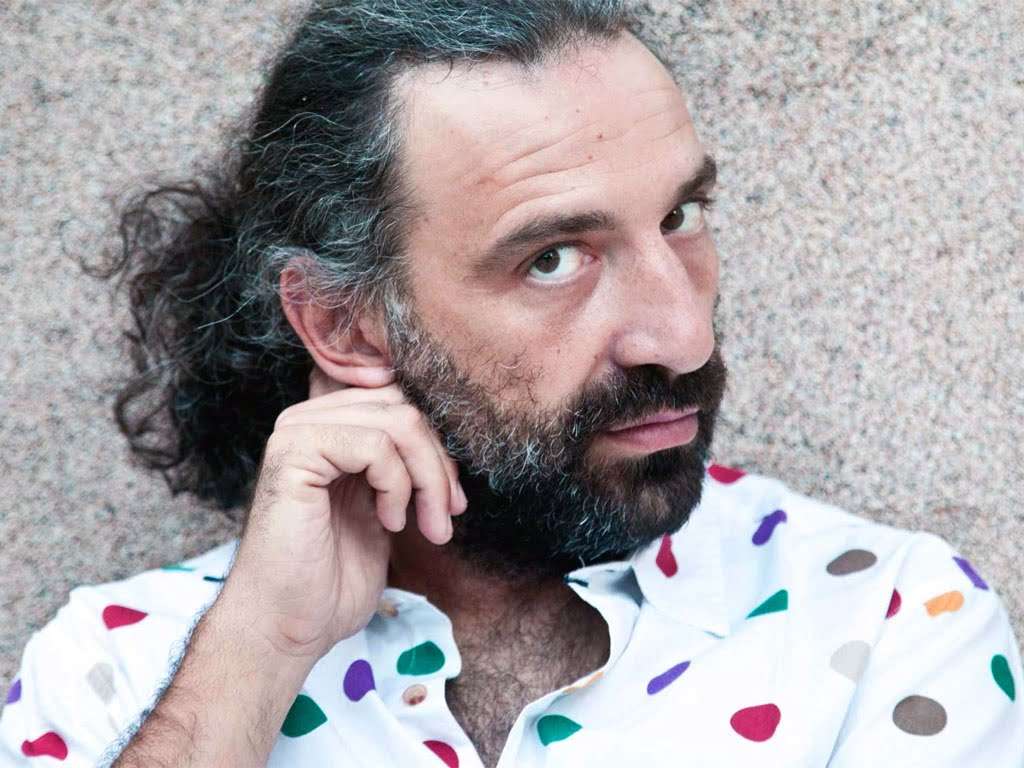 When Stefano Bollani asked the audience, about halfway through the concert, how many people were British and how many Italian, the show of hands suggested we were a pretty even split. Perhaps the same was true for the French contingent at the previous day’s Henri Texier gig, also featuring a supporting trio of clarinet/saxophone/drums behind the leader: in Bollani’s case, piano rather than double bass. But apart from the stunning musicianship, that’s where the differences ended.

Stefano Bollani is as Italian as Vespa scooters and gelato, and performs like he chain-drinks espresso doppio. The beard and man-bun might be greyer than when I reviewed his 2007 LJF performance with Enrico Rava – but the restless inventiveness is still there, burning on an even higher wattage when sparking off co-performers who threw themselves into the spirit of Bollani’s frequent clowning.

Cadogan Hall’s stage is vast, but this lively quartet managed to fill it like a rowdy table in an otherwise deserted restaurant. And what a lot we had on the menu. The starter was a rippling piano solo flavoured with hints of everything from Italian cinema to classical Sonatas. For the first of many main courses with the band, we had dual piano playing (Rhodes piano for Bollani’s left hand, grand piano for his right) topped with clarinet and saxophone flurries as nimble as Rimsky Korsakov’s ‘Flight of the bumblebee’ – all whipped along by Bernardo Guerra’s brisk drumming. Amongst several palate cleansers, a particular delight was a jaunty clarinet-piano duo on the Bollani composition ‘Lo Choro Di Napoli’.

Ideas rushed by so fast it was sometimes hard to keep up: tempo changes executed as hard as handbrake turns; mood-shifts from Classical to Blues to Klezmer to Italian pop; and sly quotes ranging from Für Elise to Jesus Christ Superstar to the shameless kitsch of Richard Clayderman’s ‘Ballade pour Adeline’ and even ‘London Bridge is falling down’ and ‘Frère Jacques’ – but all refracted through the prismatic brilliance of the band’s collective mind.

Sometimes the clowning became downright bizarre, such as an interlude worthy of Monty Python when the band members caped their heads with black towels, clawed their hands and cawed like the three witches of Macbeth. A more successful moment of clowning was when Nico Gori pretended to be an incompetent page-turner, enabling Bollani to showcase his rapid-fire switches of style.

As if this weren’t enough, we were treated to a multi-faceted workout on that hoary old Italian chestnut ‘Volare’ before Bollani – like an improv comedian – asked the audience to name tunes for an encore medley. Somehow he managed to stitch together ones as diverse as ‘Air on the G string’ Jacques Loussier style, ‘Yellow Submarine’, ‘My Way’ and David Bowie’s ‘Starman’, along with several Italian numbers enthusiastically shouted out by that Italian fifty-percent who had showed their hands earlier. Bonkers, but brilliant.