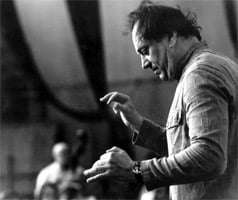 This wonderful performance of Mendelssohn’s “Elijah” marked the 20th-anniversary of the fall of the Berlin Wall, in which Kurt Masur, then conductor of the Leipzig Gewandhaus Orchestra, played a crucial role –indeed, matters would almost certainly have turned out very differently but for his involvement.

Masur is very closely linked with Mendelssohn’s dramatic oratorio and he has done this extraordinary work a very great service. We all remember performances of it that have seemed like walking through the accretions of many layers of dark, sticky varnish. This is the result of the heavily respectful, English annexation of a work that has diluted the Victorians’ understandable enthusiasm for it into a one-dimensional, worthy holiness. The LPO’s performance went a long way to clinching the process of de-anglicanisation by using the new bicentennial edition of the score, and by singing it in German, which had the effect of placing the work firmly in its early-romantic context as well as asserting its indebtedness to Bach.

Masur, looking rather like an Old Testament prophet himself, didn’t so much conduct the work as deliver it. The LPO responded to his minimalist technique with that instantly recognisable, slightly nervy Mendelssohn sound – mellifluous woodwind, with some ravishing solos and subtly coloured, early-romantic brass, underpinned by an edgy, transparent string sound. Such rapport is special, and says a great deal both about the LPO and its relationship with Masur.

His tempos had a momentum that especially suited the chorus – not huge (around 120, I should think) compared to the forces of some blockbuster performances of “Elijah” – and allowed the choral singing the sort of unforced naturalness that distinguishes the best performances of the great German passions – indeed, “Elijah” is an Old Testament passion, if such a thing could be said to exist. This ease meant that the fugues didn’t drown you in a flood of self-conscious counterpoint, and the chorus’s urgent projection gave the awe-inspiring romance of moments such as the storm and the prophet’s ascension to heaven a grandeur far removed from post-Victorian piety.

There was a major cast change, with Alastair Miles replacing John Relyea in the title role. Miles is a seasoned advocate with Masur, and his singing here had a sense of drama that was particularly vivid. Melanie Diener as the Widow was just as impressive – what a fine, responsive singer she is – and she was especially memorable in the Widow’s eloquent dialogue with Elijah.

Topi Lehtipuu and Renata Pokupic gave Obadiah and the Angel a sense of immediacy that was almost palpable – and that was with all the soloists placed at the back of the platform, just in front of the chorus. Tyler Clarke and Sarah Castle (who replaced the indisposed Rosie Aldridge) were the doomed Baal worshippers Abel and Jezebel, again singing with a compelling freshness. The Child, who reports on the forthcoming destruction of Baal, was sung, electrifyingly, from one of the high boxes in the Royal Festival Hall by Freddy Benedict.

All the familiar arias and choruses presented themselves like old friends who have made a complete recovery from something really debilitating, like arthritis, and are rejuvenated. This “Elijah” is definitely in my pantheon of great performances.