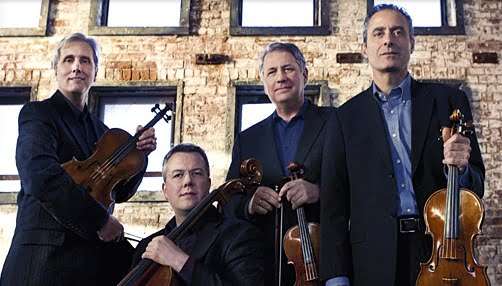 Since its founding forty years ago, the Emerson String Quartet has performed nearly the entire repertory of that genre, as demonstrated by the encyclopedic collection of recordings for Deutsche Grammophon.

This Carnegie Hall recital’s first-half juxtaposed two early-twentieth-century String Quartets that are eons apart. Ravel’s, completed in 1903, contrasts sunny and lyrical melodies with lively tunes and off-beat rhythms. The Emerson members brought out the sweetness of the opening idea, and were spectacular in the pizzicatos of the ensuing Scherzo, and they adeptly brought out the thematic links between movements. Lawrence Dutton and Paul Watkins began the slow one with deeply resonant tones, establishing a dreamy atmosphere, and there was notable interaction between the four musicians. The Finale was given with a degree of agitation to match its Vif et agité marking. 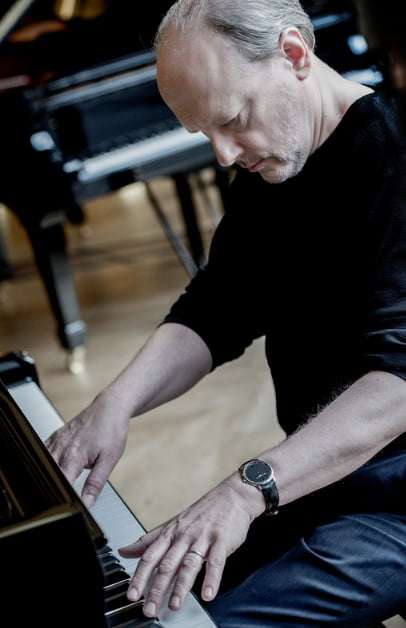 Philip Setzer remained in the first-violin chair for Alban Berg’s Opus 3 (1910) that reflects the theories of his teacher, Arnold Schoenberg, but it is far from being a student work. Its two movements diverge markedly, the first expressive, the second very intense. Berg poses many challenges, and all were carried off brilliantly, the performance never dry, but stirring in its emotional responses.

Marc-André Hamelin, substituting on short notice for the ailing Yefim Bronfman (originally Maurizio Pollini had been listed), joined the Emerson musicians, Eugene Drucker now leading, for a rousing rendition of Brahms’s Piano Quintet. In the opening Allegro, in which textures vary from ‘orchestral’ to those more typical of chamber music, the ensemble played with a keen affinity for Brahms’s inventiveness, making even the familiar seem fresh and even surprising. Hamelin kept the piano in excellent balance, whatever the dynamic, and this teamwork continued into the Andante, while highlights in the Scherzo and Trio included duets between Hamelin and Dutton and then Hamelin and Watkins. Tempo changes in the Finale were skillfully managed, the richly harmonized introduction giving way to Watkins’s statement of an idea suggestive of a Gypsy dance. To keep us on our toes, Brahms throws in a false ending, but there is another hundred bars to go to an exhilarating conclusion.

The Scherzo from Shostakovich’s Piano Quintet (Opus 57) made for an encore quite different from anything that had gone before it.