Originals & arrangements – from Boismortier and Corelli to Beethoven and Bacri 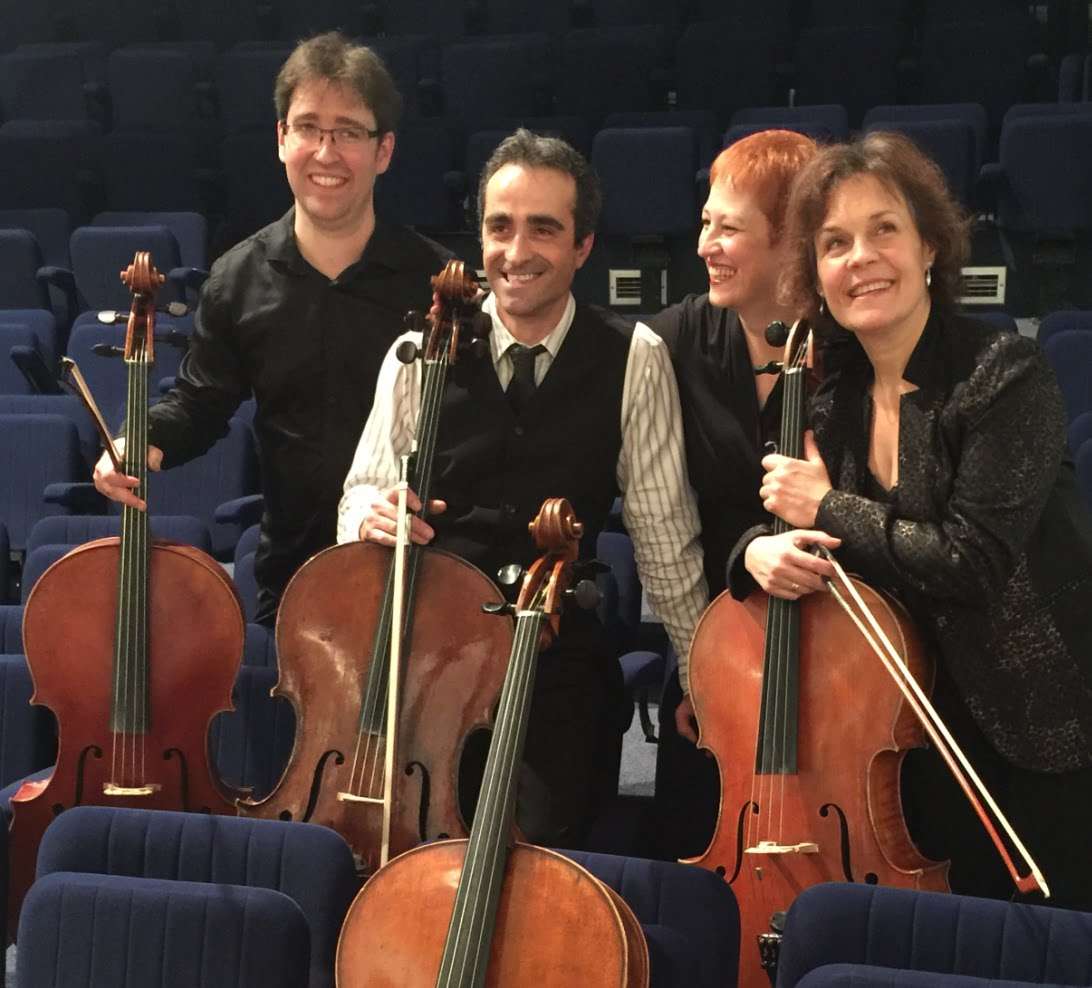 On paper this concert had all the appearance of a hotchpotch programme sprinkled with bonbons, but it proved a rewarding story of the cello across three centuries, played with considerable panache and joie-de-vivre. The Grand Salon of the National Museum of Archaeology provided an ideally spacious acoustic, with enough atmosphere and shadows to compensate for the uncompromising glare of the stage-lights in the absence of lamps.

Quatre de pique was founded in 2015 by alumni of the Paris Conservatoire. Véronique Marin is associated with Ensemble Intercontemporain and Rencontres Musicales de Haute-Provence; Diana Ligeti, Romanian by birth, won the 1992 Douai International Cello Competition and teaches at the Conservatoire and at Fontainebleau; Raphaël Perraud is principal of the Orchestre National de France; and Michael Tafforeau, professor of cello at the Rueil-Malmaison Conservatoire, completed his studies at the Royal College of Music in London. They interchange roles, taking turns at leading. Diana Ligeti has to be the personality of the group, a vibrant force whose flamboyant manner comes from the freedom and authority of someone who has no need to prove a point.

Following a cheering start in response to the French presidential election result, mobile phones in overdrive, the pedigree and corporate experience of the ensemble was at once apparent in Corelli’s La folia, Opus 5/12, a beautifully judged account rich in sonority, phrasing and meaningful dialogue. And was confirmed in Offenbach’s Scherzo-Valse and (non-credited) transcriptions from Beethoven to Grieg and Bloch. Ringing open strings, mellow pizzicatos, clean harmonics and high-register cantabile control showed off a range and expressive diversity across the registers.

Slinging her cello across her knee, strumming away guitar-style, Ligeti brought a smile to Johann II & Josef Strauss’s Pizzicato Polka, delighting in rubato, pauses, and flirtatious eye contact, and a bravura Carmen Fantasy (after Bizet) rounded off the evening raucously, even if a phrase rushed was sometimes a phrase devalued. Sophisticatedly nuanced, the encore, Piazzolla’s Oblivion, returned us to refinement and grace, a breath of bordello undercurrent on the wind – the streets of the Río de la Plata brought to the side-lanes of Valletta, tangy and dark, Ron Clark’s “joyless, hasty fling between strangers […] the woman’s head turned away like a belle de nuit avoiding an unwanted kiss.” A quality gig.