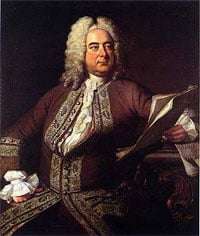 This was my first invitation to a party celebrating “Handel Year 2009” (he died 250 years ago). The festivities at Wigmore Hall began in a vocally spectacular way. How appropriate that this major London venue should commemorate Handel’s prolific operatic output in England (36 operas). Fifteen were represented, in chronological order from “Rinaldo” (1711) to “Semele” (1744). The selection of arias and duets featured a variety of moods, vocal skills and instrumental opportunities for members of the Classical Opera Company’s band, even showing that Handel could exploit the apparently rigid da capo format with diversity and imagination.

The joyful atmosphere was enhanced by spoken introductions from contemporary accounts and later commentaries on Handel, delivered with immaculate enunciation and dry humour by Michael Maloney. We learnt of the composer’s physical appearance, his choice of wig, his fleshly weaknesses and the admiration for him from fellow musicians and artists, as well as anecdotes about the behaviour of musicians in the performance of his works. 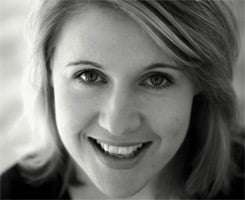 The mezzo Anna Stéphany began the concert with the furiously vengeful ‘Venti turbini’. This is Marilyn Horne and Ewa Podles territory, not only in terms of the speed of the divisions but also because it exploits the baritone-like chest register possessed by those two singers. Surprisingly Stéphany chose a tempo faster than either of them but her voice lacks their weight or power. Her response to the text was thoughtful and her decorations in the repeat imaginative. In the recitative and jaunty aria from “Flavio” she again offered her most generous interpretative ideas in the return to the opening material; earlier it was the orchestral players who made the greatest impact.

Stéphany’s moment was yet to come in a fifteen-minute recitative and aria from “Ariodante” in which the eponymous hero, believing himself to be betrayed by his beloved, contemplates suicide and promises revenge from beyond the grave. Performing without a score, Stéphany maintained a quite extraordinary level of intensity throughout this long, slow vocal trial, creating a palpable feeling of the character’s isolation. She varied her mode of delivery with artistry and held the audience’s attention through the marathon journey. The thrifty way in which she had managed her vocal resources was further validated by her ‘Se bramate’. She sailed through the fast passagework but excelled also in the brief, expressive slow sections in which the aria also abounds. This was not mechanical stuff: Serse’s dilemma was vividly depicted.

A number of duets punctuated the evening. If Stéphany was keeping something in reserve when sharing the jubilant final reunion of Tolomeo with his wife Seleuce, she was an equal and considerate contributor to a finely matched partnership in the finale of “Deidamia”, with its vivacious 6/8 dance rhythm. 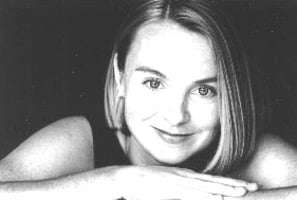 The indisposition of Sarah Fox meant no diminution in the quality of the singing, one Kathleen Ferrier Award winner being replaced by another, the Canadian soprano Gillian Keith. She was immediately conspicuous for the spontaneity of her platform manner, beaming with an endearing naturalness through her first aria, the playful, lilting assurance of Radamisto to his wife of his commitment to her protection. Perhaps she transmitted a fraction too much happiness in Cleopatra’s aria but there was much to praise in terms of her directness of approach, the clarity of her words and the consistent purity of her top notes. Her ebullience of personality was again suitably placed in the joyous ‘simile’ aria, originally written for tenor voice in “Berenice”, which compares a lover to the instinctive, non-calculating behaviour of a bee. She proved herself a team player also in the canonic duet from “Poro” with Stéphany.

The three soloists, all highly accomplished, also complemented each other winningly. The third of them, Sophie Bevan, gave evidence of wider operatic potential: her stage presence was here transferred to the concert platform. No syllable of text was neglected. In the extended recitative to Melissa’s aria from “Amadigi”, considerable attention was paid to communicating the verbal detail, particularly at the ends of phrases. In the aria itself she excelled at both extremes of the compass, her attack on soft high notes and the strength with which she articulated low-lying passages. As with every good singer of Baroque music, the da capo of this sad aria was more poignant than the original statement; the same was true of Rodelinda’s aria.

The instrumental contribution to these two pieces was particularly eloquent: though a flautist was listed in the programme it was surely a recorder’s plangent sound and sustained line that reinforced Rodelinda’s grief. In the “Amadigi” aria the dialogue between voice and oboe was central to the emotional argument. One was conscious of many other instrumental felicities; the swaying string figures which accompanied Ariodante’s lament were particularly memorable and the prominence of the bassoon at several points was a telling feature. All were part of a finely planned and executed balance between voices and orchestra for which the unostentatious conducting of Ian Page can take worthy credit.

Bevan and the orchestra perfectly created the gentle pastoral contentment of Alcina’s love song, her command of long phrases combined with her appreciation of the character. And she it was who provided the crowning glory of the evening in her concluding performance of the aria from “Semele”. A distinguished critic once issued some salutary advice against allowing one’s enthusiasm to run away. Avoid the use of epithets such as ‘stunning’, he warned, unless one literally has been rendered temporarily unconscious. On this occasion, however, the impact of Bevan’s singing demands a degree of over-statement. Choosing a very fast tempo, faster than even the great Beverley Sills, her fiorituri were amazing but equally admirable was her success in establishing and maintaining Semele’s character, brazen and defiant, so that the music was not merely decorative but genuinely dramatic.

The Classical Opera Company has the declared aim to “discover and nurture outstanding young singers”. This concert was proof of its success. It also was one of the first events in a year-long tribute to Handel, which confirmed the consistent level of his writing for the operatic stage over more than thirty years.