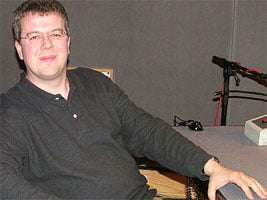 Paul Watkins, who used to be a full-time cellist, has now become the Associate Conductor of the English Chamber Orchestra. The programme choice here was an interesting one as, despite the years that separate them, the works all have common features. Stravinsky’s neo-classical world is also the world of Haydn, while the revelries in Haydn’s Trumpet Concerto are apparent in Shostakovich’s First Piano Concerto.

In Stravinsky’s Pulcinella, the Suite from the ballet score, the requisite detail from the strings was happily to the fore but any sense of momentum was absent. The chamber feel that this orchestra brings certainly helped in the solo dialogues between flute, oboe and violin in ‘Serenata’ but the ‘Gavotte’ was too harsh. Similarly the ‘Vivo’, where the often-hilarious trombone solo was limp. All in all, too tidy a performance. 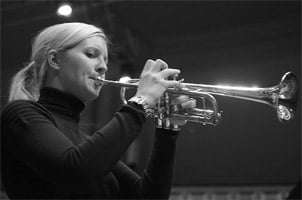 In a tight-fitting full-length dress, Alison Balsom dominated the platform without bringing much life to Haydn’s evergreen Trumpet Concerto. Her playing was seductive in the opening Allegro, integrating well with the orchestra. The expressive and haunting qualities of the Andante were also present; however, Balsom let the final Allegro down by holding back – a pity, since her instincts had produced such successful results in the opening movements.

Le Concert de la Loge Olympique, the orchestra that commissioned Haydn’s ‘Paris’ symphonies (1784 and 1785) included among its ranks 10 double basses and 40 violins. How magnificent it would be to hear these symphonies played by such luxurious forces was a recurring thought throughout this account, which revelled in the delicacy of Haydn’s scoring. Tender moments in the Andante were over-massaged but the finale was charismatic. 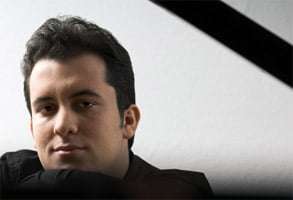 Balsom, this time in a different dress (a short, black number), returned, now with the 20-year-old Igor Levit (replacing Alexei Volodin) for an account of Shostakovich’s Piano Concerto No.1. The slapstick element that both soloists brought out of the music lessened the effect of its more-solemn ideas, the orchestra finding sereneness inherent in the second movement. The mania offered in the finale was apt.