Britten
Paul Bunyan – Operetta in a Prologue and two Acts to a libretto by W. H. Auden [sung in English, with English surtitles] 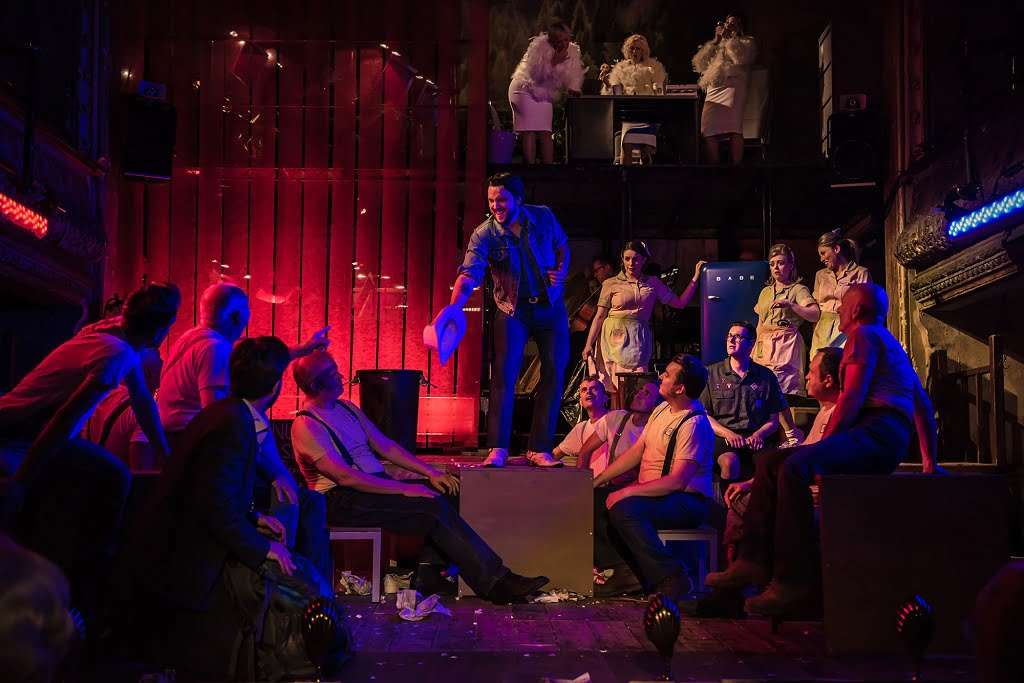 It was an odd coincidence that ENO’s staging of Britten’s Paul Bunyan, his creation-myth operetta about immigrant loggers clearing America’s virgin forests to make way for human civilisation, marked its first revival the day after a BBC documentary about tree-clearance being a main factor in climate change. Yet for all the political posturing driving the pacifist composer and collaborator-poet-librettist W. H. Auden in their self-imposed wartime exile in the United States, ecology wasn’t one of them.

Jamie Manton’s production was first seen last year at Wilton’s Music Hall, small enough to swamp the audience in volume and action. At the more comfortable Alexandra Palace Theatre, a romantically distressed barn of a place easily four times larger, the staging seems a bit less frenetic, and the music, from a huge chorus and cast and a medium-strength orchestra (about twice the size of the premiere run), a lot less obliterating. Manton’s updating from a mythic past to the high-pressure industrialisation and vaunting capitalism of the mid-twentieth-century US gets a bit lost in the detail; and apart from an image of virgin forest, there isn’t a sign of a tree.

Paul Bunyan is a strange hybrid of a piece – an operetta for chorus or high-school loaded with nods to Broadway, in which you can cherry-pick your way through multiple influences in a score that ranges from Oklahoma! to the later War Requiem – with Britten, still in his twenties, at his most precocious, exuberant and lyrical, rubbing up against Auden’s self-consciously politicised, moralising and cynical text, and you are never quite sure whether the unseen (because he is too big to be seen), mythic Bunyan (recorded by Simon Russell Beale) is vatic or manipulative – a package that prefigures today’s godlike globalisers. 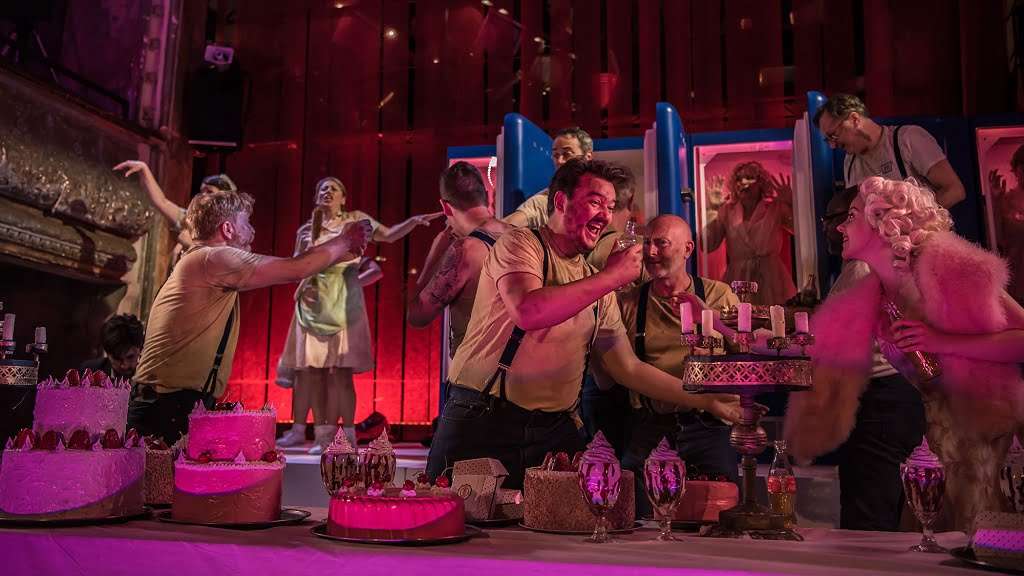 Manton’s handling of the various layers of an often maddeningly surreal staging is assured, although I still don’t get Paul’s best friend Babe the blue ox being represented by a sequence of ever-larger fridges – American consumerism and disposability? – nor the point of singers shut inside them, nor an elaborate meat-packing scene – but they go with the flow of Manton’s effervescent circling of the American Dream in all its boundless optimism. He is as impressive in his direction of the chorus of lumberjacks, farmers and farming women – who sing a lot of the time from the auditorium and are truly magnificent – as he is with specific roles. Top of my list is Elgan Llŷr Thomas who is marvellously in character as Bunyan’s melancholic, scholarly bookkeeper Johnny Inkslinger and places his singing effortlessly between Broadway and opera. Rowan Pierce is back as Paul Bunyan’s daughter Tiny (that is, normal-sized), confidently morphing into a voluptuously voiced Marilyn Monroe figure, a fine match for Zwakele Tshablala’s superb Hot Biscuit Slim who ‘becomes’ Elvis (the American Dream again), and the trio of Narrators do a fine routine as close-harmony, ditzy-blonde diner waitresses, and the multi-tasking cast keeps you on your toes with incisive characterisation and generous, lively performances.

I think I have been to Paul Bunyan at most four times over the years, and I was amazed this time at how much I remember of the score, how catchy it is and how the big ballads stay with you, and James Henshaw’s elegant directness with the orchestra and its idiomatic, seductive sound plays its part in rooting this strange, prescient piece even more firmly in the mind.