Handel
Partenope – Opera in three Acts to a libretto by Silvio Stampiglia [sung in an English translation by Amanda Holden, with English surtitles] 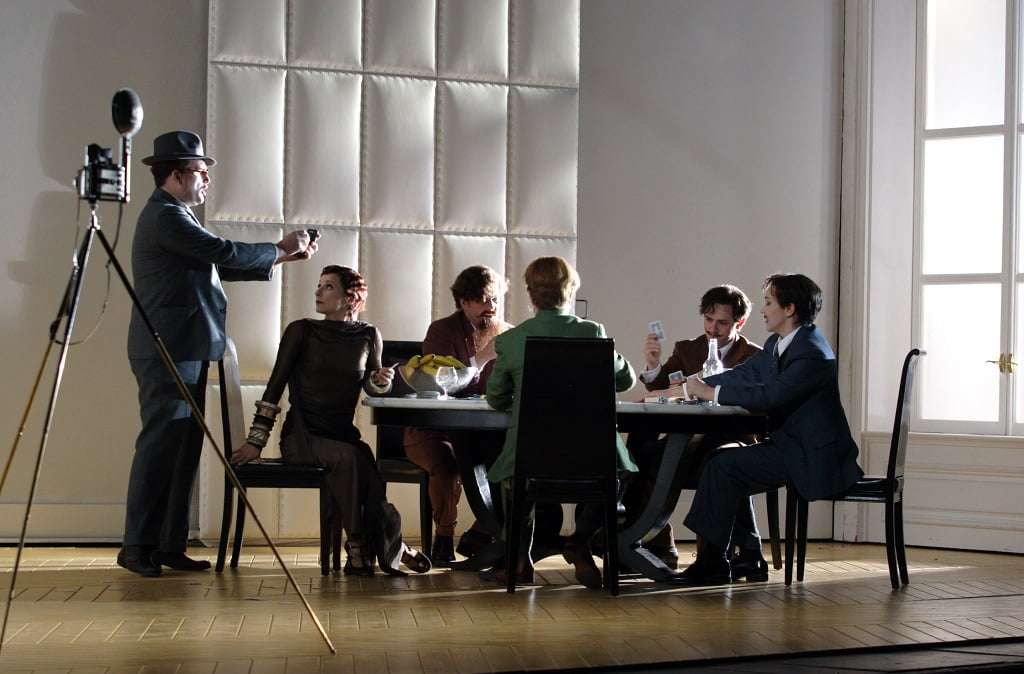 A week after International Women’s Day was observed, it is appropriate that English National Opera’s revival of Handel’s Partenope opens. In concentrating upon the workings of the female heart it could even be said to be a proto-feminist opera, and Handel’s sensitivity towards, and insight into, the workings of the womanly psyche have often been praised as unusually astute amongst musical dramatists. This 1730 stage-work centres upon the connected love interests of two women and the means by which they win round their chosen objects of affection.

Christopher Alden’s production takes its cue from the dramatically anti-climactic moment when Arsace calls the bluff of Eurimene (one of Partenope’s apparent suitors) and suggests that they fight a duel bare-chested, thereby forcing Eurimene to reveal that ‘he’ is in fact Rosmira, Arsace’s once-jilted lover. There is a concentration upon female body parts – partly inspired by Man Ray’s imagery – which is understandable in this work exploring gender and the attraction of the sexes towards each other. But, although it is a clever idea to turn the invasive wiles of the bellicose suitor, Emilio, into that of a perverted voyeur with his cameras and film projectors sinisterly prying into Partenope’s world, the recurring references to breasts and female genitals – however artistic – threaten to make us see the drama through Emilio’s prurient eyes rather than through more sympathetic or enlightened ones. 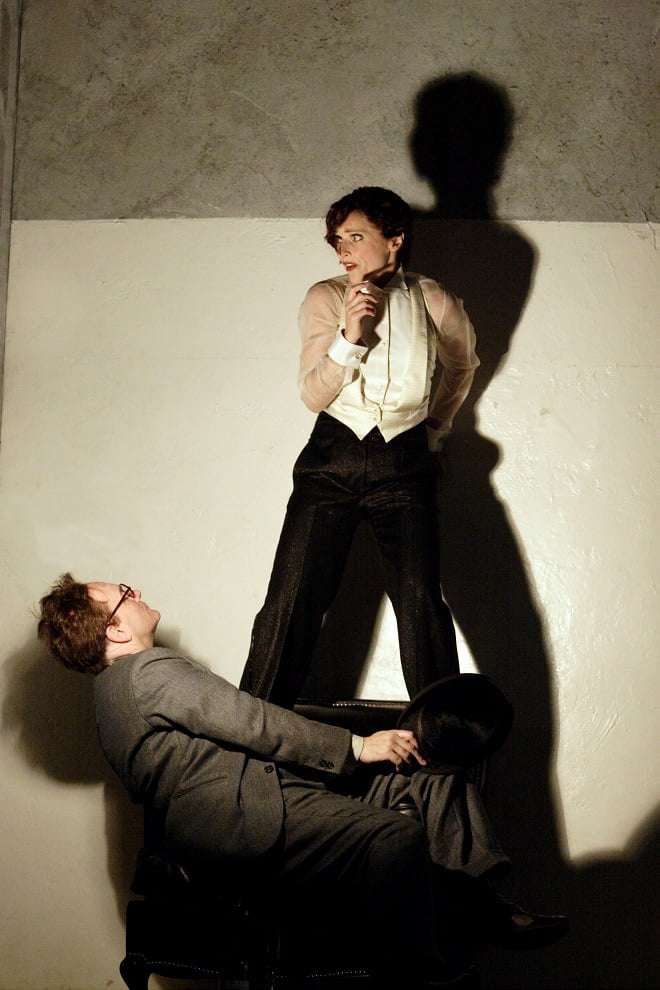 Alden and Jon Morell also get carried away with the notion of Rosmira’s transgender disguise as, during the duel scene, they have Emilio dressed in a skirt and Ormonte in a garish pink dress with hoops. If these are provocative elements, elsewhere it depends upon theatrical cliché such as the magic tricks conjured in Emilio’s final aria – even if ironised, perhaps – and Rosmira’s hurling objects about at the end of Act One. That is underlined by the comparative under-use of the stylish set – Francisco Negrin’s production for the Royal Danish Opera, Copenhagen, recorded on DVD shows, in contrast, what can be done with a more pro-active approach to action in a not dissimilar setting – and it is doubly unfortunate that Amanda Holden’s translation also uses a lot of clichéd phrases and similes, downplaying a somewhat more structurally fluid opera of Handel’s which anticipates Serse with its brisker dramatic pace and levity (both share the same librettist).

The cast is less starry than on its original run in 2008, but is accomplished enough. Sarah Tynan’s first number as Partenope, with wide vibrato and swoops in the opening section of the da capo aria verging on premature decoration, initially seemed to betoken a uniformly feisty interpretation. But she settled down to a more subtle and refined account, both theatrically and musically. Although Arsace can seem the villain of the piece in his pursuit of Partenope after having broken his vows to Rosmira, Patricia Bardon made him a more sympathetic character, expressing his confused emotions and preferences with musical charm, even if it might have confused some of the audience by casting this male character (who does not enter any disguise) with a female singer when the plot of this fairly unknown opera is already laden with narrative and cross-gender complexity. Stephanie Windsor-Lewis evinced fire and flair as Rosmira in confronting the duplicitous Arsace, but also tenderness in an ultimately warm, well-rounded realisation.

Rupert Charlesworth replaced Robert Murray as Emilio, and was somewhat rough in his singing. To some extent that might be deemed suitable to the role, but Murray would surely have brought more musical character, though Charlesworth certainly acted the part well, lurking on the scene for stretches even when not singing. Similarly James Laing negotiated some tricky choreography in one aria – unsuccessfully contriving various ways to climb up a staircase as a symbol for Armindo’s contorted and initially elusive pursuit of Partenope – whilst maintaining secure vocal grip upon the music. Matthew Durkan’s Ormonte was witty enough, though musically he might have made more of his single aria. 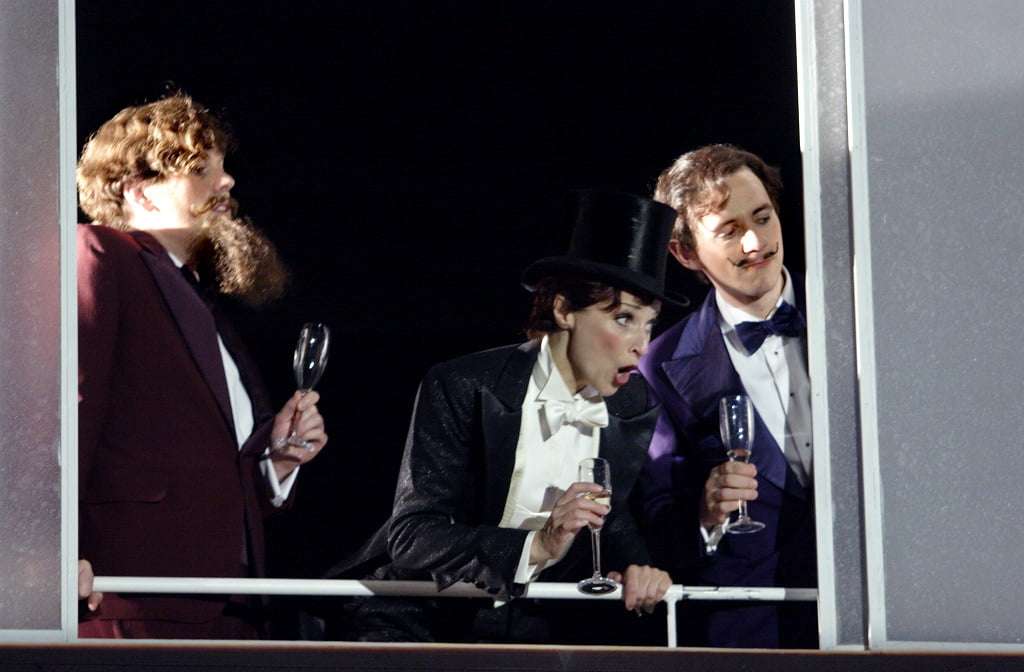 Christian Curnyn’s direction of the ENO Orchestra was varied. In Act One, although the music pulsed with life from the continuo line, tempos were rather unvaried and so the score was characterised fairly weakly, not least in the rather relaxed aria ‘Io seguo sol fiero’ with its hunting horns (later resurfacing as the Finale of the third Concerto a due cori), needing more vigour and pace. But his performance took off in Act Two, with its opening sequence of a few instrumental interludes and choruses with the glow of trumpets added to the orchestration, and greater thrust to the music thereafter. There was much that was solid, but often it failed to sparkle which this particularly charming and inspired score can afford to do much more.

Despite some weaknesses, then, ENO has still done a rewarding service in mounting a comparatively rare opera which rings the changes from the rest of the Handelian canon. This production offers just enough to recommend it to a wider audience, and grants some insight into the emotional depth which Handel’s operas frequently sustain.