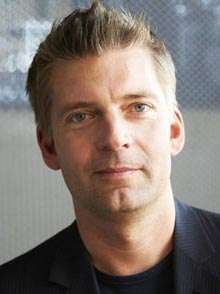 The world premiere of Snowstorm, a 20-minute feast of orchestral colours and clashing dynamics, was brought to life at Auditorium de Bordeaux by the Ensemble Intercontemporain, the Paris-based experimental group founded by Pierre Boulez. The piece shows every promise of becoming an integral part of the avant-garde repertoire. Arturo Fuentes (born 1975), a mop-haired Mexican now working in Vienna, was present and delighted with this first performance. Snowstorm is co-dedicated to Boulez, who turns 90 next month, and Matthias Pintscher.

Fuentes says he was inspired by the 1842 Turner painting, Snow Storm – Steam Boat off a Harbour’s Mouth. He has captured its essence by creating a “sombre and vague” mood, “qualities I sometimes like to produce in my compositions”. The score evokes an elemental storm as a chaotic and dissonant orchestral uproar is set against a kind of duel of two flutes (Sophie Cherrier and Emmanuelle Ophèle at opposite sides of the stage) throughout the development. Cluster-chords, some at full-forearm, throbbed from the piano. Pintscher held it all together with some muscular conducting. The next performance of Snowstorm will be at the newly inaugurated Philharmonie de Paris on Friday February 13. 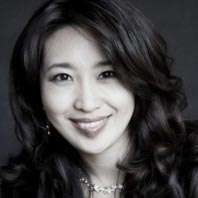 The Fuentes piece eclipsed the other offerings in what was a marvellously varied programme of pieces. The hall was half-full but only a few listeners slipped away early.

The headliner might have been assumed to be Arnold Schoenberg’s Five Pieces for Orchestra, composed in 1909 and revised a couple of times later, but heard here in an arrangement from 1920 and requiring twelve players. Pintscher gave it a sensitive reading. It was one of Schoenberg’s first forays into atonality, his courageous split with European harmonic traditions. In these Pieces he can be heard searching for a new musical language and greater expressive power, described by the composer as “lacking all architecture or structure”, creating “a succession of shimmering, uninterrupted colours, rhythms and atmospheres.”

Pintscher had opened the concert with his A Twilight’s Song, for soprano and seven instruments, based on an E. E. Cummings poem. The first few bars were barely audible, inviting the audience to really listen, and the pianist spent most of the piece inside the instrument plucking and strumming as the South Korean soprano, Yeree Suh, traded passages with reeds and strings, a mix of speech and coloratura, and she converged with the strings at the end for a whispered frisson.