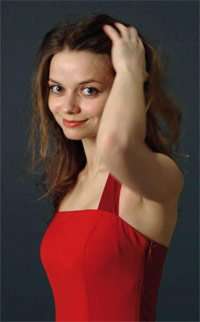 Evelina Puzaite is a pianist with a promising past and a spectacular future, at least on the evidence of this Wigmore Hall recital. Along with many others, she secured her credentials by winning numerous international piano competitions. She has progressed to being awarded an exclusive recording deal (with Landor). All well and good – many pianists achieve such honours but few are remembered in future years.

This Wigmore Hall recital showed evidence of Puzaite’s claim on our collective memories for many years to come. She chose a daring programme, with Robert Schumann and his wife Clara in the first half and Manuel de Falla and Prokofiev in the second. Few pianists would choose to contrast early 19th-century Romanticism with the modern 20th-century exhibitionism represented by the Spaniard and the Russian. Perhaps the peerless Richter would have planned such a recital, or maybe Gilels – but few today.

Planning is one thing; being able to play this range of repertoire, let alone carry your audience with you, is quite another matter. So the challenge was set down. The choice of Clara Schumann’s Variations on a Theme of Robert Schumann was interesting if unwise. Clara was a capable pianist and talented composer, but these Variations comprise second-rate music, with little tonal contrast and a weak ending. Puzaite did display the undoubted forcefulness and virtuosic elements here, but they paled into the shadows once Davidsbündlertänze began.

This work, so variable in mood, needs a pianist of real vision and technical capability to bring out all its manifest qualities. Puzaite superbly captured the extraordinary variety of melodic and textural invention, almost as though the composer himself were playing the piece.

Puzaite’s playing of Falla’s tribute to Andalusian Spain, Fantasia Baetica, was another tour de force. Arthur Rubinstein commissioned and played it, but suddenly dropped it, perhaps because of its technical demands. Puzaite’s playing was suitably stunning, capturing the essence of Southern Spain: its brilliant sunlit landscape, its exotic rhythms and the sheer exuberance of living in such a gorgeous setting.

Schumann and Prokofiev make strange bedfellows, although sharing one characteristic: that of being (pioneering) composer/pianists. A selection of Prokofiev’s short salon pieces from his Opus 12 were dispatched with suitable nonchalance. His Third Sonata, completed in 1917, is a single-movement display-piece requiring a fearsome technique and a sense of pure bravura, and Puzaite did not disappoint here either, her ability to throw off the sparks supremely effective.

Puzaite played three encores – one each from Clara Schumann, Ginastera and Čiurlionis – ending a recital that surely allows her to discard the label of ’emerging talent’; she has the brightest of futures.