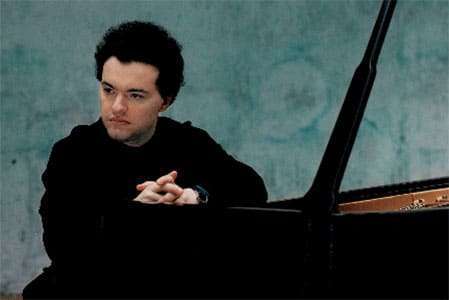 Carnegie Hall’s Stern Auditorium was packed to overflowing for Evgeny Kissin’s recital. Beside his extraordinary technical prowess, Kissin’s remarkable gift for conveying the inner poetic nature of the works he plays with a combination of strong character and sensitive expressivity is extremely engaging.

The first half of the concert was devoted to Schubert’s relatively late D major Piano Sonata. From the moment that Kissin reared back, arms poised to forcefully attack the opening chords, one sensed that this performance would reveal the composer’s dramatic power – an aspect of his creativity too often overlooked or underplayed. Kissin pounded out the repeating notes of the opening theme with tremendous strength, yet he graced the soft, florid figuration of the second subject with a delicacy that enhanced the contrast between them. Kissin gently glided over the piano’s keys during the meditative opening of the second movement, marked Con moto, juxtaposing its tender sentiments against its more assertive sections played with robust aggressiveness. In the scherzo, Kissin highlighted the distinction between the demonstrative first subject and the warm, prayer-like second. The relatively modest finale, with its cantabile melody set to a walking pace and graceful dance music, seemed almost childlike in its simplicity, enhanced by Kissin’s enchanting yet eloquent manner of expression. When the music ventured into more energetic and assertive territory, he emphasized its difference with the unassuming little tune through authority and intensity without disaffecting its refinement and loveliness.

The second half of the program explored the early piano music of Scriabin, which is suffused with the influence of Chopin, such as the first of the two movements of the Second Piano Sonata, played without pause. Under the spell of the sea, Scriabin tells us that he sought to evoke “the quiet of a southern night on the seashore” imbued with “the dark agitation of the deep” which gives way to the “caressing moonlight coming up after the first darkness of night”. A “knocking” motif opens the work as if warning of catastrophe. With subtle rubato Kissin captured this meditative dream-world and a somber, murky quality that threatens calamity. The cataclysm is not long delayed, coming with full might in the second movement, representing “the vast expanse of ocean in stormy agitation”. Waves of sound begin quietly yet forebodingly and soon deluge the music as the storm builds. Kissin negotiated the whirlwind passages (sometimes eighteen notes to the bar in the right hand) with precision yet reckless abandon. The thunderous sonorities that wrenched from the leaping bass line were astounding and moments of repose did not linger, soon giving way to renewed onslaughts of the storm music.

From Scriabin’s twelve Opus 8 Etudes, Kissin selected seven, ordering them so as to juxtapose slow tempos with outpourings of supercharged energy. He intensified the rhapsodic character of No.2 with vigor, and then ever so lightly caressed the soft musings of No.4’s lyricism. The dreamy quietude of No.8’s introverted expression served as relief from the ardent emotions of No.5. Kissin hurtled through No.9 with demonic fury, and the concluding pair also formed a perfect duality – the fragile strains of No.11 followed by the burning ardor of No.12, the best-known of the set and akin to Chopin’s ‘Revolutionary’ Study.

Kissin offered three encores: an attractive ‘Siciliano’ by J. S. Bach, as arranged by Wilhelm Kempff; an imposing treatment of another Scriabin Etude (in C sharp minor, Opus 42) and a rapid-fire reading of Chopin’s Polonaise in A flat, Opus 53, given with astonishing agility.