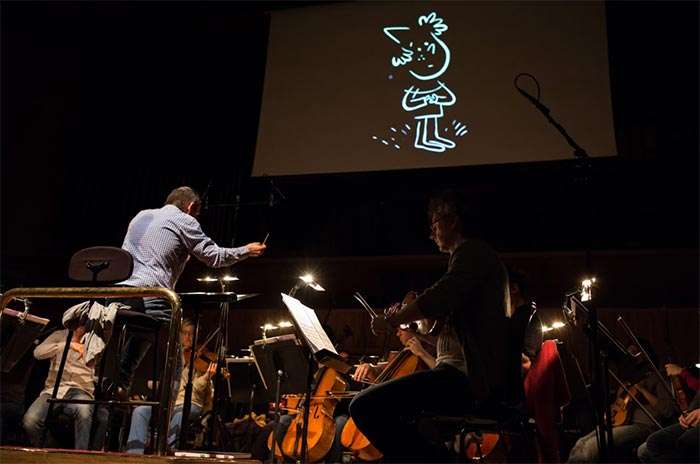 As part of the Southbank Centre’s International Orchestra Series, Les Siècles and François-Xavier Roth made a French Connection to four native masterpieces and with a soundworld appropriate to their times of creation. Whatever the repertoire, and Les Siècles covers the range, the players try to use commensurate instruments, Here the strings were gut and vibrato was used.

Debussy’s Jeux, composed for Diaghilev’s Ballets Russes, was first-produced in 1913 and became the composer’s final orchestral work. This elusive yet seminal score (much-admired by Pierre Boulez) was shimmered into life by the baton-less Roth, the performance taking just a little while to settle but always transparent in timbre and just in balance, the sounds gratifyingly less-bright than with a ‘modern’ symphony orchestra, the music vividly detailed without force, Roth keeping the score in progress but leaving room for sentiment and investing pregnancy into pauses.

Jean-Efflam Bavouzet is a seasoned campaigner on behalf of Ravel’s Left-hand Concerto, completed in 1930 for the Austrian pianist Paul Wittgenstein who lost his right arm in World War One. In-keeping with the ‘period’ stance of Les Siècles, Bavouzet used a handsome-looking Pleyel piano, which Ravel would have known although he had an Érard at home. The Pleyel, a brown bear rather than a black beast of an instrument, brought its own distinction to Ravel’s great work, a drier, woodier stamp, leaner, clarity its essence, and a thunderous if focussed bass when Bavouzet elicited one. He played superbly and, following the mists of the beginning, with every orchestral strand opened out, and with an appealingly croaky contrabassoon solo, Bavouzet was in commanding form. Roth set a faster-than-usual pace for the middle section and its dark jazz, and Bavouzet ensured that the cadenza was suitably cumulative. Sometimes, when the woodwinds signal the orchestra’s return they can be indistinct, but with this piano and these instruments both audibility and blend disproved any miscalculation on Ravel’s part: we heard what he expected, and there was much about this concert that was similarly illuminating. 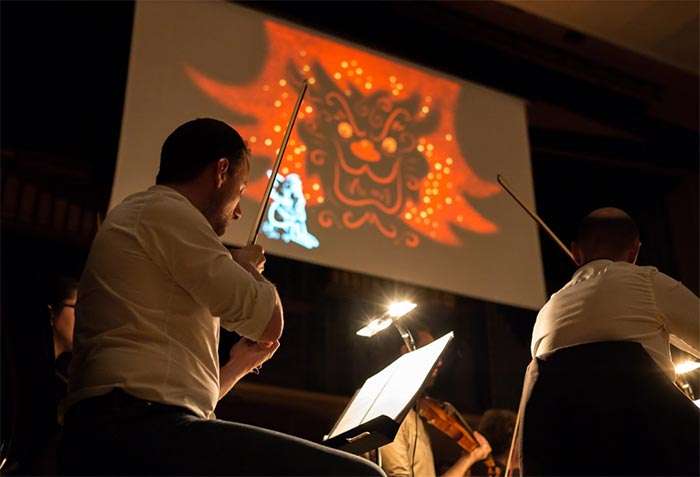 Bavouzet offered an encore, both hands now employed, Ravel’s Jeux d’eau, the Pleyel rippling responsively to Bavouzet’s virtuosity, fountain-spray activity giving way to a calmer residue. No wonder the pianist patted the piano with affection; a job well done from both.

With Mother Goose (1912), given complete, we hit a bit of a snag, if not a disastrous one. Ravel’s inimitable score says it all, and then a bit more, so having graphics flashed up on a screen could be counted as a distraction. Grégoire Pont – positioned behind the first violins (Roth likes the seconds the other side of the podium) with his drawing board – produced animations that were consistently complementary to the music and on their own terms proved attractive, witty and nicely coloured, very artistic … but watch them and the music faded a bit (made incidental), look away and the ears had a treat, not only magical music but an innate realisation of it, although it had to compete with some disturbing coughing. Fortunately, the screen was high enough to be ignored, or viewed briefly, for the subtlety and affection of the music-making was the real and only deal, shapely and nuanced, and full of character, culminating in an especially rapt ‘Le jardin féerique’ that was clapped into far too soon, Roth keeping his arms aloft regardless. 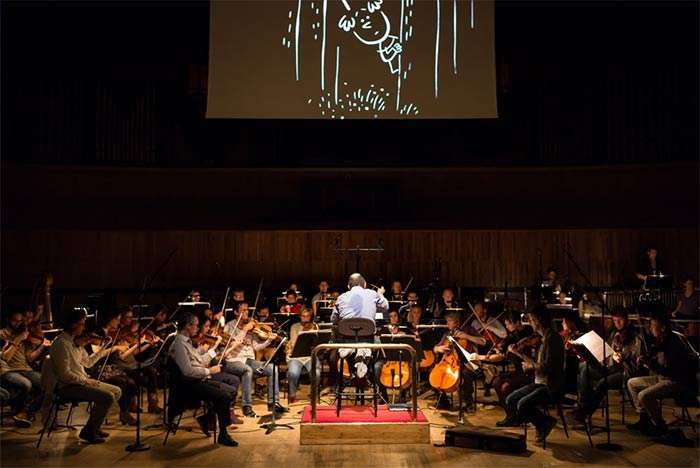 The members of Les Siècles are devoted to their particular cause and were busy practising well before the start of each half; and their tuning procedure is a complex affair. Roth’s conducting of La mer (1905) was something of a masterclass, flowing and atmospheric, but also symphonic, so that when ‘Midday’ arrived to close the first movement it did so organically and brass and percussion were integrated without being downgraded; and I’m not likely to forget the ensign-waving piccolo a little earlier. ‘Play of the Waves’ was lively and darting, perfectly paced, viewed whole, and the final ‘Dialogue of Wind and Sea’ had plenty of drama.

There was a curious end to the concert. The musicians produced further copy, an additional oboist appeared, Roth said a few words, and then gestured that his troops leave the stage, so they did. The extra piece would have been a ‘Prelude’ (said the first-violin parts), maybe the opening of Tombeau de Couperin or from Fauré’s music for Pelléas et Mélisande, or something else! We may never know!