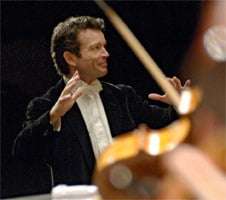 What a splendid evening this was – music by my favourite composer sung by a leading exponent of it and played by a small group of skilful instrumentalists, directed by harpsichordist-turned-conductor Christophe Rousset.

Les Talens Lyriques fielded 22 players, of which two were oboists, two bassoonists and one a harpsichord-player, with the strings laid out 5-5-3-3-1. They had the stage to themselves in four pieces, all played with elegance and lightness of touch. The wind instruments had a short but delightful passage in the “Terpsichore” Chaconne. The lightness yielded, with no loss of effectiveness, to something more outgoing in the dramatic and furious arias, with Rousset directing stylishly.

The concert was one in a European tour being undertaken by the orchestra and the eximious Joyce DiDonato, in line with their recording of Handel arias, presented under the title “Furore” on Virgin Classics 5 19038 2. All the arias performed at the concert, at least those in the printed programme, are on the CD. What a pleasure it is to hear DiDonato, whose fluid and focused tone has a lovely timbre, be it in the long phrases of a showpiece like ‘Scherza infida’ or in the bravado of ‘Cruda furie’. 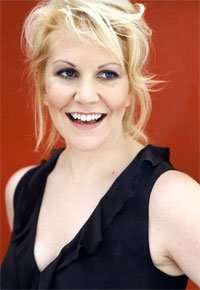 To suggest that somebody is the finest Handel mezzo of the day is as silly as selecting the world’s greatest orchestra. Nevertheless, Joyce DiDonato is surely one of the best in that category of Handelians.

She can spin a line with purity and evenness, as one heard in the first item, Medea’s ‘Dolce riposo’ from the little-heard “Teseo”, only to follow it with two examples of Medea’s anger and lust for vengeance. How satisfying (no, more than that) it is to hear Handel’s divisions, with their long, florid runs, sung clearly and without disfiguring aspirates. After the overture to “Imeneo”, an opera perhaps more neglected than “Teseo”, DiDonato continued to excite with ‘Sorge nell’alma mia’, in which jealousy rises in a torrent of torment as Tirinto fears his lover will choose someone else. Remember that the theme of the programme is madness, a state nowhere better displayed than in Serse’s ‘Crude furie’, in which DiDonato used full-voiced agility to depict her character’s fury. In this, DiDonato was almost at full vocal throttle, as it were.

Even more so was she in Dejanira’s mad scene, ‘Where shall I fly?’, from “Hercules”. She did in places distort slightly both her tone and line to portray Dejanira’s manic state, with one or two breathy notes and occasional rawness of sound, but as she added some facial and bodily responses to the words she was quite effective. Far different was ‘Scherza infida’, its long lines eloquently shaped, although some may have felt that it was too placid in this account, too slow: gloriously vocalised but lacking a touch of determination on Ariodante’s part, for he sings that he will return from death to torment Ginevra. Actually, I enjoyed it!

DiDonato offered an encore in the shape of Serse’s ‘Ombra mai fu’, causing me to think what an obvious choice it was: ubiquitous, but what a lovely tune it is, one that cannot be improved, except that it was by DiDonato’s graceful and refined singing of it. There was yet another extra piece, in utter contrast: ‘Dopo notte’, a swift aria in which DiDonato gave a dazzling display of vocal virtuosity. It concluded a wonderful concert of beautiful music, with a mezzo-soprano who sings difficult arias without resorting to mannerisms.