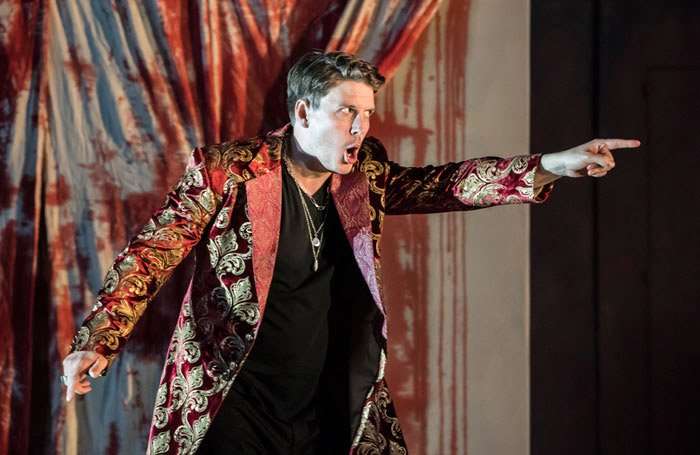 Is Don Giovanni the most abused opera in the repertoire? It must be years, even decades, since there was a direct line to the failure and emptiness of amorality as directors try and cram it into specific agendas. Michael Boyd’s new staging for Garsington turns out to be no exception, which is frustrating because it starts well before limping to a puzzling end.

In his contemporary production, Boyd has remodeled his Giovanni (the cast list dispenses with all the Don and Donna honorifics) as a cynical superstar artist, along the lines of, say, Andy Warhol, with a retinue of followers, like Warhol’s Factory, deriving a reason for living from his A-list glamour. Tom Piper’s set is Giovanni’s loft-style studio with lots of slickly operated sliding panels, geared to creating huge abstract paintings using Jackson Pollock-style instant action-art – not for nothing was Pollock known as Jack the Dripper – and during the Overture, the #Metoo-ignorant Giovanni and his latest squeeze Elvira together create a graphically sexual canvas, which they then ‘enter’ to make real what they’ve just squirted, splodged and ripped onto and into their work.

It’s a surprisingly humour-less vacuum, and Boyd accurately recreates the cult-like grip art can have on the fragile and impressionable, at the same time as setting up all sort of needs to do with belonging, disposable fame and the ‘now’ of instant gratification. Yet he doesn’t explain why Giovanni’s tumescent lust is a natural extension of his manically over-hyped talent, and Boyd’s initial strong idea can’t compete with Mozart and Da Ponte, and reverts to a broadly conventional Don Giovanni acted out alongside the detritus of art and the trappings of celebrity. 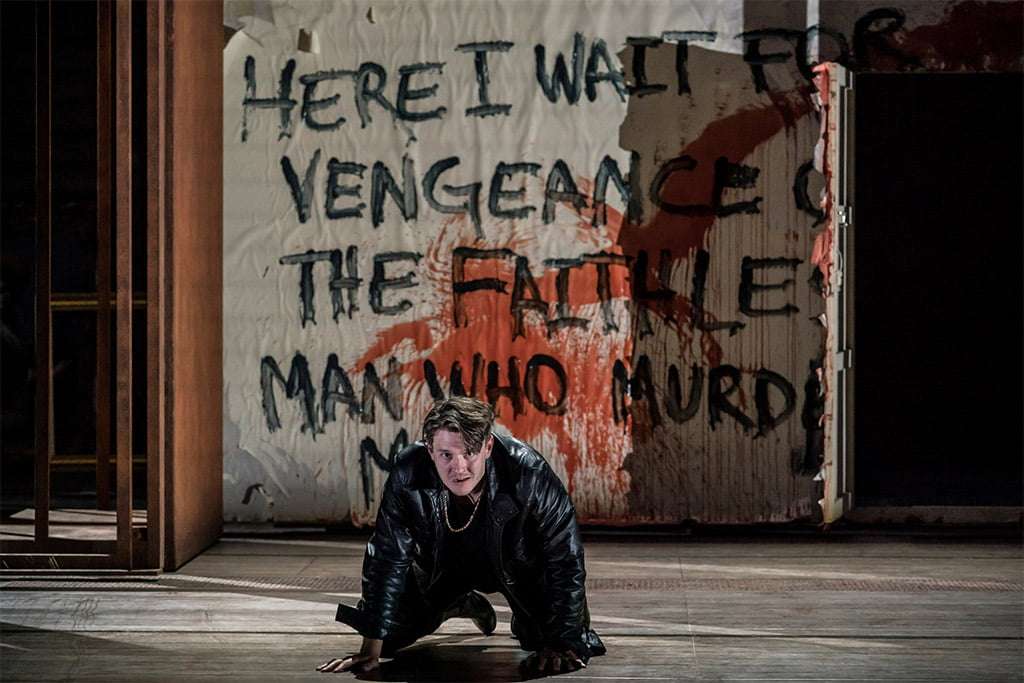 There are also things that don’t work, such as the Commendatore’s murder or the fact that all the men carry firearms – if there are gangster or Mafia elements, they don’t register. After a strongly staged party scene at the end of Act One, focus drains in Act Two, the unhellish ending with the Commendatore’s tomb and statue simply does not work, and Boyd jettisons Mozart’s and Da Ponte’s moralising ending. No, it doesn’t fit into his plan, but even so…

The first half or so surges by, and the men are generally strong, Jonathan McGovern’s Giovanni veers between mischief and perfunctory licentiousness, but his lithe acting and seductive baritone carry the evening in his arias and ensembles. Leporello here proves rather director-proof, and David Ireland’s energy and wit raise Giovanni’s game. Ireland sings superbly and, as Giovanni’s stooge, is up for a lot of neat stage violence. Trystan Llŷr Griffiths sings both of Ottavio’s arias with Mozartean elegance and is almost forceful as Anna’s fiancé. Thomas Faulkner’s Masetto is a great pleasure, especially in the overtly sexy ‘Batti batti’ with Mireille Asselin’s excellent Zerlina, the two of them presenting a strong moral compass. Sky Ingram’s Elvira is by turns neurotic, needy and vengeful, and Ingram has a fittingly imposing presence and flaring edge to her voice for ‘Mi tradì’. Camila Titinger’s self-righteous Anna strains sometimes for volume, but she looks suitably imperious and stylish.

Douglas Boyd’s conducting keeps the music on the boil. There was the odd slip of ensemble, but in general the orchestral playing has character. Given the amount of complicated stage business, everything seemed thoroughly rehearsed, but this isn’t a classic Garsington presentation.