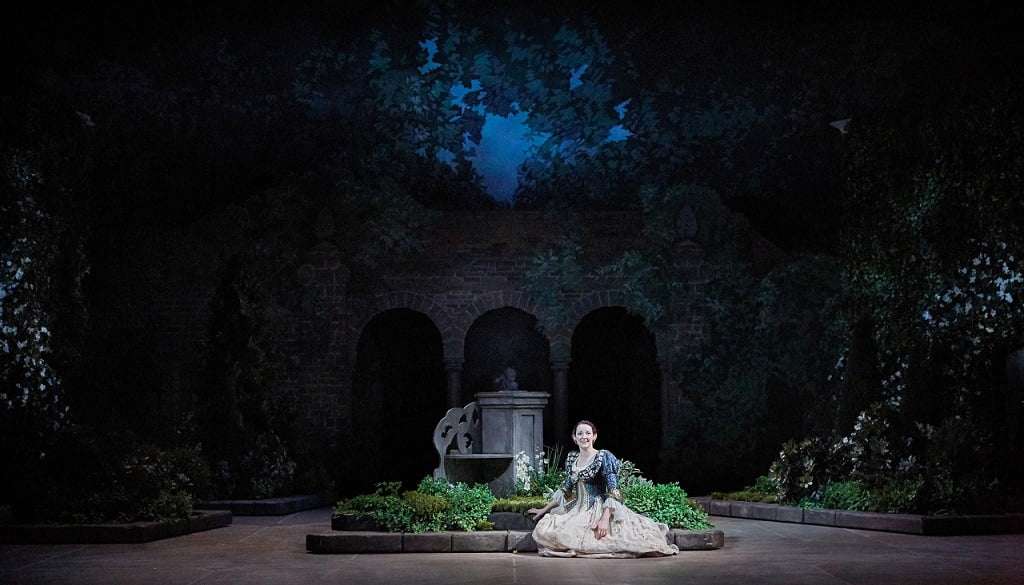 It is a supreme irony that Mozart’s Le nozze di Figaro should have become the ideal country-house opera since Beaumarchais’s play was a scarcely-veiled attack on everything to do with feudal privilege. Written on the cusp of the French Revolution, it was considered thoroughly subversive. In particular it lampoons droit de seigneur the right of aristocrats to any woman servant. It could be argued that one of the English Establishment’s saving graces and the key to its long term survival has been self-assurance and propensity to absorb fresh blood from other cultures. If so, the audience at Garsington was thoroughly representative; after all, we live in a World which places great store on economic and cultural diversity.

Figaro is a revolutionary step forward; rather than the Gods and Goddesses of myth it is one of the first operas to deal with the lives and emotions of people, a precursor to the ‘upstairs-downstairs’ world of much subsequent art (such as The Forsyte Saga, The Go-Between or Downton Abbey). It is above all an ensemble opera with many characters simultaneously giving vent to conflicting feelings, Mozart integrating recitative and aria so as to accommodate the complex plot of Beaumarchais’s play.

John Cox and Douglas Boyd clearly enjoy working together and it shows in a variety of subtle ways. This is no ordinary Figaro – there is a tangible sense of affection in every bar. The effective use of the large stage makes light of the many entrances and exits and the sets – perhaps with the exception of the slightly distressed Farrow & Ball colours of the opening scene (would the Count have really given the young couple such spectacularly beautiful accommodation?) – are entirely apposite, and the final scene where the stage is transformed into to a garden is quite magical. The costumes, traditional if classy, avoid the absurdities of some other productions. 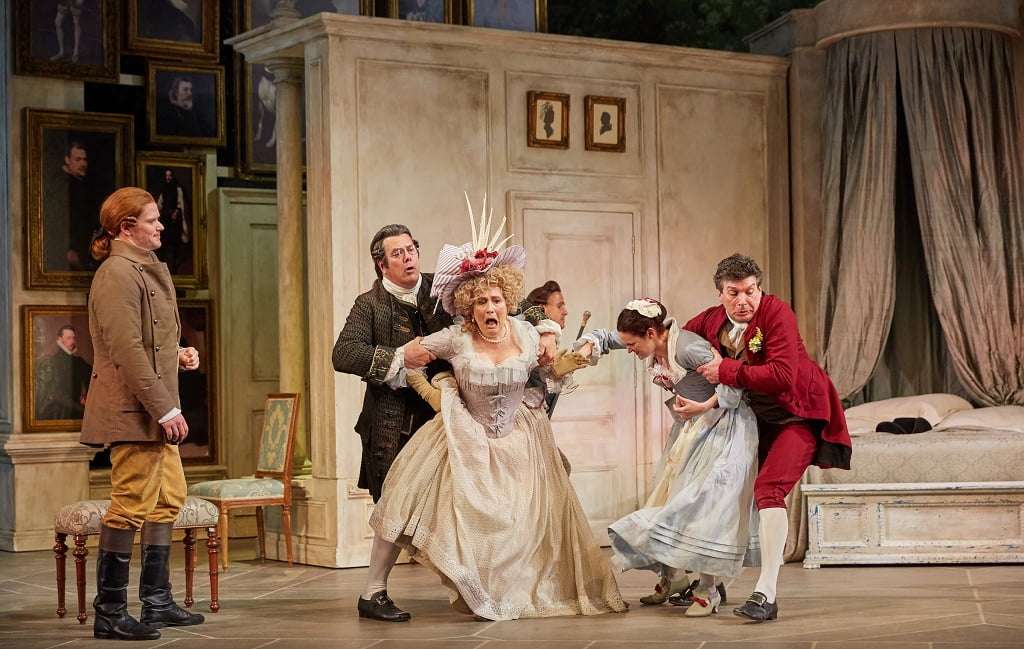 There are also many interesting and enlightening touches. In the first scene alone, rather than pacing out their bedroom, Figaro is measuring it using a paper plan whilst Susanna is more interested in her veil and the catfight between her and her rival Marcellina has real claws, all very true to Life, as was the first sign of trouble in the lead-up to ‘Se vuol ballare’ when Figaro realises the Count’s true intentions. Above all Cox & Boyd (if that doesn’t sound like a legal firm) have the inestimable gift of pacing the action so that it flows effortlessly forward. In this they are greatly aided by Andrew Smith’s excellent fortepiano continuo – more suitable than a harpsichord. Details such as the well-choreographed dancing at the close of Act Four give particular pleasure.

There is a predominantly youthful and finely balanced cast. Duncan Rock makes an imposing Count Almaviva whilst Kirsten Mackinnon displays a moving vulnerability and touched the heartstrings in ‘Porgi amor’. Figaro is sung with authority and aplomb by Joshua Bloom whilst Susanna drew a feisty, well-acted portrayal from Jennifer France, the linchpin of the plot.

Stephen Richardson’s well-sung Bartolo, Timothy Robinson’s oleaginous Don Basilio, Alison Rose’s suave Barbarina and above all Marta Fontanals-Simmons’s Cherubino all deserve mention – the latter’s ‘Non so più’ was positively palpitating with teenage hormonal excitement – and Antonio, who uncovers Cherubino’s escape through the Countess’s window, sung by the wonderful and appropriately named Andrew Tipple, the gardener who is supposed to be an habitual drunk.

Douglas Boyd conducts with authority and passion, and the Chorus and Orchestra perform with character and sensitivity, not least Tristan Cox whose solos were of extraordinary potency, especially in ‘Dove sono’. This productions brings us close to the beating heart of Figaro the opera.