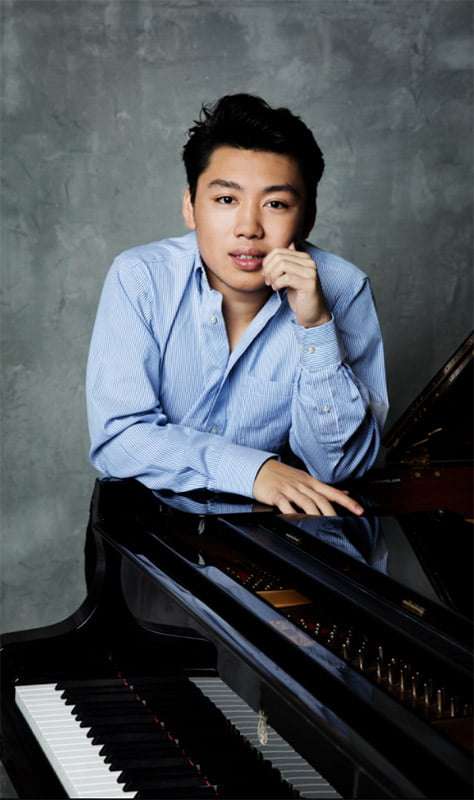 George Li is Chinese-American, aged twenty-two and won the Silver Medal at the 2015 Tchaikovsky Competition. All very impressive, but his distinguished background doesn’t prepare you for the vigour, imagination and affection of his playing. Even when something didn’t quite work, which for me was the first movement of the Chopin, you never lost touch of a prodigious and secure technique entirely at the service of the music. This International Piano Series recital marked George Li’s London debut and, incidentally, was the last one at St John’s Smith Square before the Queen Elizabeth Hall reopens next month.

Perhaps presentation shouldn’t matter so much in a young artist, but Li inspires confidence with a very engaging stage manner and a seriousness of purpose easily disarmed by charm and wit, and his stocky build seems very much part of his powerful and solid performance style. Beethoven’s F-major Piano Sonata is almost absurdly motivic and cellular, and Li’s command of its various components imposed a quivering dynamism on the music with a wealth of neatly turned phrasing and sforzando detonations subtly reinvented in the first-movement repeat. It was in the slow movement, though, that you got the measure of the musician as he expanded Beethoven’s strange little scraps of arioso into an oblique, intensely private conversation. The moment was brief but remarkably original.

The only misgiving I had was the rather congested, generic tone he applied to the first movement of the Chopin, rather at the expense of its song-like second subject. Set against that, though, was some superlatively stormy and weighty playing to match Chopin at his most dark and dramatic. This Sonata gets much of its cogency from the sublime middle sections of the two central movements, and Li took full advantage of this in his limpid and generous account of the Scherzo’s Trio, pushing on to his expressive best in the superbly terraced perspectives of the ‘Funeral March’ itself, played with a simple, unaffected directness, while his dispatch of the Finale could not have sounded more cryptic and evanescent.

The Chopin was good, but the best was to come, in Li’s masterly account of Rachmaninov’s Corelli Variations, the Theme being ‘La folia’, not by Corelli but used by him in one of his Violin Sonatas. Rachmaninov’s elliptical spontaneity and abrupt mood-swings suit Li very well in this astonishingly mature, thoroughly considered performance. The first section, of thirteen Variations quickly gathered lift-off, the repose of the ‘Intermezzo’ and the transformed feel of the remaining seven Variations were expressed in exceptional virtuosity and poetic insight, and his relaxing into the coda clinched the music’s spirit.

There was a lovely, oracular singing quality to the Liszt Consolation, then Li let rip with a moody, rubato-rich, impetuous blast of showmanship in the Hungarian Rhapsody, complete with Rachmaninov’s wildly inappropriate cadenza, an unashamed ‘mine’s-bigger-than-yours’ compliment from one master to another. The temperature lowered in Li’s first encore, Sgambati’s arrangement of Gluck’s ‘Dance of the Blessed Spirits’, and then returned to white-hot for a sizzling display in Horowitz’s Carmen Fantasy.