“Legendary music producer Giorgio Moroder announces his first ever live tour in Europe. Hailed by many as the Godfather of Disco or even the very founder of electronic dance music, at 78 years young of age the multi Academy Award and Grammy Award winning Moroder is embarking on a 15-city European tour in April and May 2019” [Eventim Apollo website] 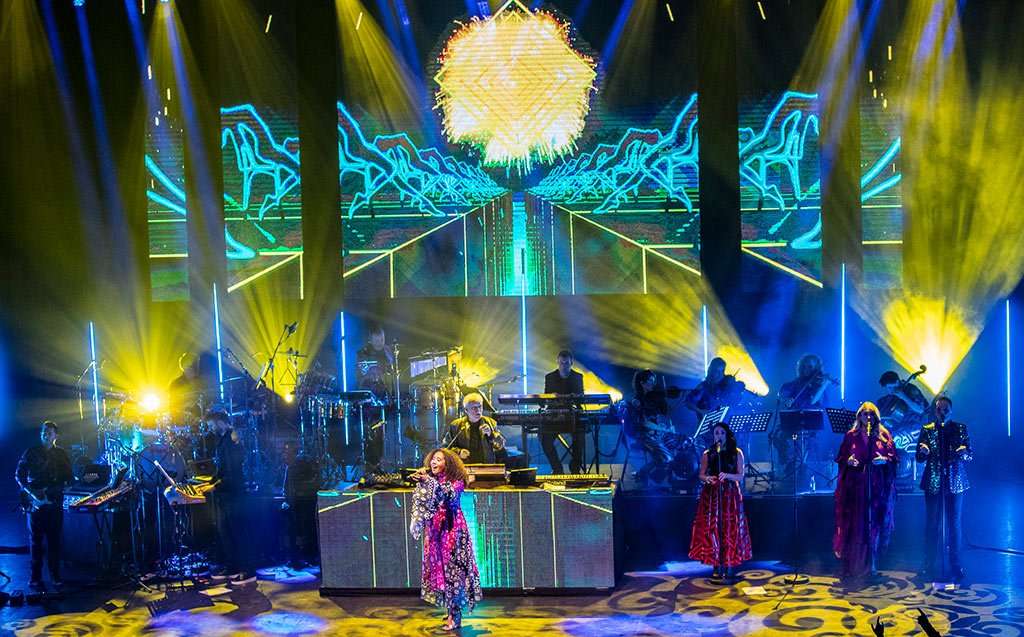 Giorgio Moroder, the creator of the “Sound of the Future”, the “Father of Disco”, three-time Oscar-winner, tricked-out in bomber jacket, red shoes, tache, and Aviator Sunglasses (a nod to Top Gun), treated us to an amuse-bouche of his lavish back-catalogue. Opening with a female DJ spinning Scarface, the Bachian film theme Rumour Has It sung by his disco muse, the late Donna Summer, and Son of My Father by Chicory Tip – classic sunny schlager. His co-producer Pete Bellotte was on-hand throughout.

The DJ made way for the female string quartet as the mournful Midnight Express finale theme played to an ecstatic audience. Moroder padded-on to his audio message of wanting to dream so big to be a musician. Backing singers, one man and three women dressed in flowing 1970s’ Zandra Rhodes/Ossie Clark maxi-frocks, sprung into the sunny classic Looky Looky; the song that paid Moroder’s rent for years and paid to set up his Musicland Munich studio which produced Led Zeppelin, Queen, The Rolling Stones, Elton John and Donna Summer, who approached him to create a sexy song Love to Love You Baby. Thus, orchestral-electronic disco music was born. The scorching hit was sung by two female singers to a video backdrop of Hockney-style sun and swimming pools.

White lights sparked in rhythm to Bad Girls, an operatic soloist belted it out, followed by an equally powerful voice for On the Radio. The show entered a world of hedonism reminiscent of Studio 64.

Moroder’s first Oscar hit was a breakthrough, namely the Midnight Express score, the sinister The Chase, started with the industrial thudding of electric rail-tracks. The show steamed on, taking us to the charming film theme Together in Electric Dreams and From Here to Eternity, this futurist hit arriving at his second Oscar, Flashdance. 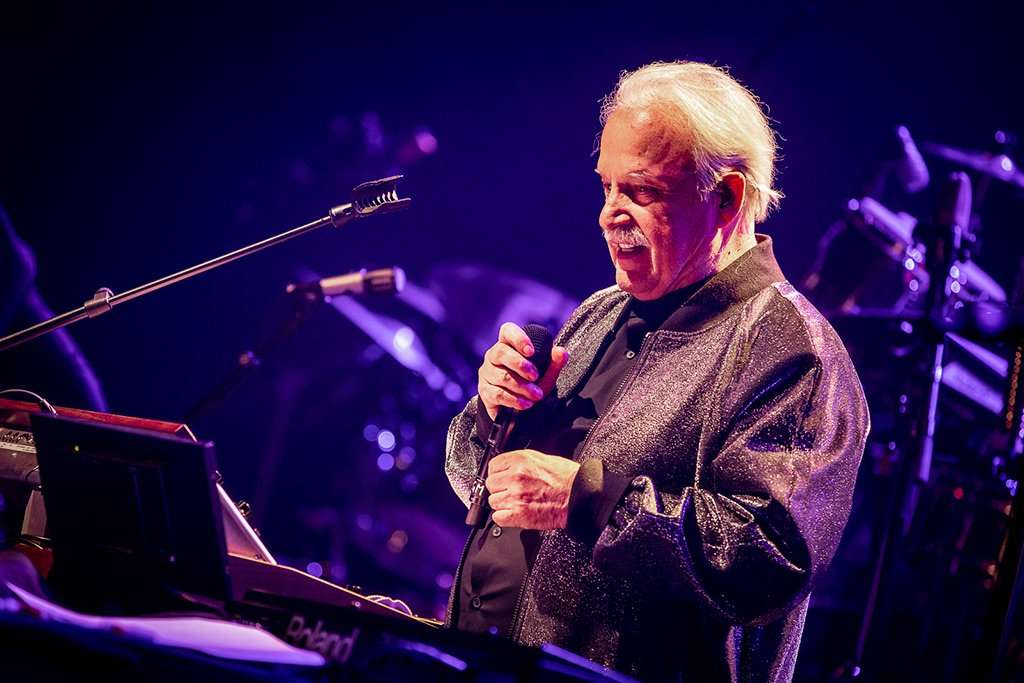 Giorgio by Moroder from the Daft Punk album Random Access Memory then played; Ground-breaking techno-synth-jazz fusion charmed, a move away from the pop hits, spun to a back-screen revolving pyramid eliciting a passionate worshipful response. A return to Moroder’s marzipan mainstream followed with his third Oscar hit, the score of Top Gun with Take My Breath Away.

Then followed Top Gun’s Danger Zone and Kylie Minogue’s Right Here Right Now. The band was introduced as Moroder explained how he created the “Sound of the Future” merged into I Feel Love possibly the greatest most-sophisticated electronic hit in the pantheon of disco.

David Bowie and Donna Summer made video guest-appearances with Cat People and MacArthur Park, both breathtaking global hits. The concert returned to live performance with The Last Dance, Hot Stuff and ending with a riotous Call Me.

Moroder’s musical gift is unique, spanning the creation of his innovative “Sound of the Future”, Oscar-winning film themes, techno-disco and much-loved pop hits evoking a musky 1970s’ eroticism no longer fashionable in this cautious era.