Howard Moody
Agreed – Opera in two Acts to a libretto by Anna Moody [sung in English, with English surtitles]

Orchestra of the Age of Enlightenment
Howard Moody 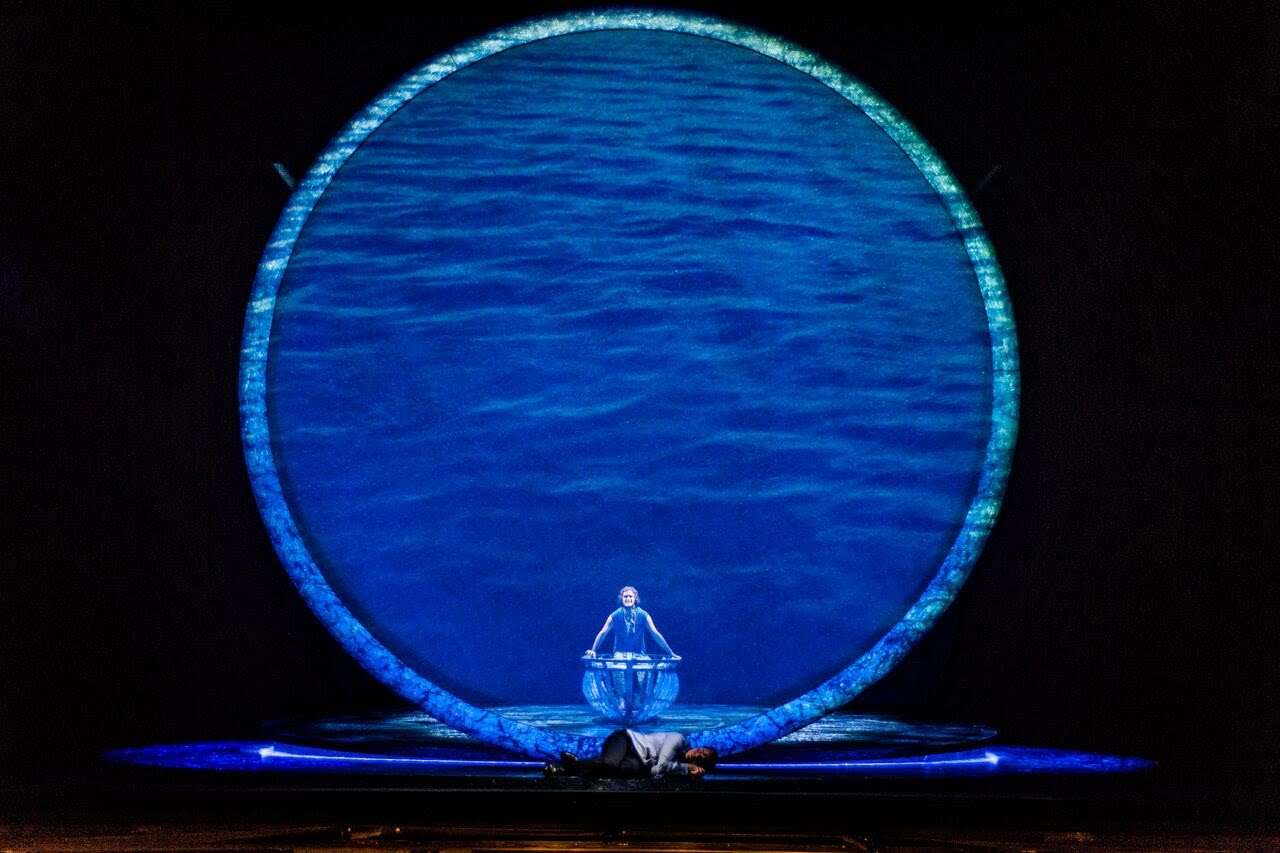 Howard Moody’s community opera for Glyndebourne is called Agreed and is billed as “a new opera about love, loss and divided lands”, which braces you for anything from Romeo and Juliet to the very latest news bulletin. Moody then sharpens his focus in his and his librettist daughter Anna Moody’s collaboration on a heavily political story about a country split in two by the sea, one part called Orientis (bad, with a harsh and predatory ruler called Alex, who wears a suit), the other Aquila (good, with “woke” folk who don’t wear shoes).

A divided country and a divided family – that’s the background for the tragic romance between Elin (Orientis, Alex’s daughter) and Korimako (Aquila, wears a sarong and does yoga). Shadowing the Greek myth of Hero and Leander, Elin swims the narrow bit of sea to meet her lover in a boat (in the myth it’s Leander who does the swimming) and is drowned, a victim of her father’s intransigence. Resonances begin to pile up, such as a patrolled border in the sea to stop people crossing illegally and a brief lament over street crime, building up a composite dystopian vision, increasingly familiar to all. You might think Agreed is aimed at THE specific current political issue in the UK, except that the Moodys don’t overtly nail their colours to that particular mast. The message – something like the old order has had it – is simplistically stated but, because Agreed’s remit is broad, some of it sticks, and it applies to any number of agendas.

The core of the opera is the fine seventy-five-strong local chorus, strong on age diversity, who play the bitterly opposed folk of the two lands and are required to do as much emoting as singing. Apart from the lovers and Alex, there are solo roles for Alex’s mother Maya (who’s been banished by her son to Aquila), an out-of-time Chorus called Kronos, and a danced role (Ellyn Hebron) who reinforces Elin’s free-spirit aspirations. Michael Wallace’s voice has the requisite darkness and edge for Alex’s music, and we are left in no doubt that he has blood on his hands at the end when he smears it all over himself. Simon Orio directs the chorus tightly, and the staging as a whole is clear, with an elegant set and some moody projections of the sea. 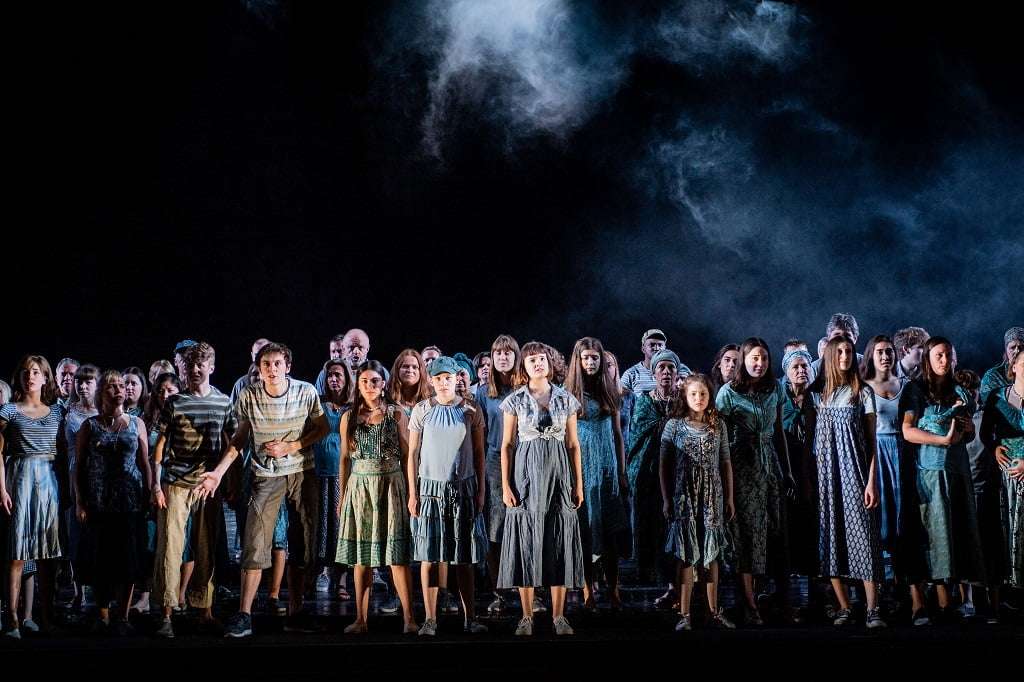 Howard Moody’s music is attractive and lyrical but not that strong on characterisation, while its big moments have a minimalist grandeur, generic but effective. Anna Moody has opted for a mythic/folksy style for her over-poetic libretto, and it sometimes seems that it’s stealing the music’s thunder. Neither music nor text rises to the occasion in the fall-out after Elin’s drowning, making the ending protracted.

Nazan Fikret portrays Elin’s divided loyalties with conviction and has a high, light voice that she uses strongly. Tom Scott-Cowell is excellent as Korimako, who lures Elin to live her dream with his alluring countertenor and looks cool in a sarong. His boat, though, looks far from sea-sea-worthy, but perhaps that is part of the staging’s reference-rich plan. The most memorable music is Moody’s bluesy commentary given to Kronos, sung with immense and heavily empathetic style by Zara McFarlane, a resplendent sight in a silver gown. Alex’s banished mother Maya is played by Louise Winter as a wise earth-mother high on visionary gravitas and a complete antithesis to her wretched son.

There is a prominent quartet of violin, guitar, kora and udu, adding an inclusive, mixed-cultural note of World Music. The Orchestra of the Age of Enlightenment includes a few Glyndebourne Youth Orchestra players, and it would be hard to imagine the score performed more persuasively. The acid test is whether you care for the characters – I did, just – but despite a hint of hope at the close, you still come away from the many-layered Agreed feeling that the End of the World is Nigh.