Every so often a production comes along in which the director does not seek to put his or her interpretation upon the work but has the courage, so it seems, to let the drama speak for itself. Such is the case here, where David McVicar’s production locates the opera in Mozart’s time and the sets drew out effectively the sense of confinement experienced by Konstanze, Pedrillo, and Blonde within Pasha Selim’s residence – the Moorish walls and gateways (guarded by the menacing Osmin) stand between the audience and Belmonte, and what goes on within.

There is an opening up of the scene on the appearance of Selim in the hall of his house with windows looking out beyond (presumably to the landscape or sea), as he receives his visitors. It’s a nice touch, also, that a few strains of Mozart’s ‘Gran Partita’ (B-flat Serenade, K361) is played behind the scenes to create the impression of a cultivated, enlightened court. The sense of liberation is evoked again when we return to this hall at the end of the opera and the release of the captives into the glowing light of freedom. 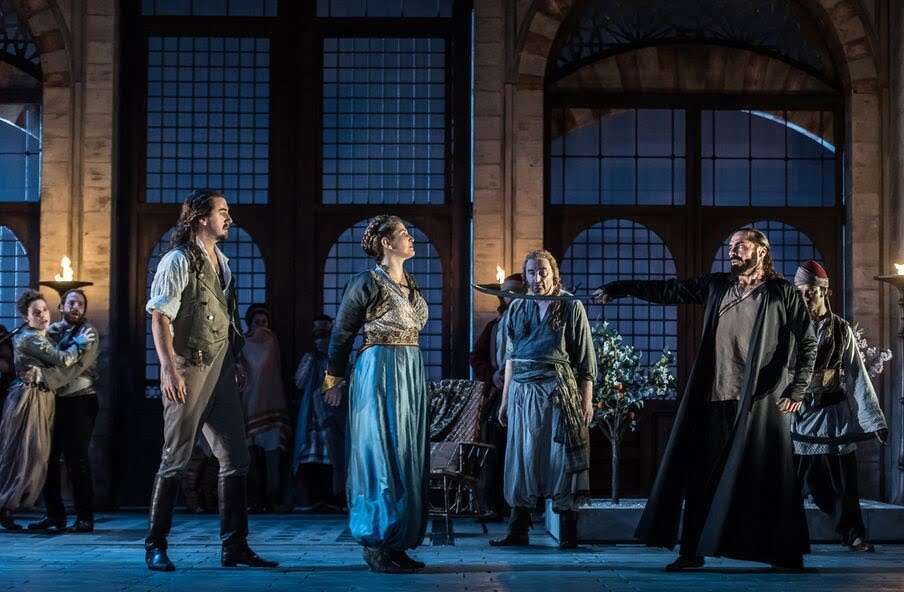 The singers here were efficient if not sufficiently distinctive as to be memorable. James Kryshak played up the comic aspects of Pedrillo (enslaved as the Pasha’s gardener) without overdoing them, and negotiated the part’s agile choreography successfully, particularly in avoiding Osmin’s threats. Those menaces were perhaps rather close to the bone here (coming the night after the terrorist attacks in Paris). Clive Bayley certainly did not dampen down Osmin’s intimidations but also somehow conveyed that they were, ultimately, more the impotent, idle threats of an underling, and Rebecca Nelsen was more than a match for him as Blonde during their altercations in Act Two. Nelsen characterised the role’s independence and determination in her steady and clear singing of some challenging music.

In contrast Ana Maria Labin’s Konstanze was squally at times, though fortunately the vocal fireworks of ‘Martern aller Arten’ were more secure. Even so, I wondered whether she and Nelsen would not have been better off swapping roles. Ben Bliss’s Belmonte was suave and genial, brought out in his generally seamless, mellifluous singing. In the non-singing role of the Pasha, Franck Saurel was an impressively powerful presence, especially as he tried to seduce Konstanze, but his acting was rather wooden and his German less convincing than the rest of the cast. 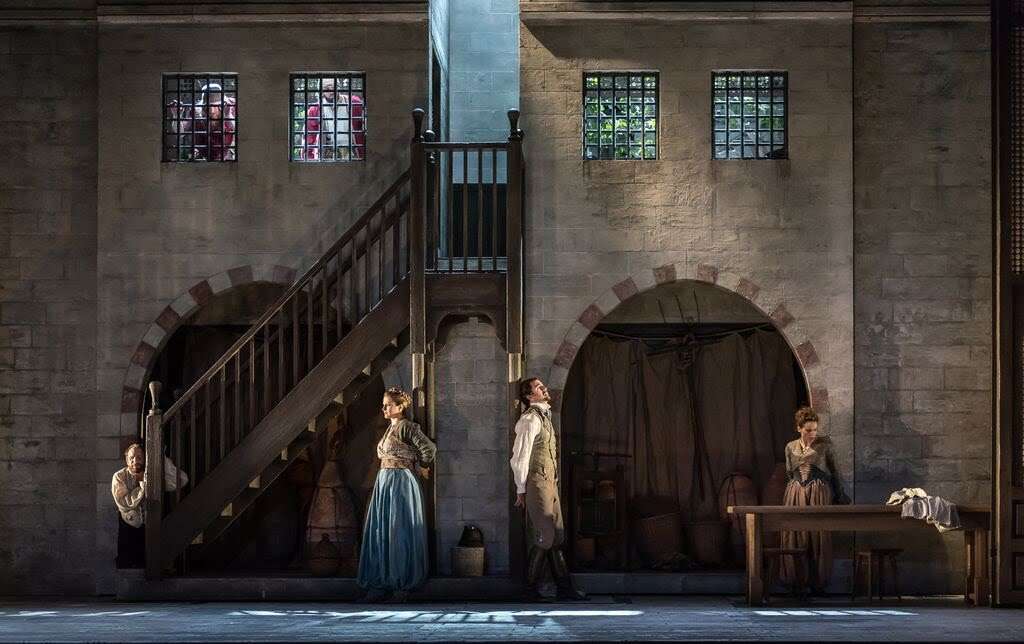 Geoffrey Paterson (in the pit for this date only during the Tour) directed a generally fast-paced account, carrying off all the quicksilver changes of mood and tempo in Mozart’s score, which anticipates the wonders of the Da Ponte operas to come, especially in the ensembles. The orchestra – playing in a historically informed manner on modern instruments – sometimes sounded thin, but the greater levity of texture aided the frothing music of Turkish character in particular.

There are no gimmicks or provocations in this production, making for a charming and uplifting evening, not least in witnessing the Pasha’s magnanimous gesture in releasing his captives – a small glimmer of hope that compassion can overcome violence and hatred.