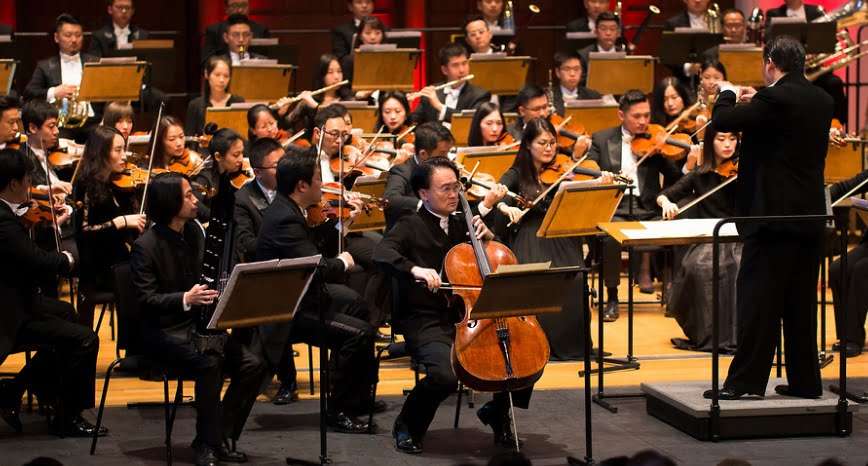 From the Pearl River Delta, the Guangzhou Symphony Orchestra, established in 1957 and restructured twenty years ago, ranks among the major players in modern-day China, enjoying the most up-to-date facilities and also touring widely. Among the first “cultural ambassador” Chinese orchestras to establish a regular concert season, it is a tightly disciplined force with section principals of distinctive character and authority. Fielding a string section of 16.14.12.9.8, importance is placed upon a long ritual of pre-performance tuning. 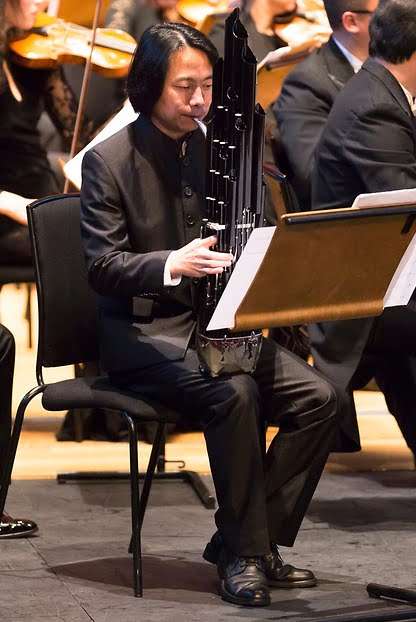 The fourth of the Interludes (‘Storm’) and, from Firebird, ‘Infernal Dance’ could hardly be faulted for corporate power, likewise the ‘Khorovod’ and ‘Berceuse’ for sensuous lushness and poetic intensity. This is a visually attractive orchestra that takes pride as much in its musicality as its militaristic precision, rank-and-file in step to a person. If, interpretatively, Firebird lacked a certain theatre and inevitability, maybe it was because of Long Yu’s outwardly easygoing manner and lengthy pauses between sections leading to a reducing of dramatic tension – I recall a similar ‘softness’ from his Proms appearance with the China Philharmonic in 2014. Maybe, correspondingly his refusal to give an encore, he didn’t want to push his players (the Guangzhou to London flight is a long one).

Placing melody, harmony and accessibility at a premium, the Chinese compositions manifested a world sonically and culturally removed – music by the people speaking to the people. The strongest impression was made by Lin Zhao’s ‘Silk Road’ Duo for sheng (a vertically-piped free reed wind instrument of old genesis) and cello. Lin Zhao (born 1973), admired for his film music, has a gift for etched orchestration allied with a fund of modal thematic ideas that circle and linger. Premiered in 2013, the Duo (commissioned for Tong Wu and Yo-Yo Ma) is in three movements played without a break. In its course, the sheng, the composer says, “defines man’s spiritual essence, a longing for utopia”, while the cello is “steadfast, embodying pursuits of the human spirit.”

Solo traceries and powerful tuttis, bowed and blown sounds, lines and ornaments, contrast and combine to create an intricate lattice-work of timbres, gestures and wanderings of the imagination. Lei Jia, from the Macao Chinese Orchestra, was outstanding, likewise Jian Wang, in command of a water-garden of shades and colours. Their encore, a tune from Western China, ‘Drinking Glass’, proved a refined study in cello song offset by decorative accordion-like sheng interjections supported by pizzicato accompaniment.

Xiaogang Ye (born 1955) trained at the Beijing Central Conservatory and in America at the Eastman School of Music. A prominent member of the Chinese Establishment, his four-movement Cantonese Suite (2005, commissioned by the Guangzhou SO) sets local tunes – popular Southern ‘standards’ that say what they have to say, running the gamut from spice and cliché to ‘Big Country’ sweep (the third movement, ‘Moonlight Reflection in the Serene Lake’). I found myself wanting greater substance and grit, keener melodic/rhythmic personality, more clarified, less sweet-tooth, scoring. The orchestra’s response seemed dutiful rather than committed, secure but not exceptional.