Neither work here is, strictly speaking, a fully-fledged opera, but they form a neatly contrasting pair exploring the psychology and politics of romantic love. 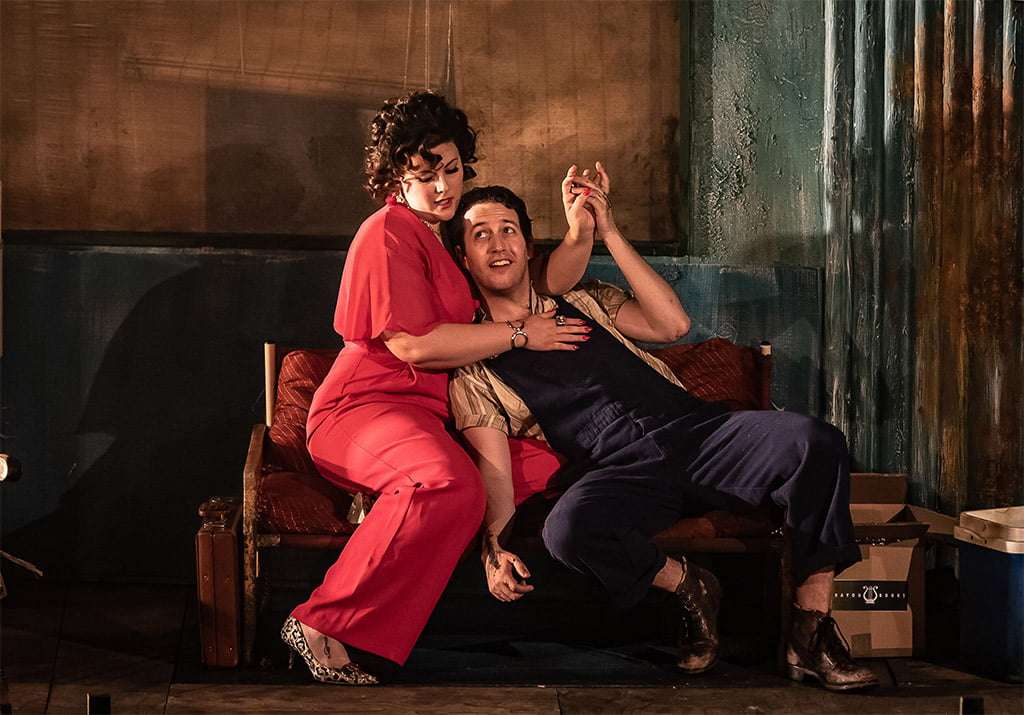 John Blow’s Venus and Adonis (1683), the principal composition in this double bill, is usually regarded as the first English opera, though it is really a masque or semi-opera in scale (like Dido and Aeneas by the composer’s most famous pupil, Henry Purcell) as compared with the greater dramatic scope of the contemporaneous stage-works by Lully which inspired them.

Victoria Newlyn’s production places the work in modern America rather than as an idealised Classical idyll, but it evokes a telling contrast between the rural shack in which Adonis resides, and the glitzy Las Vegas-style world from which Venus hails, with references made to seedy dating agencies, nightclubs, and adult cinema. If it is an obscure piece of stagecraft that Adonis is borne away on a rusty type of hovercraft, it is at least visually arresting, just as it is when he is returned on it, mortally wounded – having been encouraged by Venus to join the hunt according to the text. The point could be that he has been fatally corrupted by introduction to Venus’s shallow world, but if so, it is not explicitly made.

Their different characters are well brought out by Siân Dicker and Matthew Palmer, the former alluring in her amorous knowingness and strongly projected singing, the latter engaged softly and lyrically with Adonis’s expressions of infatuation. Colin Shay is a mischievous Cupid with the fruity delivery of his singing. The test for all of them – as well as the Chorus – is audibility of the words, given that no surtitles were available, but they achieved that more or less faultlessly. ★★★★ 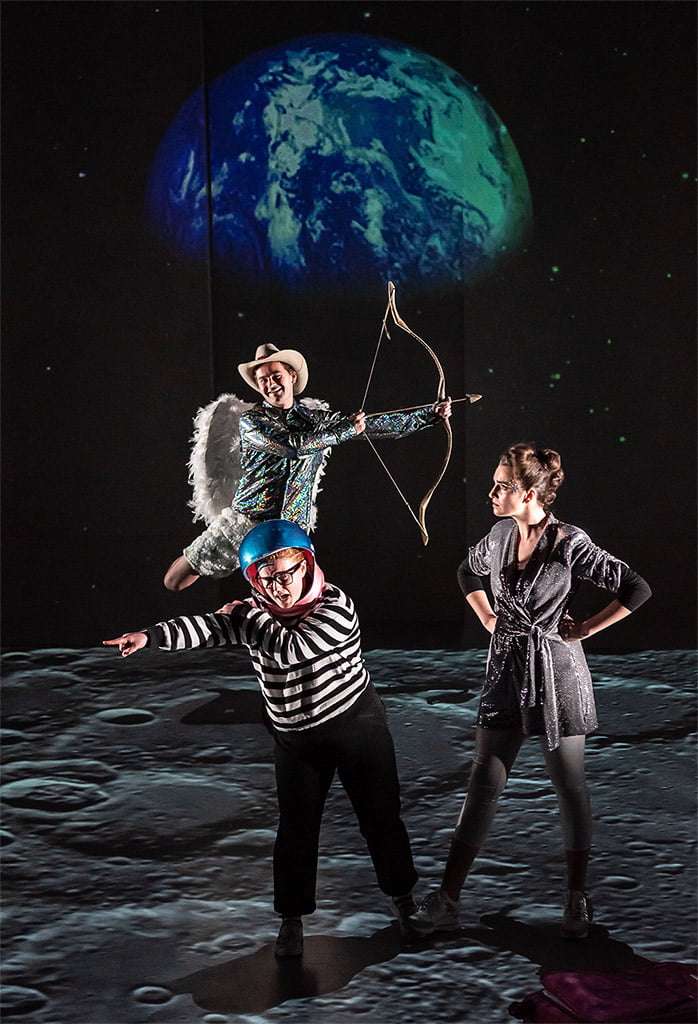 Aminta e Fillide is one of the Cantatas which the young Handel wrote during his period in Rome, and not originally intended for staging (indeed opera was effectively banned in the city, under Papal edict). The scenario is simple in that the shepherd Aminta is in love with Fillide; after avoiding his protestations she eventually succumbs. If it represents anything, it is something of a triumph for the emotional power of rhetoric and music, rather than rational argument, as there is not much more logical reason for Fillide to give in by the end as there is at the beginning. Indeed Handel was already capable of setting words to a memorable dramatic score, and he was to mine this work in later years – for such as Rinaldo, Agrippina, and Rodelinda. More arresting still – literally so – is that the furious course of the Overture is halted suddenly by Aminta’s calling out to Fillide to cease her constant running away from him – a dramatic musical effect that Handel would use again in Silete venti.

The notion of flight prompts Newlyn’s production which places every scene within a completely different situation, one quickly changing into the next. Initially the speciously glamorous Fillide hurries away up to the mountains to go skiing, then continues jet-setting on to outer-space before returning to Earth to pass through the media of computer games such as Pac-Man, a restaurant, and finally ending in mundane domesticity as the two lovers settle down together. Choreographically it is a tour de force to keep the action going, but it makes for a rather busy production that really needs to hone-in a more consistent or overarching idea; displaying a reproduction of Botticelli’s The Birth of Venus at the beginning and end of the drama is not enough, even if it draws a link with the Blow.

That fussiness spills over into the music, with some extravagant embellishments in a few of the arias, unbalancing Handel’s finely-wrought music, however much some adornment is expected at cadences. Harriet Burns and Carmen Artaza give commensurately vivacious performances, if at times somewhat squally. But, in the confined and unforgiving acoustic of the Milton Court Theatre, their singing is too strenuous and unvaried – as an essentially pastoral Cantata, it would benefit from subtler shadings and easing up in tension from time to time. ★★★

Chad Kelly conducts a spirited account of both works, but ensemble is sometimes wayward and raw, rather than creating a more lustrous and integrated timbre.