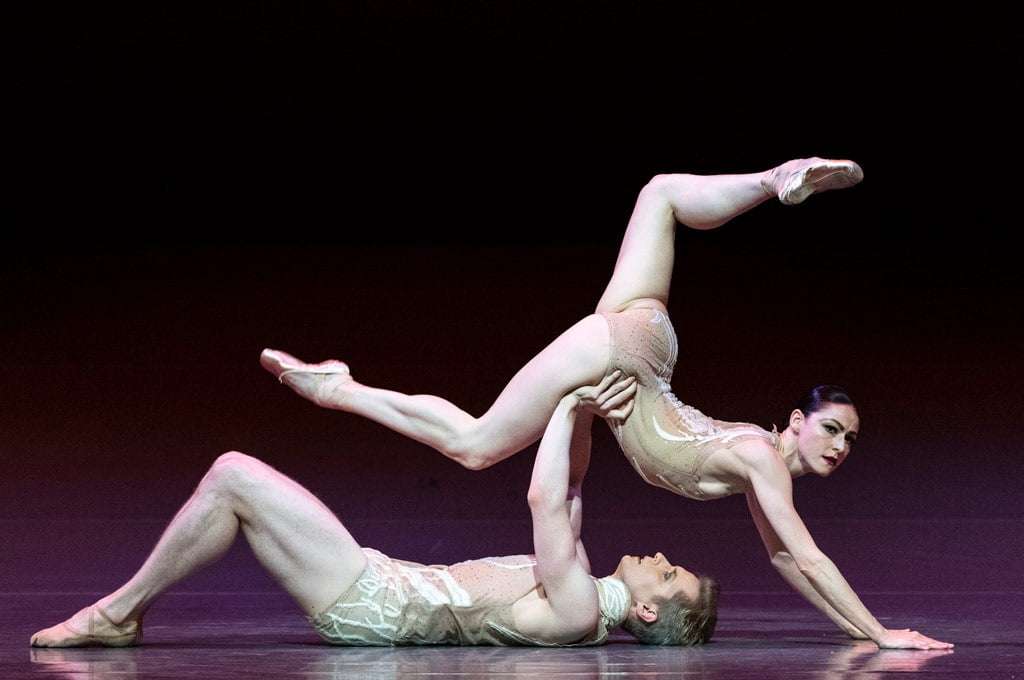 The USA’s oldest professional dance company, San Francisco Ballet, is a highly respected and much-admired ensemble, known above all for its dedication to commissioning new works. Their eleven-day sojourn at Sadler’s Wells is a proud statement of their artistic credo – twelve ballets all created in the last five years. Programmes A and B made for interesting contrasts, A comprising Alexei Ratmansky’s Shostakovich triptych while B veered from Edwaard Liang through Cathy Marston to end with Arthur Pita.

To start with B was, perhaps, a mistake, as this triple bill gave out generally mixed messages, mixed in terms of the artistic direction the ensemble is taking, and in what they understand to be classical dance. Indeed, what was intended, no doubt, as a virtue – artistic licence for the choreographers – ended up as a recipe for confusion. One need not tarry too long over Edwaard Liang’s The Infinite Ocean, supposedly exploring the “space between life and death” but, in reality, a dull exercise in unimaginative, unfocussed dance classicism. Oliver Davis’s original composition burbled along pleasantly enough, a bit of Philip Glass here, some Howard Shore Lord of the Rings there, but Liang’s resolutely unmusical treatment was a genuine disappointment, his penchant for gymnastic lifts and contortions with at time gynaecological overtones decidedly unwelcome, and having women carted around like sacks of coal was unnecessary. The dancers (including the ever-impressive Sofiane Sylve and Yuan Yuan Tan) are kitted out in unflattering costumes – the men in particular look bumpy and lumpy – in which they execute movements that are neither elegant nor engaging. Best avoided. ★ 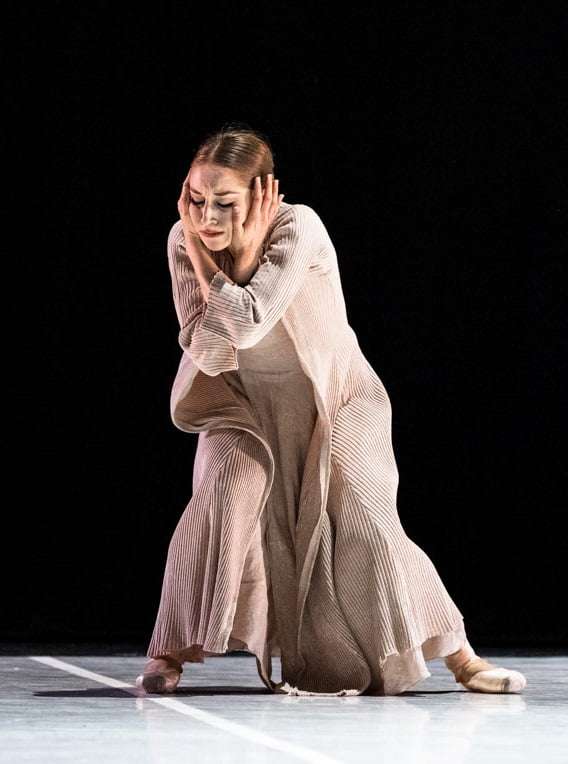 Cathy Marston is an intelligent dance-maker who opted for a narrative work, Snowblind, a pared back version of Edith Wharton’s 1911 novella Ethan Frome. We are in real Ibsen/Strindberg territory here, too, with a tense love-triangle at the heart of the story, set in frozen wastes; Marston is economical with her gestures, making each and every one tell, as Ethan, repulsed by his sickly wife Zeena finds solace in the arms of their home help Mattie with tragic consequences. One senses that the dancers relished getting stuck into real character and a real story, and the superb trio of Ulrik Birkkjaer as Ethan, Jennifer Stahl as his wife and the superlative Mathilde Froustey as Mattie wrung every last drop of meaning and intensity out of Marston’s masterly handling of the narrative. A sparse, wintry setting from Patrick Kinmouth created the right visual atmosphere while an intelligent collage of Amy Beach, Philip Feeney, Arthur Foote and Arvo Pärt was finely judged and gave suitable musical support to the action.

Marston uses fourteen dancers as the snow which drifts across between scenes and finally kills Mattie and destroys the Fromes’ lives – a clever and successful conceit. Birkkjaer is a powerful stage presence and ably portrayed the frustrations of Ethan whose home life is arid – his growing attraction for Froustey’s Mattie was finely drawn. Jennifer Stahl carved a tall, icy blonde figure who explored the hypochondriacal obsessions of his wife Zeena while never shying away from her casual cruelty to both husband and help. Mathilde Froustey was simply extraordinary as Mattie: a frail-looking, slender figure, she began to glow bright with attraction for Ethan; her hesitant, guilty finding of love and desire was intensely portrayed and she danced with true abandon. A fine work indeed. ★ ★ ★ ★

Arthur Pita is certainly a showman, and, as we have seen repeatedly in the UK, he understands the stage and how to make an effect. He certainly does that in Björk Ballet, set to eight songs by the Icelandic songstress, and pulls out every visual stop to make what can only be a closing work of a mixed bill. Part Cirque du Soleil, part extravagant Lido floor-show, this piece is not really a ballet, rather more a stage entertainment, brimming with ideas and superb visual set pieces. Can anyone resist the sight of four rows of miniature silver palm trees suspended above the stage which suddenly come crashing to the stage? Who could say no to Marco Morante’s madcap costuming and make-up which transform the dancers into strange creatures of the imagination? However, Pita’s hint at a narrative (a bare-chested ‘fisherman’ who alternately sports a happy and a sad mask) is not strong enough, while the actual choreography is less than memorable, a ballet-lite mish-mash with some extravagant lifts. It all passes nicely enough, but it also raises serious questions about whether a serious classical dance company should be engaged in such activities. ★ ★ ★

Alexi Ratmansky is a fine choreographer. Period. He creates a movement world which allows the viewer to believe fully in his choices, never doubting that there is purpose and meaning to what he sets on his dancers. He has referred to his Shostakovich triptych as a distillation of everything that he, a Russian born under Brezhnev, knows and understands about his home country. Originally created for American Ballet Theatre in 2012/3, it was acquired by San Francisco in 2014 and is clearly a source of great pride for them. Using three discrete Shostakovich – the jovial yet ironic Symphony No.9, the tragic Chamber Symphony and the sprawling First Piano Concerto, the choreographer explores the human emotions of love and loss, grief and happiness through the prism of Soviet life. Thus there are references to propaganda images, idealised and sporting movement, the place of the individual in a regulated society. If this all sounds rather heavy-going, it is not, because Ratmansky is good enough an artist to infuse his abstract movement with all these elements while never weighing them down with narrative; as he himself has observed: “there’s no story, but there’s a lot of meaning”. Dressed and lit by the same designers, these three separate ballets stand as parts of a triptych, and, indeed, there are steps and moves which are seen in more than one section, underlining the need to perform and see them all together. 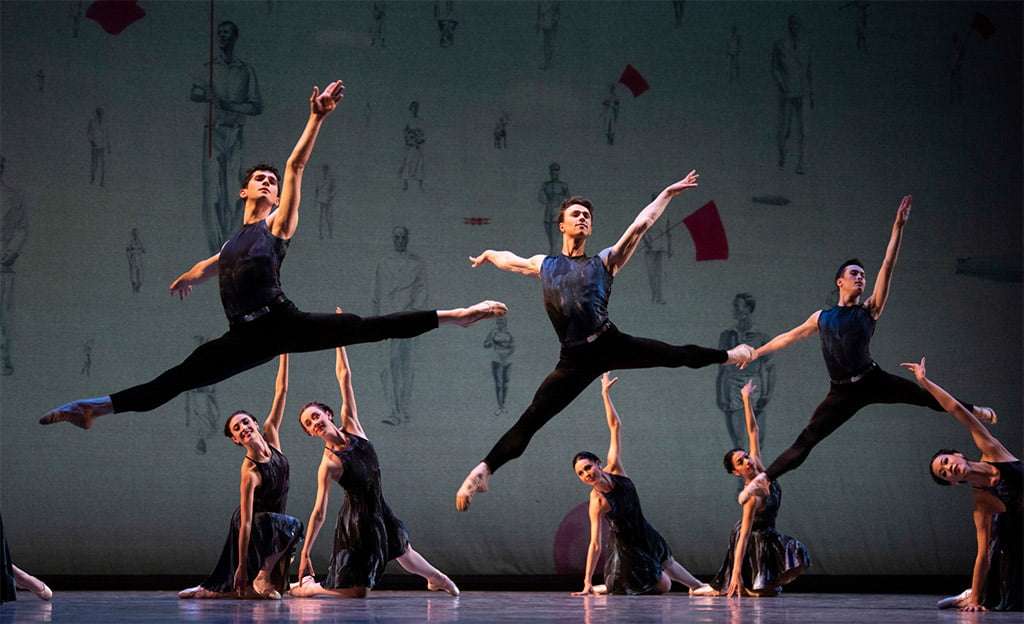 Symphony #9 shows buoyant choreographic confidence in the disposition of soloists and corps de ballet and the fluidity of invention. Ratmansky ably matches the whimsicality of the music while also taking note of darkenings of mood thus Dores André and Max Cauthorn seem to embody the confidence of Soviet ideology, Lonnie Weeks a bouncing, irrepressible idealism while Jennifer Stahl and Aaron Robison show the nervousness and fearfulness inherent in life under the Soviet regime. Small details abound, with a solo for Robison observed from the edge of the stage by André who has omitted to exit with the other dancers – the eyes of not only the state but also one’s neighbours were ever vigilant. The company’s dancers attack Ratmansky’s steps with relish, although there was a worrying lack of cohesion in ensemble work which did not correct itself as the performance went on – one did not detect a common musicality or, indeed, a shared style, which lent a slightly ragged quality to anything more than one dancer performing alone. ★ ★ ★ ★ ★ 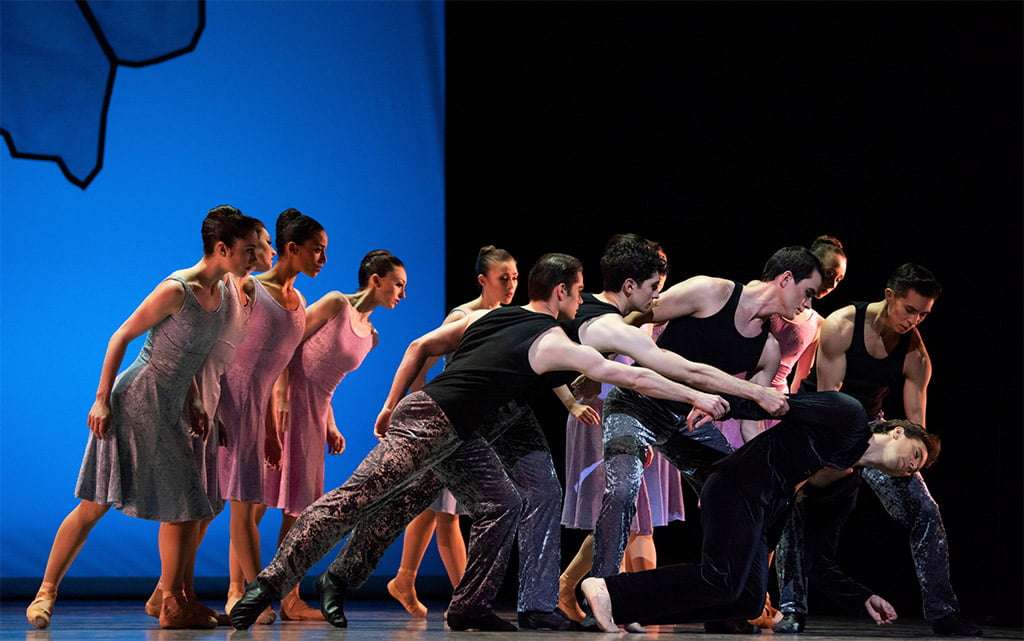 Chamber Symphony is a deeper work, consciously so, with a central male character (here danced impressively with both stamina and finesse by Joseph Walsh who displays a fluid technique) weaving his way through life as a poet/artist figure. At times he is angry, at others in love, in grief, in happiness but always ultimately alone, a single man finding his way through the problems and challenges of his existence. Dancers flow around him, support or intimidate him but he soldiers on, often exhausted and confused but finally in command. Ratmansky’s talent is everywhere apparent, from his sophisticated musicality to the unflagging inventiveness of his movement palette. ★ ★ ★ ★ ★ 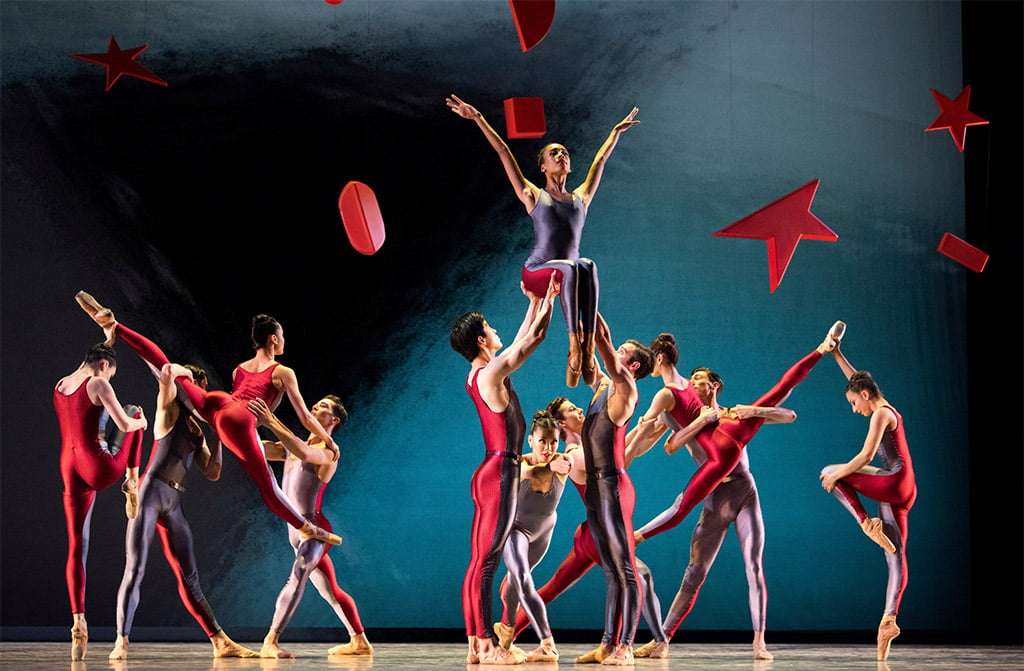 Least successful, Piano Concerto #1, which is perhaps not surprising, given the episodic and rambling nature of the musical composition it follows. Originally using three Russian dancers in ABT (Diana Vishneva, Natalia Osipova and Ivan Vasiliev) plus American Cory Stearns in two lead couples, Ratmansky infuses the movement with brash, showy Russian ballet attack. However, here the dancers of San Francisco do not match it – even if Angelo Greco comes close – which allows the central section to sag dangerously, as our confidence in the choreographer’s movement world begins to admit doubt. There is too much confusion on the stage overall, certainly in comparison with the two preceding movements, to allow us to see clearly the choreographer’s intent. This may be down to the more cramped conditions of the Sadler’s Wells stage, compared with larger American auditoria, but it is also inherent in the steps and the deployment of dancing forces. It comes as a slight disappointment at the end of what had been an impressive evening. ★★★