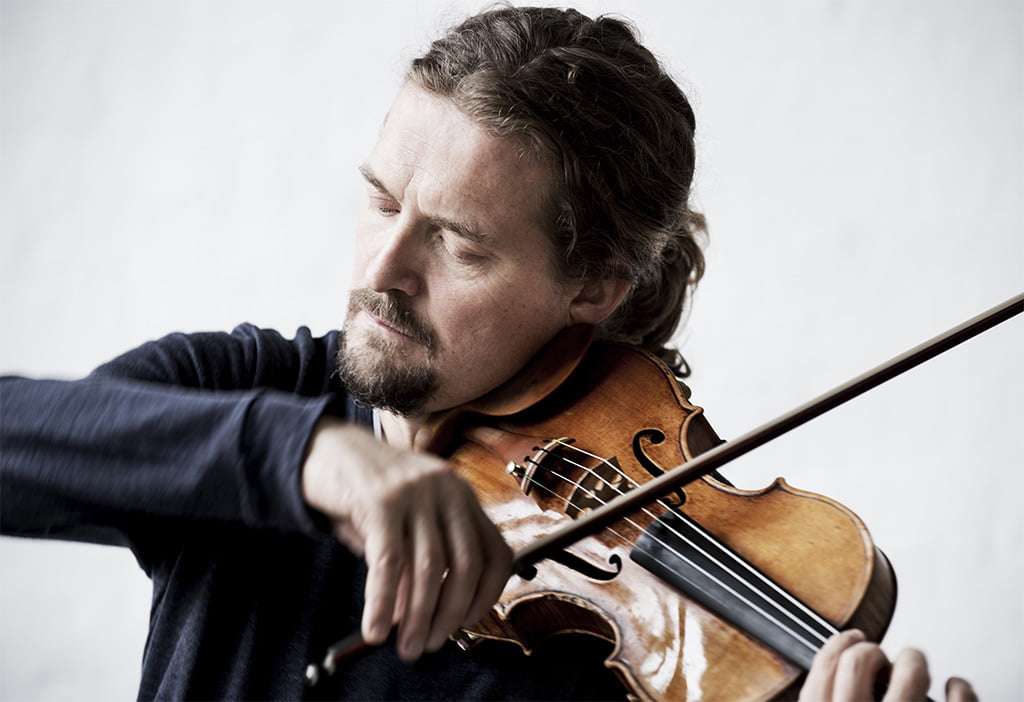 The domain still of the few, György Ligeti’s Violin Concerto (1990-92) – premiered in its revised form in Cologne in October 1992 by Saschko Gawriloff, Peter Eötvös conducting – is a fascination as much as a challenge, a five-movement tapestry of life, incident, memory and quest, seen through all shades of gravity and colour, all tensions of tuning, rhythm, dynamic intensity, improvisatory liberty and co-ordination.

Christian Tetzlaff sees it as a Janus-faced canvas, oscillating between Bartókian longing for the homeland and an avant-gardist’s unrelenting determination to journey the new. A modern classic. For the past twenty years he’s made it his own, going back to the original 1990 version (which Gawriloff felt to be “unplayable”). Ligeti approved. “Not only do you play my concerto perfectly but you talk about it with so much understanding and compassion. For a living composer it is the most beautiful thing to be so understood by an interpreter.”

The odd thing is that he hasn’t (yet) recorded it. The second of three back-to-back performances in Hamburg and Lübeck, this account had all his hallmarks – tone, intonation and expressivity, whatever the register, the ability to unearth and weave associations at a premium. His own cadenza, immediately preceding the final, orchestrally inevitable sign-off (seven bars of fantastical imagination) was for the experiencing too. Suitably “hectic” yet with moments of profound reflective beauty, taking up the option of replacing the Ligeti/Gawriloff original of the published edition, it integrates well, if marginally longer than the composer’s preferred “one-to-two minutes” – but then comparatively, even more so, is the one by Adès as well as Kopatchinskaja-Lombardo’s vocally/choreographically enhanced alternative.

Far from comfortable, there are long expanses of this Concerto which for the orchestra are as demanding as the solo part. In terms of ensemble, figuration and dynamic extremes, there is no let-up in concentration. Requiring attentive individual preparation, this isn’t a work you sight-read in a rehearsal or two. Nor is the visual message of the page necessarily to be taken at face value. For example, “the bars and divisions between bar-lines do not indicate accentuation, but serve to enable synchronization of the parts and as orientation. Accents are only to be played where marked, independently of the bars.” 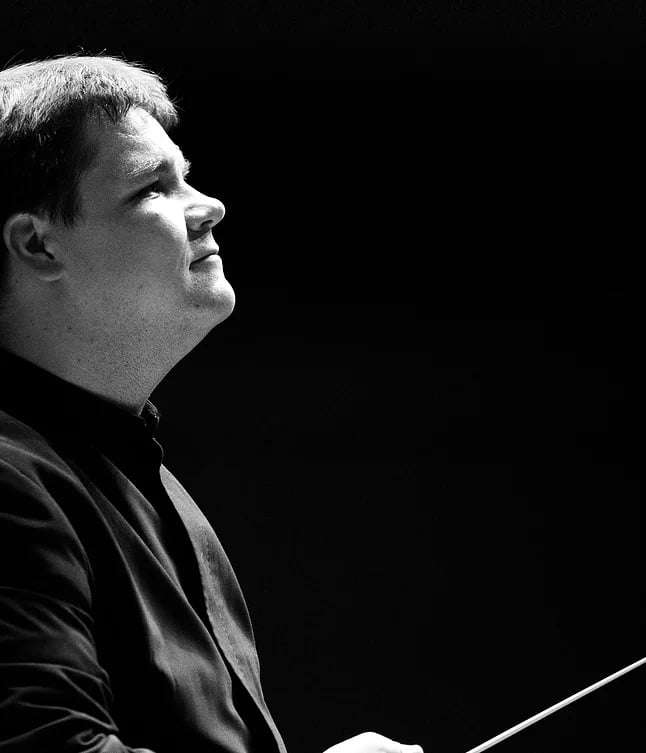 If this performance was not quite in the class of one that Tetzlaff did with François-Xavier Roth and the Gürzenich-Orchester in Cologne in October 2017, it was maybe down to the relatively workmanlike approach of the Latvian conductor Andris Poga, who seemed more concerned to keep going that attend to refinements of detail. Notwithstanding a radio/internet-broadcast quality the range and immediacy of which came across as limited, I felt entries could often have been more placed (right from the scordatura viola four bars in, even allowing for its ppppp marking, similarly the opening of the fifth movement). How many of those shimmering, descending muted string scales came through at the start of the ‘Intermezzo’ third movement, along with their progressive crescendo, was unclear; the closing high-E woodwind tuning was sour; the dynamic response was generally too monochrome (Ligeti’s range, however stretched and seemingly impractical, is vast for a reason, his precise juxtapositions emotively pressured).

If Ligeti’s score bristles with dynamics and intricacies, the opposite is true of Pēteris Vasks’s Musica appassionata for strings (2002). This full-frontal encounter is forceful and modally focussed from the start. Passion worn on the sleeve. Vasks takes small motifs and gestures and through repetition and reprise evolves them into a powerful statement of progressively rising temperature. Three of the climax points – from figures 7, 15 & 25-31 inclusive – soar to the frankly magnificent. An occasional glimpse of Nielsen wandering about does no harm.

Poga, while not as charged as some (notably Gints Glinka) – “don’t overpower the inspiration”, he believes – secured a supportive response from his NDR players, piling up the texture, especially at figures 15 and during the course of 27 onwards, generating a tingling corporate glissando drop into figure 28. Four minor reservations. Some of the semitones were a little narrow; one recurrent pattern needed more precise articulation (blurring three semiquavers into triplet quavers – the Beethoven Fifth problem…); the undue prolongation of the bar’s rest at figure 27, leading to an indecisive, ragged entry; and the unexpected faintness (disappearance even) of the low double bass E at the close – one needs to feel a deep rooting at this point.

For whatever reason, Sibelius’s single-movement Seventh Symphony (1924) gelled least well. Artistic Director of the Latvian National Symphony Orchestra in Riga, Poga, who won the 2010 Svetlanov Competition, and from 2011 to 2014 was Paavo Järvi’s assistant in Paris, is efficient but, from what I have seen of his performances, somewhat straight-laced. Being “sensitive to what information the orchestra gives him”, one of his priorities, is all very well, but there needs to be something to begin with. More than the notes. His Sibelius started and finished. Though careful to observe tempo changes, he seemed not that bothered by entries, weightings or melodic pointing, reluctant to dramatise harmony or tonal currents (in C-major contextually, the very first chord of the work is A-flat minor – in his hands, however, less a happening, more a computation). Every now and again I had the impression that he was leaving matters, the decision-making, in the hands of his musicians, at the expense of tightness or cohesive, directioned energy. I’ve rarely heard the closing bars quite so anti-climactic, so anti-cadential. As a reading, muffled and low voltage, kettledrums in a sea of their own, it was all a bit drab and opaque, in need of greater clarity and attack.

Compared with NDR’s webcasts, the radio broadcast wasn’t sonically that physical. But the presentation, with an announcer of measured pace and winningly modulated voice, was considered and unfussy, including an interview and some musically relevant input during the interval. Pleasing to hear producer and engineering crew given full credits.