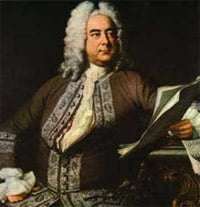 “Jephtha” was a spectacular climax to the Barbican Centre series of major vocal and choral works by Handel, Haydn and Purcell that have showcased prominent period-instrument ensembles. The emphasis this time was on oratorio from Handel’s final period. The composer’s abandonment of opera in favour of the expressive possibilities of choral singing was well served by a large chorus comprising the combined forces of the Gabrieli Consort and the Wroclaw Philharmonic Choir, numbering more than forty voices.

One has become accustomed to the slimmed-down dimensions of choral forces in ‘authentic’ performances. This was no reversion to the English massed-choirs tradition but the size and resonance of the voices thrillingly filled the auditorium at the big moments.

The choral-singers took on various roles in a tireless evening’s work: representing the Israelite people in the opening chorus of national indignation “No more to Ammon’s god and king”, gravely beseeching God for support (“O God, behold our sore distress”), seconding their leader’s boastfulness after “His mighty arm” (whose words they echo), while giving equal value to descriptive choruses such as “Cherub and Seraphim, unbodied forms”. The women could play the part of supporters of Iphis with pure, clear tone, as well as battling it out with the men in the substantial, belligerent choruses.

Increasingly as the work proceeds the chorus indulges in metaphysical speculation. The high-point in this respect is the closing movement of Part 2, in which the people reflect on the unpredictability of divine purposes, finally concluding that “Whatever is, is right”. The complex structure of this chorus required and received immovable focus from conductor and choristers, culminating in the agonising final section, in which the question is repeatedly put and the answer given before the whole body confirms the fatalistic conclusion.

If these sections owe something to other composers they far exceed their origins. They form powerful structural pillars in Handel’s work and their execution merits pride of place in this review. That the Wroclaw group is only three years old is startling, given its members’ technical proficiency as a unit. Their fast runs were always in place, their fugal entries measured and precise, while the dynamic transitions were smoothly managed. The priests at the start of Part 3 were grovelling abjectly at one moment, only to rise to a breath-taking fortissimo a few bars later. Breathing and clarity of enunciation of the English text were admirable and musical and dramatic effects were allied throughout the evening.

Two members of the cast were substitutes but could hardly have been bettered in their roles. 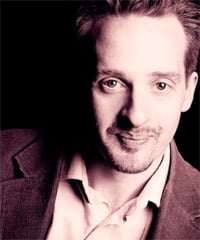 Andrew Foster Williams made something considerable of the subsidiary bass role of Zebul, Jephtha’s brother and intermediary. He possesses a resonant bass-baritone and enunciated the text with the utmost clarity in recitative. He made something of his two airs, the first about shaking off the Ammonite yoke boldly sung across a wide range, the other in the final scene bubbling with contentment at the compromise solution which saves Iphis’s life.

Iphis herself found a worthy exponent in Mhairi Lawson. The singer has a light soprano of quite exquisite quality, a range of expressive ideas and technical certainty which enabled her to fill Iphis’s early music with the pure innocence with which Handel portrays her and to make her later stoicism credible and endearing. In her first scene with her lover Hamor she responds playfully to her first awareness of falling in love, then with incipient passion. As the one character free of any knowledge of politics and immune from understanding of war, her air “The smiling dawn of happy days” is a loveable oasis in a plot which is becoming darker at the end of Part 1. Lawson applied a bell-like timbre to the music which, while constantly moving, remains always close to the tonic in an almost folk-like idiom. How appropriate that in her Part 2 air “Tune the soft melodious lute” the flute figures should each time follow her phrases, as if inspired by her radiant singing; those phrases billowed out even more divinely in the da capo, with grace-notes effortlessly decorating the line. The collection of solo airs and one duet allocated to her enable the singer to exhibit beauty of sound, vocal range, athleticism and temperament and Iphis is really the central character of the work rather than her father. The ease and lightness of her top notes were evident in “Welcome as the cheerful light”, while Lawson’s dramatic and vocal focus were shown in the slow minor-key setting “Happy they”, sung with extreme restraint, only once allowing emotion to overflow. 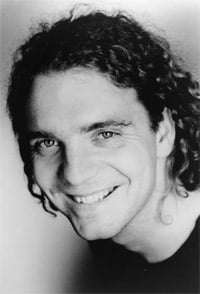 The singing of Daniel Taylor as her fiancé Hamor did not equal hers: there were a few glitches and his presentation of the character was bland. He lost “’Tis heaven’s all-ruling pow’r” in this version. Jephtha’s wife received very positive treatment from the vocally distinctive and dramatically engaged Christianne Stotijn. Her platform presence demanded attention and her dark alto sent Jephtha nobly off to battle with assurances of her devotion. She came into her own, however, in the vivid and foreboding “Scenes of horror”, one of Handel’s greatest inspirations. In the second phrase “rising from the shades below” the melodic line bubbles up troublingly before falling back, never quite becoming clear enough to represent a specific threat.

As for Jephtha himself. Mark Padmore seems lately to have cornered the market in anguished biblical figures. His portrayal was incisively characterised but by no means idealised, an interpretation of the role was doubtless formed during his work on the staged version of the work he did under the direction of Katie Mitchell. This was a proud but flawed warrior who declaimed his lines with a mixture of self-confidence and disdain; indeed it was more than halfway through the work before he sang a phrase softly. “His mighty arm” was exclaimed in the manner of the most aggressive sort of professional American evangelist. In the formidable runs smoothness was sacrificed to characterisation, with an abrasive weight of tone applied in a thoroughly non-English way. The fatal promise was declared with a certainty bordering on arrogance.

Faced with the consequences he became anchor-less. “Open thy marble jaws, O tomb!”, with its short phrases, disturbing plunges, sudden fortes and cries of pain, was given like a man in delirium. Paul McCreesh’s players supported this in allowing their phrases to die, enacting his ebbing assurance. The great accompanied recitative in Part 2, as Jephtha attempts to find an explanation, was enthralling and brought him to piano for the first time. The sublime aria “Waft her, angels” found him in a state of exaltation. I assume his move into head voice for the peak Gs and As of this aria was intentional, not enforced; I found it disconcerting.

There were some gestures towards the dramatic content of the oratorio. The soloists remained on the platform throughout, occasionally reacting to each other or remaining standing through another’s contribution. Mostly, however, the music was left to do the work.

Technical proficiency from ‘period’ bands is now a given. One looks for the individual character of sound which each produces. Here it was more a question of a shared sensibility: McCreesh and his players seemed to take a particular joy in the music and the conductor was always mindful of his soloists.

Unfortunately even these performers were not able to disguise the weakness of the work’s conclusion. The gratuitous happy ending which Morell provided, with the sacrifice of Iphis commuted to survival as a perpetual virgin, announced in a flying visit from an angelic messenger, undoes much of Handel’s good work in exploring man’s relationship with God. William Docherty as the Angel displayed fine breath control and musicianship and the massed ensemble with which the work ends was thrillingly delivered; nevertheless the original philosophical ambitions of the work were compromised.