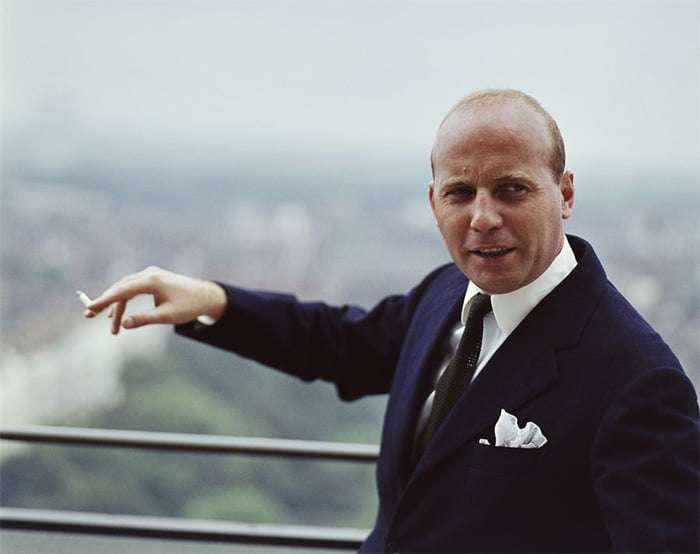 In a month that has already commemorated the fiftieth-anniversary of the death of Che Guevara and the centenary of the Russian Revolution, there surely could have been no more appropriate way for the London Sinfonietta to celebrate its own half-century than one of its own early commissions, from 1973: Hans Werner Henze’s Voices. In its setting of twenty-two twentieth-century revolutionary poems, from black America via Cuba to resistance Europe and Maoist China, its subject of torture, oppression, of those in power subjugating and exploiting the weak and minorities is appallingly just as relevant – if not more so – than forty years ago: Voices is a work for our times.

The composer led the premiere in the Queen Elizabeth Hall on 4 January 1974 with Rose Taylor and Paul Sherry (four years later Sherry reprised his role on the first recording, Henze again conducting but with Sarah Walker in the mezzo role). The Sinfonietta’s founder-conductor David Atherton has also conducted it, so it was entirely appropriate that he was in charge here, Victoria Simmonds and Daniel Norman taking the strenuous vocal parts, largely solo – but occasionally in duet. Unlike other Sinfonietta concerts at this venue, which has adopted a fanned seating arrangement across the length of the space around a performing area backing on to the south wall, here the musicians were in place on the normal stage, extended to fit the massed percussion.

Henze’s musical styles are as disparate as his chosen texts, with the collection of Brecht lyrics encouraging his cabaret-style à la Weill or Eisler, with slinky rhythms and rackety instrumentation. The score – originally for fifteen players, though with the authorisation to expand and here there were sixteen – requires everyone, including the vocal soloists, to perform at least on one extra instrument, mostly percussion. From the off double-bassist Enno Senft was master of a chain, and ended up on a sombre gong, while John Constable (almost certainly the pianist in 1974) swapped keyboard for a battery of percussion, and at the end oboist Melinda Maxwell swapped to an array of specifically filled wine glasses (a home-made glass harmonica) and, in ‘The Worker’ the men of the Sinfonietta lined up to form an impromptu choir. Later Norman arrested attention with a pair of cymbals, while Simmonds adopted woodblocks to add rhythmic impetus to accompany her fellow singer. She also donned a red-feather boa and long black gloves (tossed nonchalantly off) to open the second half with Brecht’s acerbic and bittersweet ‘Thoughts on a showgirl as she strips’.

Henze’s music is often much harder hitting than cabaret; producing anguished cacophony to match the horror of the text (Senft in one setting having to block his ears as stabbing chords sounded around him), but he periodically juxtaposed a harsh scream of anguish with a song of gentle beauty, and the cycle ends with Hans Magnus Enzensburger’s ‘Carnival of Flowers’, a duet of intertwining voluptuousness (though with a darker undercurrent). Simmonds timbre and Norman high tenor were well-matched while Atherton’s players – including Huw Davies’s guitar, electric guitar and banjo, Ian Watson’s accordion and Phil Hopkins’s harmonica – revelled in both the music’s difficulties (delivered with panache) and the requirements of their ‘other’ instruments. Sound Intermedia’s speakers emitted what sounded like a pre-prepared tape in places, and both soloists had microphones. The brief programme note (and, indeed other information about Voices I have referred to) gives no information about these additions, save that Henze authorised lines to be added as desired. The result was subtle and proportionate, but it would have been nice to have had some explanation or rationale.

In short, the evening (split into two equal halves) was thrilling and overpowering. It’s only the second time I’ve heard Voices live (Oliver Knussen conducting the Sinfonietta at a late-night Prom in 2006), but I hope it’s not another eleven years before I have the opportunity. Given the occasion it was a shame Radio 3 wasn’t on hand to broadcast it live or record. Here’s to the London Sinfonietta’s next fifty years.