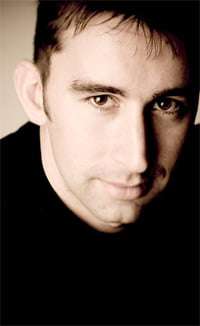 This was my first hearing of the baritone Henk Neven – and on this showing, it will not be the last. This recital in Roger Vignoles’s “Perspective” series was to have been given by Robert Holl but the younger Dutch singer replaced him at short notice. We lost all the Schubert songs but gained some by Schumann and Liszt.

In his choices from the Myrthen cycle, Neven stressed the outdoor and extrovert sides of Schumann, immediately springing into the saddle in ‘Freisinn’ and showing quite a dark but unforced tone. The Cupbearer’s two songs brought humour, well seconded by Vignoles, and a Byron setting introduced a vein of melancholy, immediately dispelled by another equine excursion with ‘Hauptmanns Weib’.With perhaps the best-known Myrthen song, ‘Du bist wie eine Blume’, Neven showed how warmly and lyrically he can sing. It was a lovely performance, utterly unsentimental. Then we had the Burns setting ‘Niemand’ and the two Venetian songs, before Neven ended the group with beautiful renderings of two Rückert settings, ‘Ich sende einen Gruss’ and ‘Zum Schluss’.

A Heine group began with the compact trilogy ‘Der arme Peter’, one of Dietrich Fischer-Dieskau’s early recording triumphs. The nursery-rhyme style of both the texts and Schumann’s music was nicely caught by Neven and Vignoles. They also worked well together in ‘Dein Angesicht’, which strikes me as less distinctive than the Dichterliebe songs, justifying Schumann’s decision to omit it from that cycle.That the partnership between singer and pianist was not a marriage made in heaven was evident in ‘Die beiden Grenadiere’, which should have finished the first half on a triumphant note. As it was, the climax rather misfired – one felt that the singer wanted a slightly faster, less heavy tempo. Such things do happen when artists are not used to working with each other. The sad little postlude was, however, very well played by Vignoles.

Only one or two Liszt Lieder have broken through to the central repertoire, and we heard the best-known, ‘Es muss ein Wunderbares sein’, as the third of a group of four. It was superbly sung. ‘Im Rhein, im schönen Strome’ was also set by Schumann (who substituted “heiligen” for “schönen” in Heine’s text for Dichterliebe); and this hearing did not convince that Liszt’s version was its equal. The Goethe setting ‘Freudvoll und leidvoll’ was pleasing rather than memorable; and the Uhland setting ‘Die Vätergruft’ seemed a slice of Victorian Gothic, although it did give Neven a chance to show his dramatic talents.

I imagine most listeners will first have encountered Mussorgsky’s Songs and Dances of Death in a recording – they are still rarely heard in recitals by singers outside the Russian sphere of interest. I find it hard to banish thoughts of Vishnevskaya in ‘Lullaby’ or Chaliapin in ‘Trepak’, and many of us grew up with Christoff’s recording. Mussorgsky intended to orchestrate the cycle but other hands had to fulfil his wish. Vishnevskaya recorded both the piano version and an orchestral arrangement, while Chaliapin and Christoff favoured the orchestra.

I make this little diversion because this Wigmore Hall performance crystallised the problem of the accompaniment. All evening I had been wondering about the wisdom of Vignoles having the piano lid wide open – Gerald Moore, whose perennial worry was “Am I too loud?”, always made it a prerequisite that his piano should be opened on the small stick. From Vignoles, the piano was too loud in the Mussorgsky. I kept imagining how much better it would be, if Neven’s voice could ring out over the accompaniment. As it was, he was competing with wave upon wave of pianoforte resonance. An orchestra is an orchestra, and a piano is a piano, and the two should not be confused, especially in such a lively acoustic. I still enjoyed much of Neven’s committed interpretation, even if his Russian did not sound as authentic as, say, Leiferkus’s; and an encore was very beautifully voiced. He will be at Wigmore Hall in his own right on April 4 with a programme of Debussy, Fauré and Schubert and his usual pianist, Hans Eijsackers.