This Wigmore Hall recital comprised some of the finest violin-playing I have heard in a long time. Hilary Hahn has lived with unaccompanied Bach since childhood and I have often heard her play the odd movement in concert, perhaps as an encore after a Concerto. But I do not think I have ever before heard any complete Sonata or Partita from her, except on record – and thereby hangs a tale (see below). 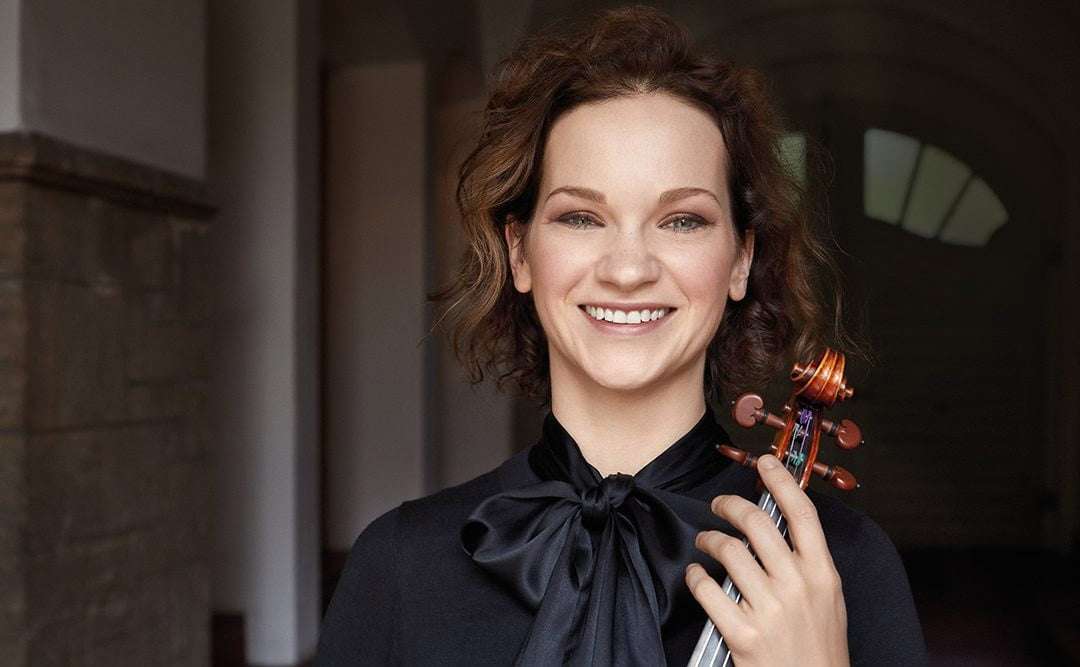 What makes her a great Bach player? For one thing, she plays the violin supremely well, so that she can completely set aside technical matters and concentrate on trying to reveal the essence of the music. She does not move about much, making only those motions that contribute to the force and meaning of her musical execution. Her control is so absolute that she can vary dynamics with the most sensitive light and shade. Highly literate and intelligent, she yet manages not to perform in an academic or dry fashion: her musicianship is full of life. She enjoys owning violins by Jean Baptiste Vuillaume, the great nineteenth-century French luthier: at present she favours an 1865 instrument, based on a Strad model, but she also has one from 1864 based on a Guarneri model. She uses a Tubbs bow.

In a bright-red gown, she seemed a slight figure on the Wigmore stage, but she held the audience spellbound. She began with the A-minor Sonata, playing its Grave ‘Prelude’ in a questing manner and keeping her concentration through the ensuing ‘Fuga’. The Andante was also very intense and the final Allegro pulsed with life. The E-major Partita began with a ‘Preludio’ that was perhaps a little faster than necessary: it still sparkled, with some excellent chiaroscuro, but I would have liked her to play with it more, rather than just play it. The succeeding five dances were beautifully shaped, starting with a graceful ‘Loure’ and leading up to a lively ‘Gigue’.

After the interval, Hahn seemed to step up a notch for the great C-major Sonata. The Adagio had profound mystery and the eleven-minute ‘Fuga’ was quite epic in the way she kept up the tension. She found a real sense of fantasy for the Largo, while never moving outside Bach’s world into Romanticism, and the Allegro assai was given marvellous impetus.

All evening the applause had been rapturous from an audience that seemed a little younger than usual. At the end, an encore was inevitable and Hahn obliged with a moving account of the ‘Sarabande’ from the D-minor Partita (BWV1004). The audience was still not letting her go, and she responded with the ‘Giga’ from the same Partita, with infectious rhythm and a rare moment of emphasis towards the end, as if to say ‘Now I really am finishing for the evening’.

Hahn’s first album, made for Sony Classical in 1996-97, comprised perhaps the three most-popular unaccompanied Bach works, the E-major and D-minor Partitas and the C-major Sonata. It featured some wonderful playing, although I felt that the eighteen-minute ‘Chaconne’ of the D-minor Partita could have done with having one or two minutes knocked off the timing. In 2012 she recorded the other three works but Decca did not release them until 2018, having re-recorded many of the movements the previous year. This album showed that she was now an even greater Bach player; and the fact that she included the E-major Partita and C-major Sonata in this recital makes me hope that she will re-record the works done in 1996-97.

Hilary Hahn will turn forty in November and she must now be at her peak. Anyone who missed this London recital should try not to miss the next one, which I hope will not be too far distant.