Women of the Houston Symphony Chorus 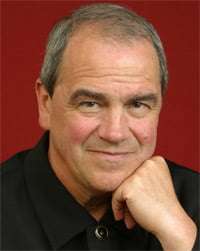 Since Houston is inexorably linked with the NASA Space Center, it was only fitting that the Houston Symphony came to Carnegie Hall playing Gustav Holst’s The Planets. But it wasn’t left at that, this was “The Planets – an HD Odyssey”, produced and directed by Duncan Copp. A NASA film of planetary images accompanying this music has existed for years, but this was a completely new undertaking, projected on a 24-foot screen above the orchestra in a darkened hall.

As it is described in the program book, the images were taken “from explorations of our solar system over the past 35 years. Also used in the production are a number of movies created by scientist teams. These animate specific features of particular planets; for example, “weather movies” are shown during the Jupiter movement, and a rendering of both radar images and topographic information allows a visualization of flying over the volcanoes of Venus. The graphics in the production are computer generated, using real data returned from spacecraft.”

And a spectacular show it was, bringing outer space into the concert hall to illustrate Holst’s music, which wasn’t written about the planets themselves, but inspired by their astrological and mythological attributes. Be that as it may, Hans Graf and the orchestra did a masterful job of characterizing each movement – the threatening 5/4 march of ‘Mars, the Bringer of War’, a sublime ‘Venus, the Bringer of Peace’, a fleet ‘Mercury, the Winged Messenger’, and a playful ‘Uranus, the Magician’. ‘Jupiter, the Bringer of Jollity’ was sprightly, as well as expansive in its most-English middle section, while ‘Neptune, the Mystic’ ended this odyssey aptly mysteriously, with the voices of the women of the Houston Symphony Chorus wafting in from off-stage. The high point was ‘Saturn, the Bringer of Old Age’. Here Graf exhibited his exquisite feeling for atmosphere and control of structure, gradually building up rich sonorities to a perfectly timed powerful outburst.

Now in his eighth season with the Houston Symphony, the Austrian conductor is an elegant presence with a clear, concise, yet highly expressive stick technique. The two early Stravinsky works bookending the program – Scherzo fantastique to start, and Fireworks as an encore – both benefitted from this clarity, and from his precise balance of texture.

‘The Starry Night’, Henri Dutilleux’s alternate title for his Timbres, Space, Movement, closely relates this work to The Planets, and the composer himself has stated that he “tried to create an impression of vast space which the extraordinarily visionary painting, La Nuit étoilée [van Gogh], suggested to him.” Commissioned by Mstislav Rostropovich in honor of his new position as conductor of the National Symphony Orchestra in Washington D.C., it was written between 1976 and 1978 as a two-movement work. In 1990 the composer revised it, and inserted a central Interlude for the cellos; he also added the titles of ‘Nébuleuse’ and ‘Constellations’ to the outer movements.

By omitting violins and violas from his otherwise large orchestra, Dutilleux’s colorful writing for the woodwinds is highlighted, its swirling ensemble sections as well as the extensive solos, such as the very evocative writing for the oboe d’amore in the first section. By contrast, the middle section for cellos alone starts with massed chords in rhythmic unison, only later to dissolve into contrapuntal lines. Graf and the musicians of the Houston Symphony gave a very sympathetic and well-executed performance, creating an atmosphere of nocturnal wonderment – even without the aid of external stimuli.