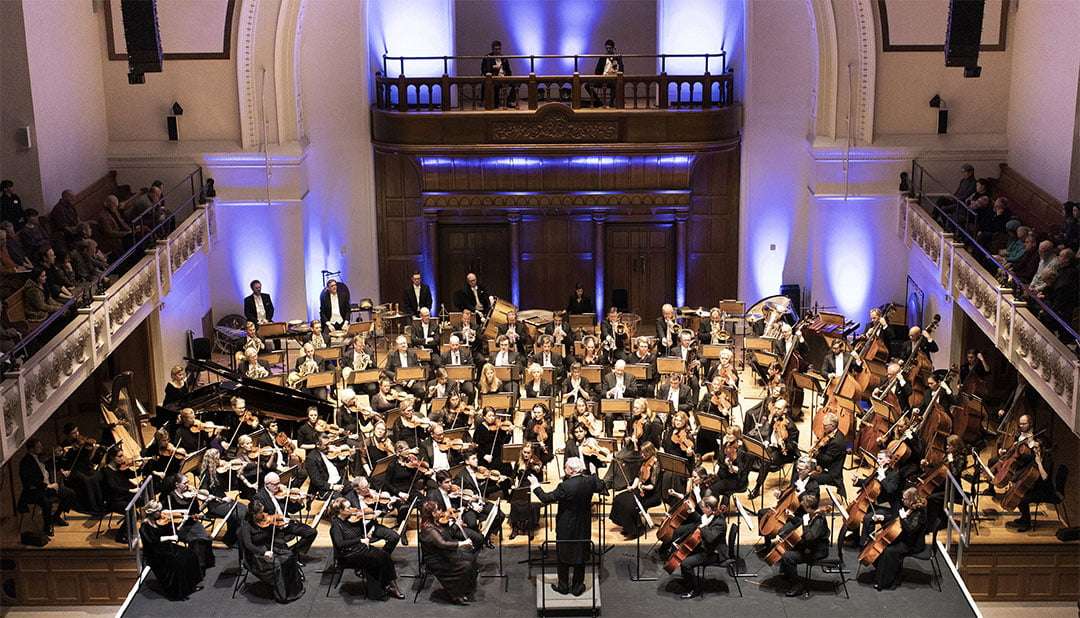 Making its first British tour but widely familiar from recordings, videos and a Prom visit in 2014 under Ilan Volkov, the Iceland Symphony Orchestra was established in 1950. A flagship ensemble nearly a hundred players strong, based since 2011 in the spectacular waterside Harpa Concert Hall in Reykjavík, it operates as an autonomous public institution under the auspices of the Icelandic Ministry of Education – eye-wateringly, around four-fifths of its primary revenue comes from the Icelandic treasury, the rest from the City of Reykjavík. Used to high-profile collaborations – from Khachaturian, Rostropovich and Ashkenazy in the early years to, more recently, Sokolov, Kissin and Lugansky – its an orchestra with pedigree and class, and on this London showing fielding a notably strong string section, silky warmth and finesse at a premium.

The highlight of the programme was Anna Thorvaldsdóttir’s Aeriality, commisioned by the ISO in 2011 and given its London premiere by the Philharmonia and Esa-Pekka Salonen in 2017 – a work I would go a long way to hear. Anna is based currently in Surrey. But her origins could not be more removed. Less regulation-cut lawns and new brick than the basalt, storms and vulcanism of an outcrop on the edge of the Arctic between the North Atlantic and the Greenland Sea. A faraway Nordic domain, in the words of the 16th-century Hanseatic poet Göris Peerse, “amazing for its cold, rain, wind and snow in addition, especially for its high mountains. No grass grows there except in the valleys”. 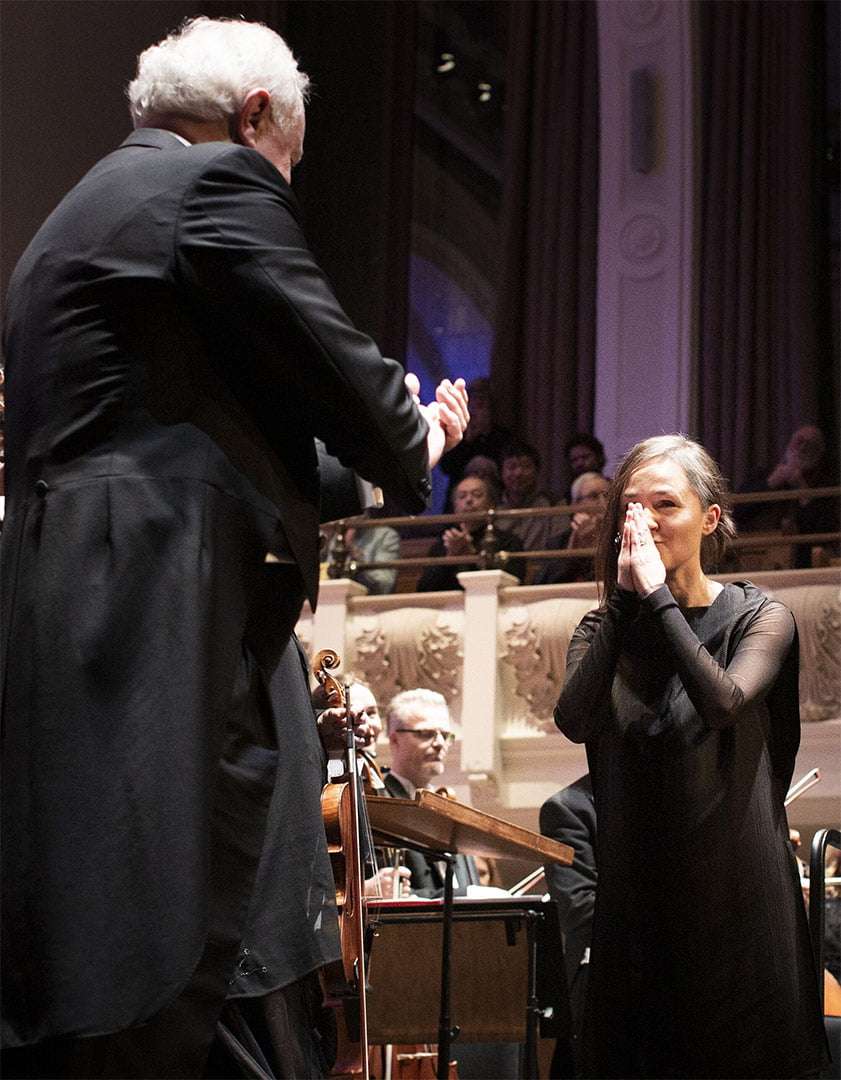 In a 2017 New York interview with Anne Lanzilotti, she’s refreshingly candid about place and identity. “Space and openness is very important to me, and is something I feel comes from my roots having been brought up in Iceland. The closeness to nature is very touchable, and having been born in a small town surrounded by mountains and the ocean is something that lives with me. Also the sound of the wind and the constantly changing weather is a part of nature here … I feel that this ‘natural drama’ is very much a part of me, the dramatic change in light throughout the year (darkness in winter, light in summer), the changing weather, [a] sense of space: this is all a part of nature here and a part of me because I am a part of this nature.” In her 2011 doctoral dissertation (University of California San Diego), she expands further. “Nature provides me with my greatest inspiration when it comes to writing music. These inspirations – and the internal listening that results from them – provide me with musical concepts that motivate me to portray these visualizations in music … Landscapes and various other portraits from nature have for a long time nurtured my creative imagination and they seem to have different ways of inspiring me for every new piece I write.”

Complexity and simplicity, drones and fragments, tones, semitones and quartertones, attack and dynamics, mosaics of sound floating in and out of dance and dream, the actual and the astral, rifts and ridges, the earthly domain experienced, seen, imagined, distressed from either side of a cloud bank, Midgard below, Asgard above – Aeriality breathes at many levels. Physiologically, its pulse runs slow (109 metrically fluid bars at crotchet 40). Spreading manuscript pages “on walls or floors to find the natural pace” (and with that often, proportionately, a Golden Ratio), is part of the intuitive creative process. Morphogenesis slumbers at the core.

Aeriality, Anna says, “refers to the state of gliding through the air with nothing or little to hold on to – as if flying – and the music both portrays the feeling of absolute freedom gained from the lack of attachment and the feeling of unease generated by the same circumstances. The title draws its essence from various aspects of the meaning of the word ‘aerial’ and refers to the visual inspiration that such a view provides. ‘Aeriality’ is also a play with words, combining … ‘aerial’ and ‘reality’ so as to suggest two different worlds: ‘reality’, the ground, and ‘aerial’, the sky or the untouchable”. Had the Romantics attempted such a work, they’d probably have called it (inadequately) a tone-poem. Back in the sixties, Penderecki largely confined his sonoristic phase to titles. Anna similarly, while maintaining that the final outcome stands “on the border of symphonic music and sound art”. Sound mass, sound installation, sound design come to mind. The printed page is precise, the graphic imagery mesmerising. Occasionally a poetic analogy comes to help. “When you see a long-sustained pitch,” she enjoins her players, “think of it as a fragile flower that you have to carry in your hands and walk the distance on a thin rope without dropping it or falling. It is a way of measuring time and noticing the tiny changes that happen as you walk further along the same thin rope. Absolute tranquility with the necessary amount of concentration [is] needed to perform the task.”

Getting home in just over eleven minutes (the published edition prescribes thirteen, followed in Volkov’s 2014 DG recording), Yan Pascal Tortelier brush-stroked a resonant, brilliantly orchestrated canvas. Opting for dynamic levels closer to the relatively subdued markings of the score than Volkov’s louder more angered ‘Viking metal’ moments, he brought out unexpected wisps of melody, each like high circling falcons coming into focus through clinging mists – a passage Anna likens to “a brief lyrical field that almost immediately fades out at the peak of its own urgency, only to remain a shadow”. The long trajectory of drones, from F-sharp to a final C of wonderous, cathartic anchorage, arced an epic course, each a planet offset against the tremble and glint of distant stars, the end and beginning of the universe suspended in a (remarkably executed) fade-out of “air sounds” without pitch, bows barely contacting strings. A composer of the most striking harmonic sensibility and imaginative fantasy, Anna, cutting a slight figure in black, took an emotionally effusive curtain call.

In Belfast thirty years ago, give or take, I shared an hotel with Tortelier, then in his tenure with the Ulster Orchestra. We got chatting over breakfast, I remember, and he gave me tickets for their next concert, a performance in Dublin of Petrushka – a blistering depiction as it turned out. Truth to tell, the energy and fire he showed that night burns less brightly these days. Taking time to settle on a cramped albeit extended stage in a dry acoustic, the Icelanders initially responded fitfully, the Farandole from Bizet’s L’Arlésienne gentlemanly rather than rustic in persona. The finely expressive string playing of the Adagietto, on the other hand, presaged richer things to come. 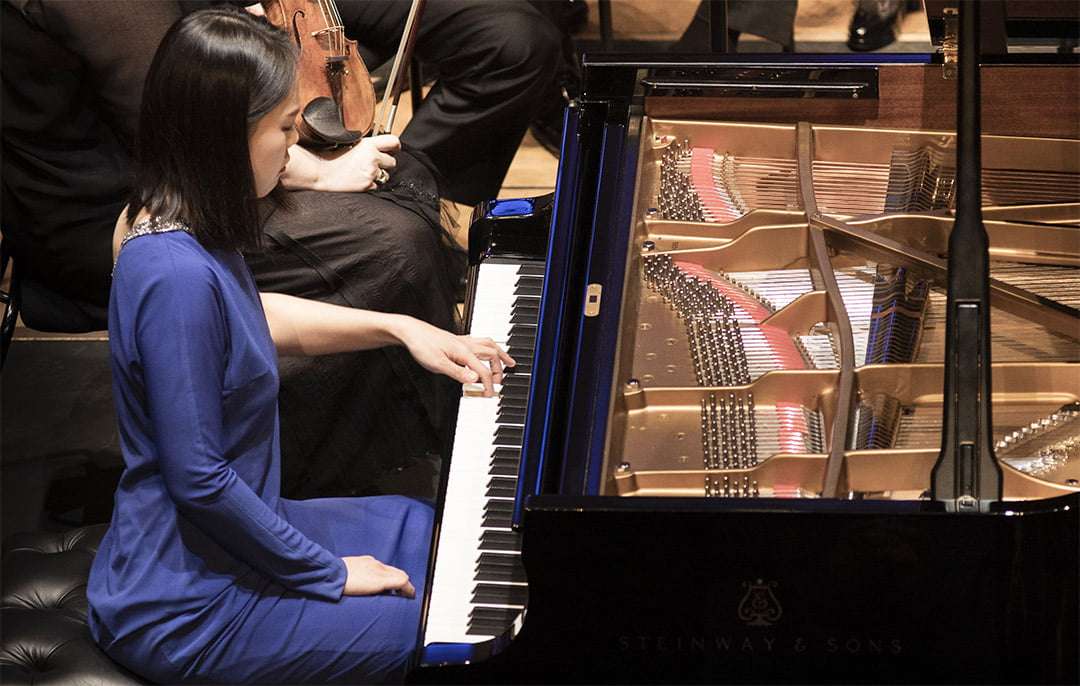 If you subscribe to Ravel’s Left-Hand Concerto as a lissom, petite affair, then Yeol Eum Son (second to Trifonov in the 2011 Tchaikovsky Competition) fitted the bill. A cool, orderly pianist, she fared best when delicato (invitingly so in the high register double-pedal paragraph from figure 30, and in the ruminations of the cadenza). But lost ground in the big orchestral tuttis (to the point of inaudibility), and in the muscular fortissimo needs of the opening entry. Personally, I prefer more strength and physicality. Orpheus taming the beasts, her encore, Paul Wittgenstein’s left-hand arrangement of the Siciliano from the E-flat Flute Sonata attributed to Bach, displayed simple, unaffected grace.

Tortelier’s eight-movement Rome and Juliet compilation ran the gamut of the story, detailed for the most part, occasionally visceral, the ISO’s leader, Sigrún Eðvaldsdóttir, a characterful, ebullient, copper-haired force, setting a flamboyant example for her colleagues to follow. Elegant phrasing and neat ‘salon’ cadences were plentiful. Where other conductors are theatrically galvanic – ‘Montagues and Capulets’, ‘Death of Tybalt’ – Tortelier resisted excess. ‘Dance with Mandolins’ (featuring a pair of offstage mandolins, Prokofiev’s original scoring) was a show-stopper; ‘Juliet as a Girl’ proved trim and fleet; ‘Masks’ assumed a slightly dour demeanour. ‘The Street Awakens’ did all it had to – veritably a box of chamber delights, post-Mussorgsky-ian chatter, and curtains surreptitiously drawn-back.

With Hildur Guðnadóttir hours earlier winning an Oscar for her Joker score, all that’s positive about Iceland was the feel-good message of the evening. True, no Svendsen Icelandic Melodies for encore, but a pair of English others in quick succession – Walton’s ‘Touch Her Soft Lips and Part’ from Henry V, and ‘The Wild Bears’ from Elgar’s second Wand of Youth suite – found everyone in elated form (strings in the former, bravura and a thrilling trombone line in the latter), Tortelier relaxed and assured, a gentle general among supportive friends.