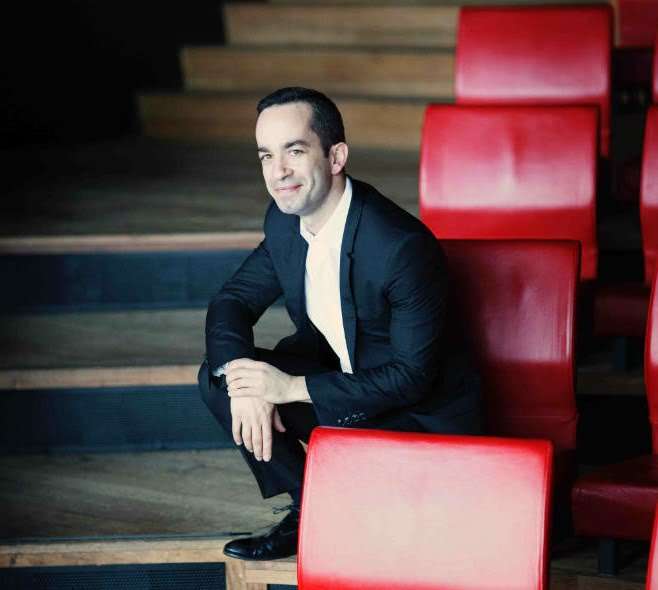 Inon Barnatan is becoming increasingly well-known in London, with two recent Wigmore Hall recitals and a couple of Proms under his belt. He takes on a lot of contemporary music and has proved a creative foil to the maverick cellist Alisa Weilerstein. He has declared an intuitive bond with the music of Ravel, and you might wonder if his dapper, well-tailored appearance echoes the French composer’s legendary fastidiousness. Barnatan’s approach to Ravel, however, is broad enough to embrace everything from secrecy to red-blooded drama, via an elegant, rather dry wit, and, in works that thrive in their orchestral versions, Barnatan is a phenomenal colourist with a technique that has you sighing with the satisfaction of seeing his hands at work. Even in the loudest moments of La valse, the sound was huge but never distorted.

In his opener – Jeux d’eau, hardly a warm-up piece – Barnatan made a clear distinction between soft and hard touch that added sparkle to the fountain’s riotous tumescence, and you got a strong feeling of the water’s organic chaos, its living for the moment, unfettered by the spiritual agenda of Liszt’s inspiration. There was also a bracing objectivity to Barnatan’s playing that turned into something like reserve in his expertly poised performance of the six pieces of Le tombeau de Couperin. They commemorate people Ravel knew who were killed in the First World War, ‘friends pictured within’ the order and poignancy of this French-Baroque pastiche. Barnatan’s characterisations were small masterpieces of engagement restrained by style, the ‘Fugue’ (the second of the set, like the sixth, the ‘Toccata’, not orchestrated) showing of Barnatan’s prodigious control of attack and articulation, and, technical complexities aside, a formidable muscularity in the ‘Toccata’. There was a veiled hint of heartbreak in the ‘Menuet’, and in its haunting Trio, Barnatan’s façade became even less reflective.

There was a long pause before he embarked on the Pavane, and the softness and remoteness of the opening were beautifully placed. The slight squeezes of rubato, the gentle but precise sweep over the left-hand’s spread chords, the meticulous observation of the Très grave directions – all cried out for solemn, unpressured choreography. As in Jeux d’eau, Barnatan seemed positively relaxed in all the virtuoso wizardry of La valse, turning up the hysteria dial remorselessly, spinning a huge amount of detail you don’t always register in the orchestral original, and pushing Viennese bombast towards a spectacular implosion.

Ravel’s inimitable and ambiguous sensibility seemed to suit Barnatan’s coolness well enough, but the latter didn’t always show Mussorgsky’s Pictures in the best light. He had no problems with the music’s bizarre imagery and powers of caricature, and his playing easily covered the eccentricities of the writing. Ironically, Ravel’s orchestration delivers transcendence on a plate, and Barnatan was locally brilliant in teasing out the exaggerated angularities of ‘Gnomus’, the chattering of ‘Unhatched chicks’, the bickering of ‘Goldenberg and Schmuyle’, and the hallucinatory vision of ‘Baba-Yaga’. His ‘Promenades’ started well, with a neatly drawn sketch of the self-important observer, but the moments of reflection or of being suddenly being moved by what he saw didn’t really explain the transformative grandeur of ‘The Great Gate of Kiev’. There were umpteen moments of Barnatan identifying with the observer but they didn’t gel, unlike his spectacular encore, Earl Wild’s arrangement of George Gershwin’s ‘I got rhythm’.