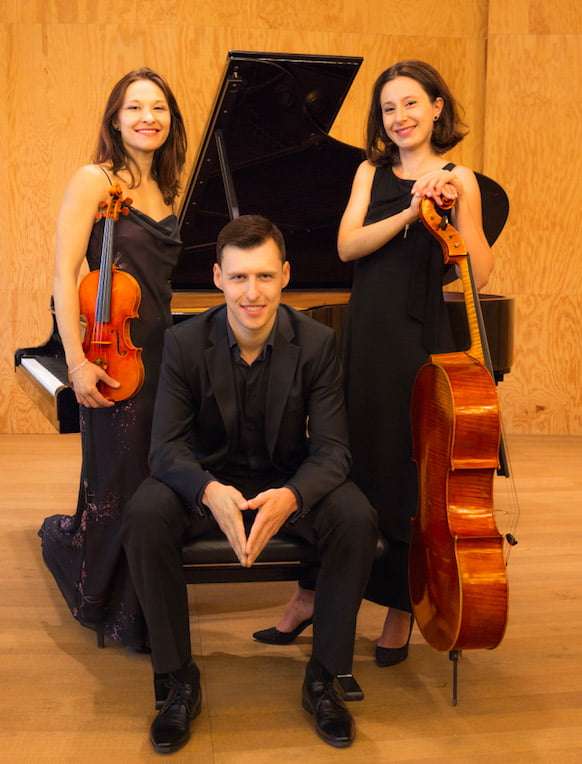 In one of the more obviously mainstream, audience-appealing concerts of this year’s International Spring Orchestra Festival, the Swiss-based Trio Ameraldi offered a seriously-inclined programme in historical reverse, Shostakovich’s youthful C-minor Piano Trio preceding Schubert’s E-flat. An attractively personable ensemble of relaxed charm and chemistry, boasting a strong line-up – Rachel Kisacanin studied with Yuri Zhislin and Raphaël Oleg, Diane Lambert with Raphael Wallfisch and Rafael Rosenfeld, and Alex Stukalenko with Konstantin Scherbakov – their affection for Schubert was most apparent in the Swedish-air slow movement and through the bustling conversazioni of the Finale. In the first movement, with exposition repeat, they might, however, have profitably benefited from a less lyrical, more assertively ‘Eroica’-type triple pulse, emphasising the symphonic tension of the music. More suited to a studio environment than the dry, sapping acoustic of the Teatru Manoel, their attention overall towards detail and dynamics, admirable in itself, didn’t always pay dividends, inflection and tension slipping in places, particularly in linking joins between sections (for example, in the opening Allegro, the lead-back to the exposition reprise, and the lead-on to the development). Stukalenko, a clean-cut pianist of fluency and flexibility, coped manfully with a Steinway D in less than ideal voicing or condition, its upper registers prone to skeletonic clattering, the mid- and lower-range more edgy than full. Passed its youth, it needs either a radical Hamburg overhaul or replacement. The wilder parts of the Scherzo emerged tamed.

Carefulness of execution hallmarked Shostakovich’s apprentice First Trio, dating from 1923 and his “picture palace” days as a busking silent-movie pianist in Petrograd. Again, there was much to admire, but in a sectionalised way that emphasised the episodic construction of the music at the expense of whatever formal grand design people like Miaskovsky discerned. Given that this music was written in the first flush of an adolescent love-affair, more urgency and awakening of unchaperoned passions would not have been out of place. The Five Pieces (skilfully adapted by Diane Lambert from Atovmian’s version for two violins and piano) went their melodious way, the cheerful closing ‘Polka’ less rustically abandoned than Soviet utility urban.

Prefacing the closing events of this year’s Festival, as part of the artistic director’s annual Rising Star series, the twelve-year-old Gozitan pianist Daphne Delicata is making her Teatru Manoel debut. For this first of three appearances, she offered Beethoven’s ‘Grande Sonate Pathétique’, written close to thirty years before Schubert’s Trio. From the full-voiced plunge of her first C-minor chord and the simply-shaped song of the Adagio, tone and cantabile are clearly priorities under development. The crisp articulation of the Finale and the assertion of her closing flourish combined a well-drilled technique with quietly calm musicality. Time will mature and make weightier the first movement – but her sense of theatre and 2/2 Allegro molto lent the music the requisite character of a fist-shaking Grand Mogul out to conquer princes and floor princesses.