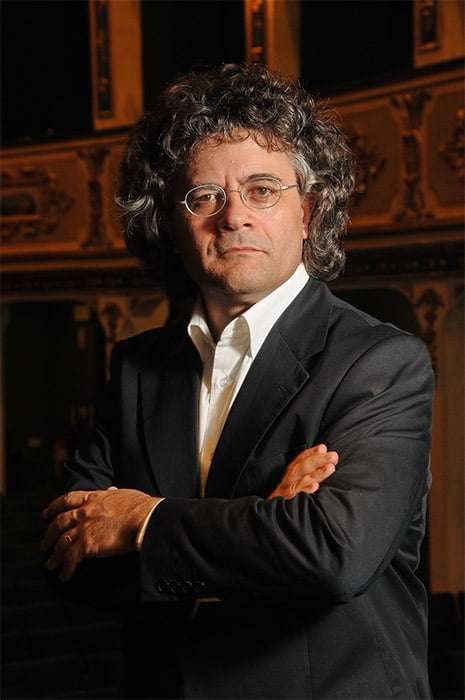 This televised closing concert of Karl Fiorini’s eleventh International Spring Orchestra Festival in Valletta – “From Zappa to Beethoven” – featured the premiere of his seven-minute setting of Rudyard Kipling’s 1895 poem If. Born in 1979 and for some years now based in Paris, Fiorini studied in Malta with Joseph Vella and Charles Camilleri, and in London with Diana Burrell (Guildhall School of Music & Drama) and Michael Zev Gordon (Royal College of Music). He identifies his style as “marked with a sense of self-mockery and eclecticism, without lapsing into clichés”, teasingly inviting us into a Pandora’s box of paradoxes and contradictions. Like the man, the music is visceral and sensuous, lean yet generous, a nuit blanche ride where the outpouring of emotional goes hand-in-hand with raw savagery and snarling cynicism, troubled desires and high-wire risk-taking. He’s not a composer who plays for safety, like Icarus he flies close to the sun and sometimes falls to earth. Creating and questing among the bars and back streets of Paris, notebook in pocket, the ghosts of the great to feed his fantasy, holding Lisztian court down the old red-light lanes of Valletta, lost eyes searching through a haze of G&T and thinly-rolled cigarettes, is where he is at his most comfortable but also most nakedly vulnerable.

Compared with the very different vocabulary and theatricality of his two Violin Concertos (available on Divine Art – music Patricia Kopatchinskaya should really get to play), the Second Symphony or de dioses y de perros premiered at last year’s festival, If occupies a neo-romantic plateau of quiet, clarifying reflection. Touches of French mélodie and symbolism runs through its pages, likewise Mahlerian Lied and the early days of the Second Viennese School. I found myself thinking in passing of Debussy’s Pelléas et Mélisande (the opening rustles), of a vaguely English manner hard to pinpoint – more a question of nuance and linguistic inflection than anything directly attributable.

Fiorini has always been drawn to sub-texts – the what-might-be/what-if factor – and there are plenty to choose from here. The provocation, for instance, that Kipling’s iambic pentameter text, with its conditionals for arriving at manhood – a father’s advice to his son, “emphasising human dignity and wisdom but, more essentially, what it undertakes to be a man of good character” – might also be seen as a master’s instruction to an apprentice. The climactic ‘knocking’ trumpet E-flats (a going back to Mozart via, from a Maltese perspective, Camilleri’s Missa mundi), the Beethovenian dotted-rhythms, the Straussian violin at the end, send other messages. Do melodic phrases that, overall, rise more than fall generate hope and aspiration? Do rhythmic patterns where triplets are followed by couplets (reversed Fibonacci sequencing), the momentum urging forward then holding back, suggest, however modest or microscopic the context, impetuosity cautioned by wisdom?

Framed by a related short introduction and coda, the whole scored transparently for the same orchestral forces as Beethoven’s ‘Choral’ Symphony with the voice sympathetically supported or doubled, If shows Fiorini in tonal, accessible mood addressing a universal audience – inwardly subtle, outwardly simple. Journey completed, the violin ascending Transfiguration-like, the music reaches for G-minor. Much of it, though, from the initial flutes, first violins and vocal entry, is Locrian based. 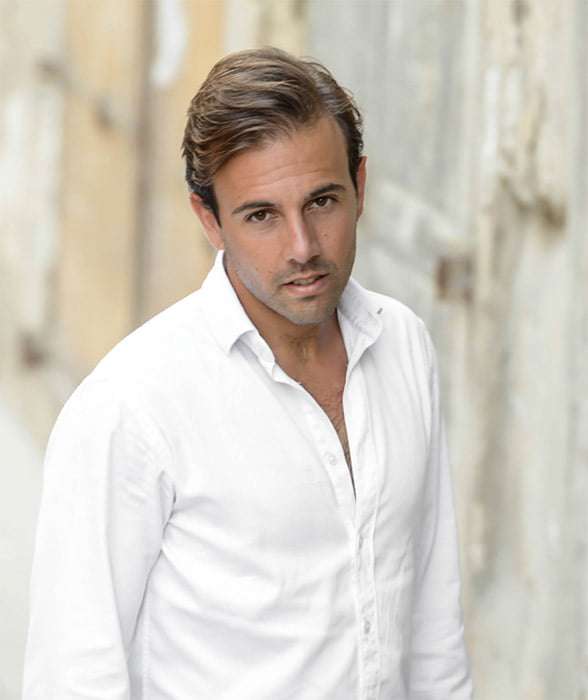 Nico Darmanin, a BBC Cardiff Singer of the World finalist in 2015, was the formidably confident soloist, bringing an ardent European vocal quality and enunciation where others might have been more bullishly/jingoistic. Brian Schembri and the Malta Philharmonic crafted a picturesque accompaniment, spaciously phrased and attentive.

Come the ‘Choral’, to Schiller’s sentiments of brotherhood, freedom and the dwelling father, the all-seeing master ”above the canopy of stars”, carried on neatly from Kipling’s ”yours is the Earth and everything that’s in it”. Schembri has had a good Beethoven run this season, including the Missa solemnis in Rome and the ‘Eroica’ in Vienna. He took a brisk view of the first movement, allowing it to move on, at his best and most fierily charismatic in the cued argument of the development section and the weighty conception of the coda. The Scherzo raced and played, a battalion of players at the unison, hard-stick timpani on the attack, the Trio section pastorally judged without ever over-gilding the point-making.

Some of the most eloquent playing was reserved for the double-variation Adagio. Here the woodwinds excelled, and the strings glowed with enriched warmth. The balance was ideal, the tempo/metric changes between the two main themes moderated rather than contrasted allowing lines and accompaniments to soar, merge and speak – a rich communal forum. The great D-flat pendulum swing at bar 133 – remembering the ‘Eroica’, beckoning Bruckner Seven – found violas, cellos and double basses digging deep, a grounded fortissimo.

The Finale witnessed a mix of lusty, grand and headlong. Most striking was the deliberated pacing of the ‘Ode to Joy’ theme, turned into an expansive, gravity-laden hymn, the pulse chiming like so many cathedral bells. Schembri took his time, too, with pauses, most noticeably before the 6/8 ‘Turkish March’, but then, in passages of purely orchestral debate, and in the furious culminating pages, he went into high gear, exhorting Beethoven’s humanitarian message with the clearest of beats and the tautest body language, now stooping, now standing proud, baton stabbing downwards, left arm held aloft, a general at the head of his troops, sure of his strategy.

Of the soloists, variously matched, the biggest impression was made by Marvic Monreal, currently on the opera course at the Royal Academy of Music, and, like Nico Darmanin, a former student of Gillian Zammit’s. The combined chorus, one established, the other local, selected and trained for the occasion by the up-and-coming Riccardo Bianchi, was largely secure if marginally light at the bass end.

If the evening had a downside, it was the unwanted raising of lights between movements, the outbursts of disruptive applause, and scurrying cameramen. Someone in stage management should have been warned that the Ninth isn’t a four-set show, the orchestra isn’t a band, and the conductor isn’t a head-phoned MD.