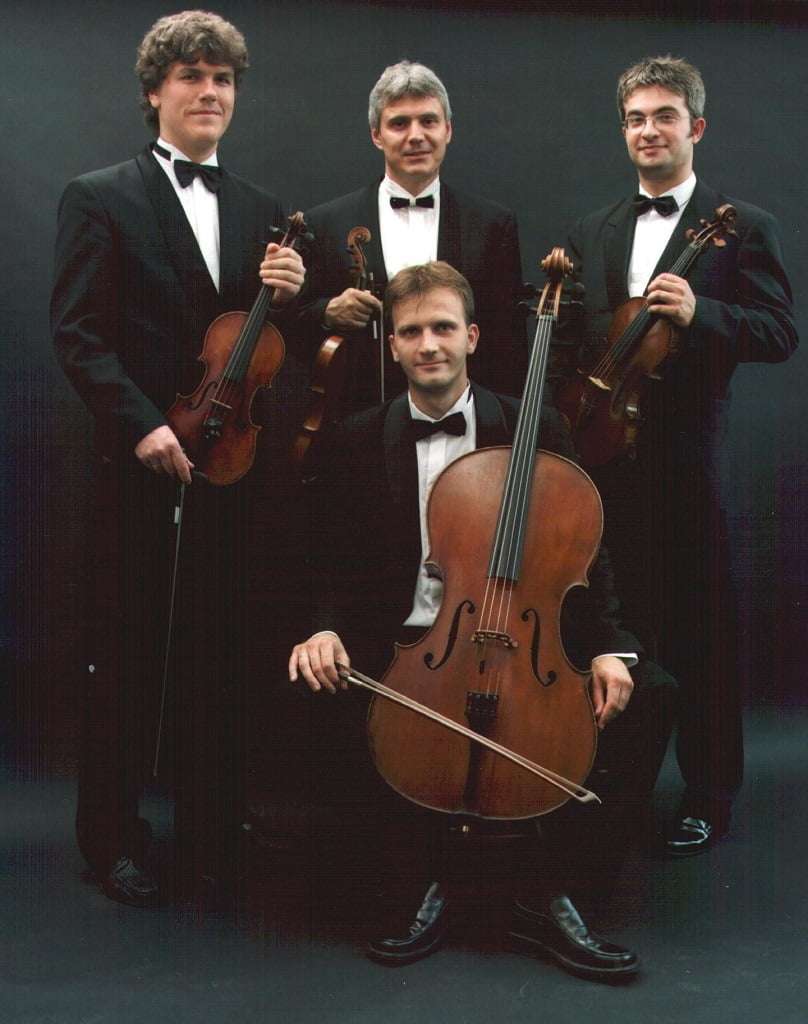 This looked like being one of the highlights of this year’s International Spring Orchestra Festival in Malta. Twenty-two years together, the Somogyi String Quartet from Budapest is a perfectly honed, harmoniously tuned ensemble. Serious musicians out to make serious music. No histrionics, no act, no smiles. They troop on, sit down, and play. They don’t look at each other, there’s no visible eye contact. But their timing, breathing and unanimity are uncanny. And the blend of sound they make is deeply grained, fabulous across the registers, velvet warm and shaped whatever the dynamic range. They think harmonically, they articulate with the keenest ear for textures both vertical and linear. In contrapuntal passages they make a point of defining entries without assertion, they set the stage for dialogue and exchange, providing the listener with map, possibility and actuality of a piece. Four men living as one, playing as one. Should they come your way, don’t miss them, a platinum act.

Running out at around fifty minutes, Schoenberg’s First Quartet (1904-05) was a tour-de-force. Not only in terms of architecture – a massive, dramatic edifice inspired by the “mental essence” of Beethoven’s ‘Eroica’. But also as an exercise in co-ordination, in making sense of the intricate, interweaved elements that make up the whole. In writing it Schoenberg was concerned to “include all the four characters of the sonata type in a single, uninterrupted movement. Durchführungen (development) should not be missing and there should be a certain degree of thematic unity within the contrasting sections”.

The single-movement structures of the Romantic/post-Romantic era, with their numerous subdivisions and variegated plains of tempo and emotional temperature, are notoriously hard to hold together. The Somogyi members succeeded regally. By the time the end was reached, the pianissimo balm of D-major rising above a low open-fifth drone like incense around the room, I found myself thinking that we had been presented with a more than eloquent masterclass in music-making of a kind Hans Keller might have coached half a century ago. Somehow, though sheer simplicity, through an uncluttered, acute response to the detailing of the page, understanding how to accommodate nuances and rubato, they gave new meaning to thematic inter-relationships. And they brought life to the idea of development and Germanic cellular argument as interactive conversation more than routine device. Obvious enough when you think about it but not that often encountered with such intensity and conviction. The concentration and spiritual price was draining – and complete.

No less a privilege was Schubert’s ‘Death and the Maiden’ – without first-movement repeat, and with a quicker Presto Finale than the Harmonia Consort Mahler version in this same room a couple of nights before. At the core was a memorably judged set of slow Variations on the 1817 Claudius song that inspired the work, a suggestion of echo dynamics on repeats. Arguably, in the Theme, the dynamic scaling between pianissimo and forte could have been more enhanced, and the first-violin turn at the close of the second half more expressively articulated, but it is mean to quibble. The closing “Tarentella of Death” was fevered and desperate, in the Somogyi musicians’ hands journeying a road to the Underworld shared with the corresponding movement of the C-minor Piano Sonata and, by analogy, Beethoven’s E-flat Sonata, Opus 31/3. Simple as they are, the last two chords – A-major, D-minor, fff – came over with unexpectedly bladed finality. Chilling.