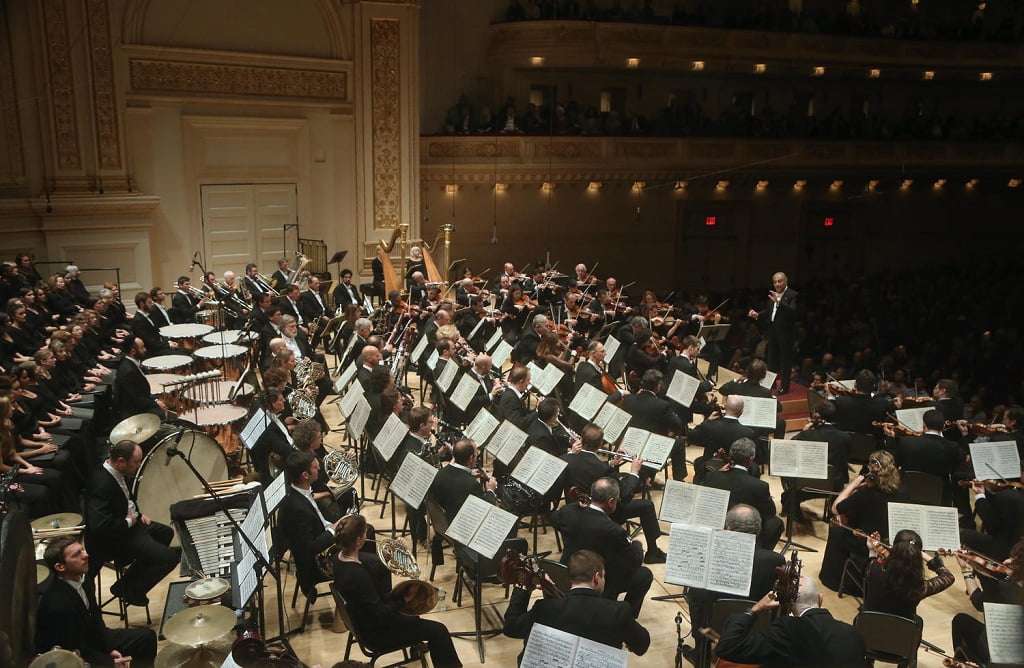 Zubin Mehta and the Israel Philharmonic came to Carnegie Hall to mark their fifty-year partnership with Mahler’s Third Symphony. They are hardly strangers to this work, having recorded it for Sony nearly twenty-five years ago, but their enthusiasm may have faded, as most of this performance was rather routine, lacking character, temperament and dramatic force. In the lengthy opening movement, Mehta’s rather bland reading diminished what should be strong contrasts. The brass was tame, and strings never quite achieved full bloom. Nir Erez offered technically efficient, though rather dry trombone solos, and Mehta was more intent on pressing forward than.

A moderately pleasant if somewhat stiff second movement lacked the finesse needed for rustic charm, these ‘flowers’ made more of papier-mâché. Only the final section, with its engaging violin ornamentation, gave some lift. The ensuing movement enjoyed more involvement, but its playful character hardly came through, the ‘animals’ too tame for carefree frolic. Faulty balances resulted in important motivic material being buried under strong tuttis. The posthorn solo was well-played offstage by Yigal Meltzer, but did not sound as if from a distance, as Mahler directed, and the concluding outburst was too moderate.

For the Nietzsche fourth-movement (from Also sprach Zarathustra) Mahler wrote for a contralto, although it can be sung by a mezzo who can manage the low-lying tessitura. Unfortunately, Mihoko Fujimura – notwithstanding her clear and very lovely voice – lacks the lower range called for. Fujimura made a modest effort to characterize the words that speak of the depth of humanity’s suffering and longing for eternal joy, but at times she could hardly be heard; and where Mahler’s directions (hinaufzehen. Wie ein Naturlaut – uprising, like the sound of nature) call for a lip slur, oboist Marco Salvatori produced a different effect, more like a glissando. In the brief movement that follows, the enormous assembly of female singers (Mahler expected boys’ voices) was too diffuse and inarticulate to clearly impart the text from Des Knaben Wunderhorn, although Fujimura here gave a moderately moving account of a sinner’s confession and quest for salvation.

The performance came to life in the Adagio Finale. Setting a slow pace, Mehta inspired the violinists to play with tender, caressing expressivity. As the movement progressed through its three crises in which the dark side of the first movement threatens to return, he generated fervor and intensity. A serene flute solo (nightingale), beautifully played by Yossi Arnheim, rose gently as if beckoning Heavenward. Redemption is then close at hand, timpani leading the way with a steady tread, the rather subdued treatment of the preceding movements redeemed in this magnificent conclusion, Mehta maintaining an appropriately broad pace to bring this great Symphony to a stirring conclusion.