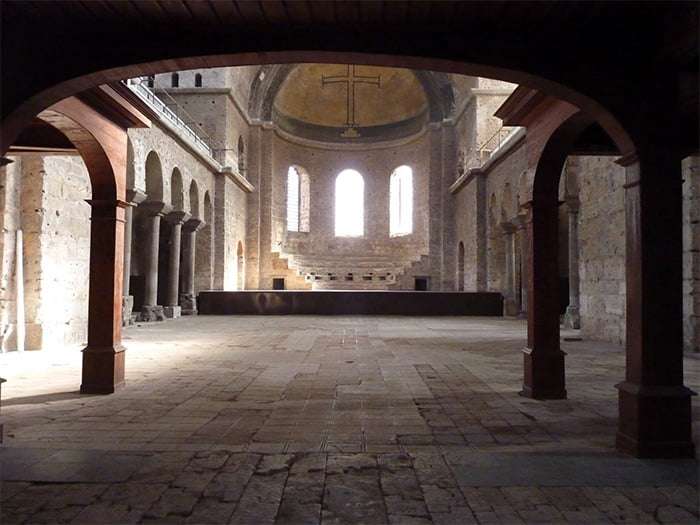 Pursuing the “Unusual” theme of this the forty-fifth Istanbul Music Festival, this concert contrasted a Russian orchestral fest with two of the several Left-hand Piano Concertos commissioned by Paul Wittgenstein before the Second World War, one famous, the other scarcely played.

In the Ravel (1931), Hüseyin Sermet, Turkey’s best-known ex-pat, based in Paris, excelled in the solo paragraphs, etching the textures with care and beauty, concerned with colour and intimate projection – notwithstanding the distraction of flying pigeons dazzled by stage-lights and the evening ezan of the muezzin from the Blue Mosque breaking through in incongruous counterpoint. 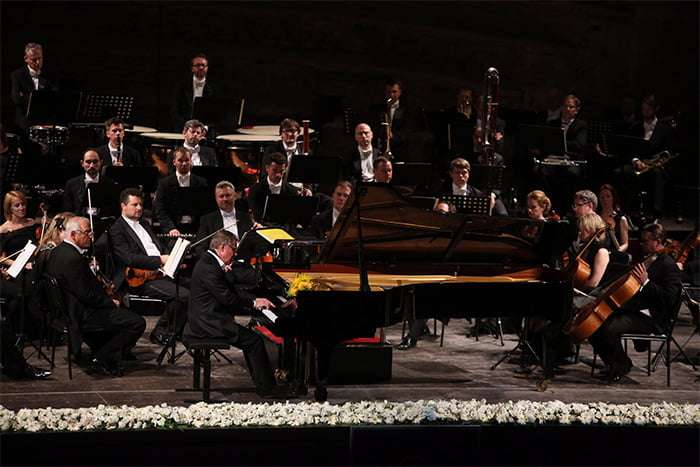 Through no fault of his, the big moments and the tuttis lost definition, however, if not audibility. The orchestra, prone to loose entries and over-balanced brass and percussion, didn’t help. But most to blame was the cavernous acoustic of the Byzantine Hagia Eirene Museum in the outer courtyard of the Topkapi Palace, the former arsenal of the Ottoman janissaries. As Sermet’s beautifully delicate encore demonstrated – Ulvi Cemal Erkin’s Little Shepherd (1937) – you can whisper a poem and be heard in this old basilica with its rough walls and enduring Constantine cross. But anything more complex fragments. In a city as vast and populous as Istanbul yet still without a dedicated major concert hall, Hagia Eirene has long been an uneasy compromise. Yes, you enter history for a few hours, fifteen centuries of it, but at a price.

In such a space, Prokofiev’s Fourth Piano Concerto (also 1931), its motoric rhythms playing to the beat in contrast to Ravel’s playing to the emotional curve, survived better, it’s less-opaque orchestration presenting fewer ensemble problems. Vassilis Varvaresos, a rising star of supremely assertive self-confidence, metallised his way through the notes, athletic and lithe but with time for deeper thought in the second and third movements. Wittgenstein professed not to understand the piece; clapping nervously, nor, it seems, did this audience, confused as to where the music stopped and evidently puzzled by some of its enigmatic corners. For an encore Varvaresos offered a personal take on the Finale, an Alkan-esque ‘toccatina‘ for two hands, winning everyone over with his easy-going humour and legerdemain. 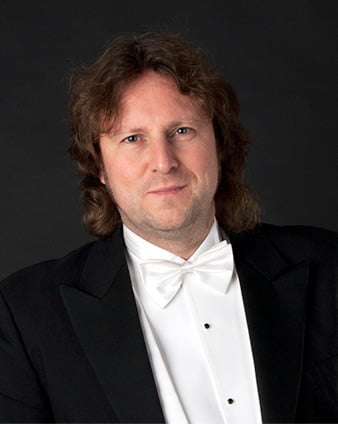 Contrary to its name, the Russian Chamber Philharmonic St Petersburg, founded in 1990, fields a respectably large array of players. Under Juri Gilbo they took time to settle. Least successful was the Suite from Stravinsky’s Pulcinella, the detail of the faster movements getting swamped, and the lyrical reflection of the slower ones losing momentum. This is music that requires finely tuned accuracy and a virtually dry room. The principal players struggled, and with fifty-percent of their effort and subtlety dissipated in circling overtones the result was unfocussed and messy.

Come the simpler canvas of Borodin’s Polovtsian Dances (the opera Prince Igor completed by Rimsky-Korsakov and Glazunov), things took alight. This was a physical, co-ordinated reading, sending us home with a tune to whistle and a rhythm or two to help negotiate the surrounding cobbled lanes. But not before two encores – from Glazunov’s Raymonda and from Sviridov’s Time, Forward! (1965). The latter, with its piano obbligato, strident trumpet, and repetitive side-drum born of Ravel Boléro/Shostakovich 7, strings digging deep, unison off-bows swung through with virtuoso flourish, each of the girls a prima ballerina in overdrive, reminded that only Russian orchestras, the Russian/Baltic temperament, can command such hoary Soviet hits with so much nuanced panache and orgiastic inevitability.