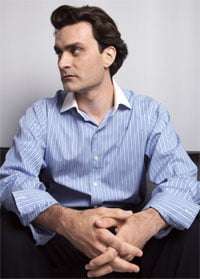 This was an auspicious occasion – the few of us present have ample cause to remember it. This was Ivan Ilić’s London debut. He was born in California, has strong family roots in Serbia and took a Premier Prix at the Conservatoire Supérieur in Paris.

Simply by knowing of his degree in music and mathematics from Berkeley, it is easy to classify him as a ‘cerebral’ musician. In fact, he is a magisterial technician, with a formidable brain and a far-reaching sensibility that effectively and unpretentiously reaches far further than the immediacy of his sleeve or his heartbeat.

He introduced the repertoire of the evening firmly, with an air of diffidence. He is a man of privacy, sharing with us his inner life and progress. He is not a showman. Yet he has daring and conviction – and a gift.

He commissioned Afterglow as a piece to disseminate the timbre of the piano. A dry study? Not a bit! It’s a riveting piece challenged one to listen to the piano’s capability – and to recognise the importance of silence together with delicacy and a wealth of modulation from a single, held note. This is music of considerable power.

The Debussy Préludes continued this theme, majestic and resonant, expressing a particular sonority and timbre, the emotion of the pieces lying in the soundworld, ‘pure’ music of impressionistic capacity.

The two Brahms’s Ballades (of four) showed up vividly as precursors of Debussy and Makan, hinting at sonorities to come. Ilić swung the melodies into vision, keenly.

After the interval, Ilić focussed on works written for the left hand, partly a venture in personal physical development. Brahms’s left-hand version of J. S. Bach’s Chaconne rolls majestically as if on some rich organ. The five fingers are required to convey restless vigour and skilful, adroit counterpoint, together with – towards the end – imposing blocks of harmony. The overall effect is arresting and imposing, darker than Bach’s original for violin – and less aspirant.

Godowsky’s re-casting of Chopin’s Studies makes them darker than the originals, melodies taking on a rich and sultry character, giving Godowsky the opening to create a distinctly individual bloom and opening out for pieces he could justifiably identify as his own work, which Ilić fully exploited – a pianist to watch.