Men in Motion – Ivan Putrov’s celebration of the male dancer 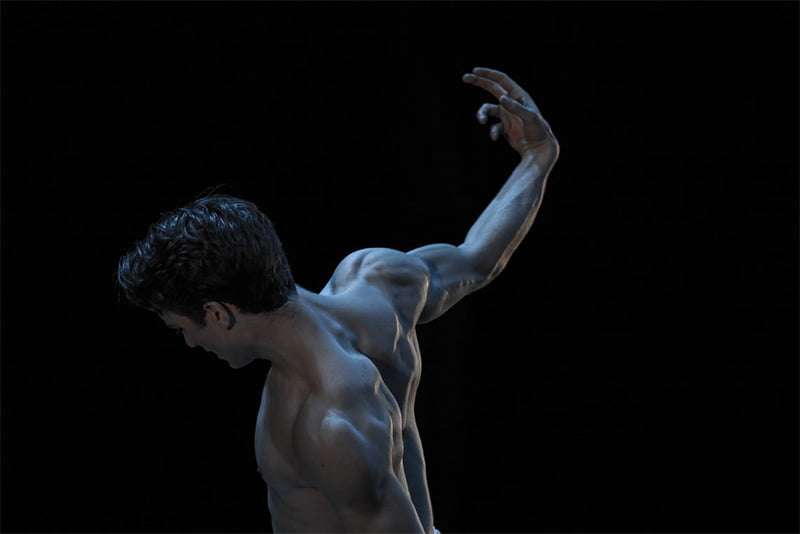 ‘Men in Motion’, Ivan Putrov’s celebration of male dancing, is an object lesson in how more very often means less; so many and disparate were the pieces on show, so diverse the styles and so haphazard their scheduling, that the evening became a succession of numbers without discernible structure or direction. That is a pity, as there were items of genuine interest delivered by a grouping of fine dancers from both the UK and abroad.

It was a mistake to allow Daniel Proietto to open the evening with The Mockracy, his extended 25-minute rambling monologue which railed and ranted against Trump, Putin, fake news and all other ills which he sees befalling humankind. It was a mistake not to start a show entitled ‘Men in Motion’ with some dancing – that only happened some 30 minutes into the evening. It was a mistake to give Proietto a soapbox from which to expound his sixth form views on the world which could equally have been summed up by a couple of verses of ‘I’d like to teach the World to Sing’. Instead, the audience sank further into their seats as he droned on, some started a slow hand-clap and shouted ‘get off’, which was hardly the up-beat opening Putrov would have wished for. Elsewhere the aspirant if prolix orator showed what an effective dancer he remains, even if he performed two of his ‘stock’ party pieces, the first Russell Maliphant’s mesmeric Afterlight, set to Satie piano music and evoking the sealed in world of the insane Nijinsky whose drawings of circles clearly inspired the choreographer. In the context of this over-extended evening, even this brilliant piece seemed long, as did Proietto in Sinnerman to Nina Simone, notable principally for the spangling body suit he wears rather than the quality of the dance invention. 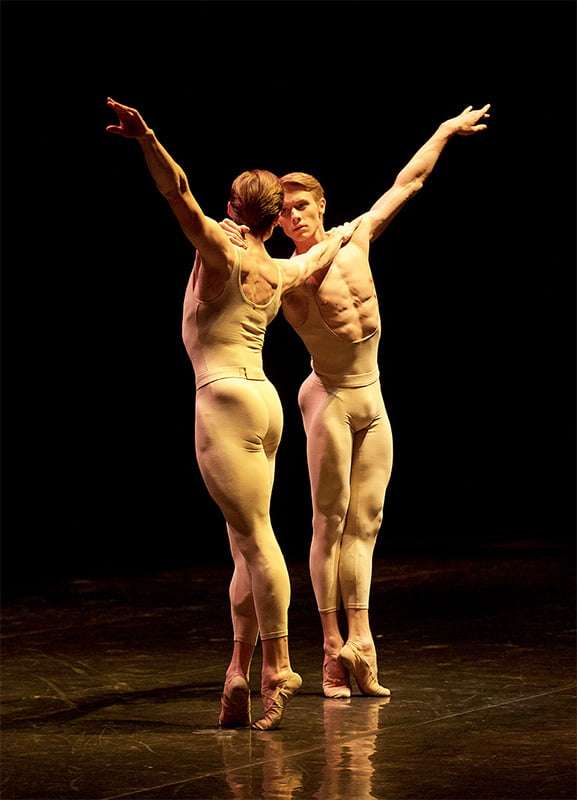 Indeed, the whole evening was all too drawn-out, a two-hour show stretching to two-and-three-quarters, without a thread to hang all these different dances together. Marian Walter brought his impressive physique to Ludovic Ondiviela’s choreographically unfocussed Berlin, a one-size-fits-all reaction to Max Richter, but was shown to better effect in a striking duet with Alessandro Staiano from Roland Petit’s Proust ballet, an essay in marmoreal male physicality while also hinting at romantic attachment. It is a pity London does not see more Petit. Ondiviela scored a hit, however, with System/A.I., a neat little vignette for Putrov and Matthew Ball, a rising star of The Royal Ballet, in which we see the older dancer unwrapping the younger and switching him on. A robot and owner duet unfolds, allowing Ball to show off his splendid musculature (he wears only pale trunks) as well as a nuanced delivery of the choreography which, nevertheless, calls for supreme physical control and was notable for showing his clean line. Mathieu Ganio, a Paris étoile no less, demonstrated his thoroughbred classicism in the Act One Swan Lake solo in Nureyev’s version of the ballet – not the most flowing or musical – and true danseur noble credentials. However, the poor man had previously had to suffer the costume indignities of Clair de Lune, a new swoopy solo characterised by extravagant arms by Alastair Marriott, in which he had to don a Philip Treacy (of hat fame) creation – a marabou covered confection which floated and swayed as he moved and made him resemble a nude-coloured anemone. Not his finest hour.

The ghost of Nijinsky hovers over any enterprise celebrating men in ballet, and one would have wished for a little more courage on Putrov’s part not to take any notice of it. A solo from Fokine’s 1911 Petrushka, which would have not been recognised by the choreographer as his own, was fatally compromised by being seen out of context, whereas Le Spectre de la Rose needed more wow factor than can be summoned up by a flimsy evocation of Léon Bakst’s iconic set and the 37-year-old Putrov as the pink-clad Spirit of the Rose.

Two notable solos, however. The first from Italian Giovanni Princic in Eric Gauthier’s jokey Ballet 101 which has become something of a party piece for accomplished male dancers the world over. He performed it well, with a sort of goofy have-a-go quality which fits this riff on the positions of ballet perfectly and whips the audience up into froth of pleasure. More difficult but eagerly anticipated, a solo Jingling from the Zills for none less than Irek Mukhamedov from Arthur Pita, fresh from his over-blown The Wind at Covent Garden. It is typical Pita – off the wall, intensely theatrical, not a little impenetrable. Mukhamedov is first seen sitting on a stage chest swigging from a bottle of vodka; cue mad tambourine action with increasing frustration and rage as he forgets his place and the sequence. Looking not a little like Max Wall, Mukhamedov holds the stage and our attention as he throws himself into Pita’s fantasies with gusto, inflecting his comic capering with increasing sadness and the deep melancholy of the clown – it ends with the curtain being brought down onto his neck, leaving only his seemingly decapitated head in view. It is good to see this great artist again, albeit in a vehicle which might not be to everyone’s taste.

Putrov’s enterprise is to be encouraged, praised even, but this outing for ‘Men in Motion’ felt out of control and, fatally, lacking in an understanding that a show must take its audience with it – it cannot expect to come along unaided.