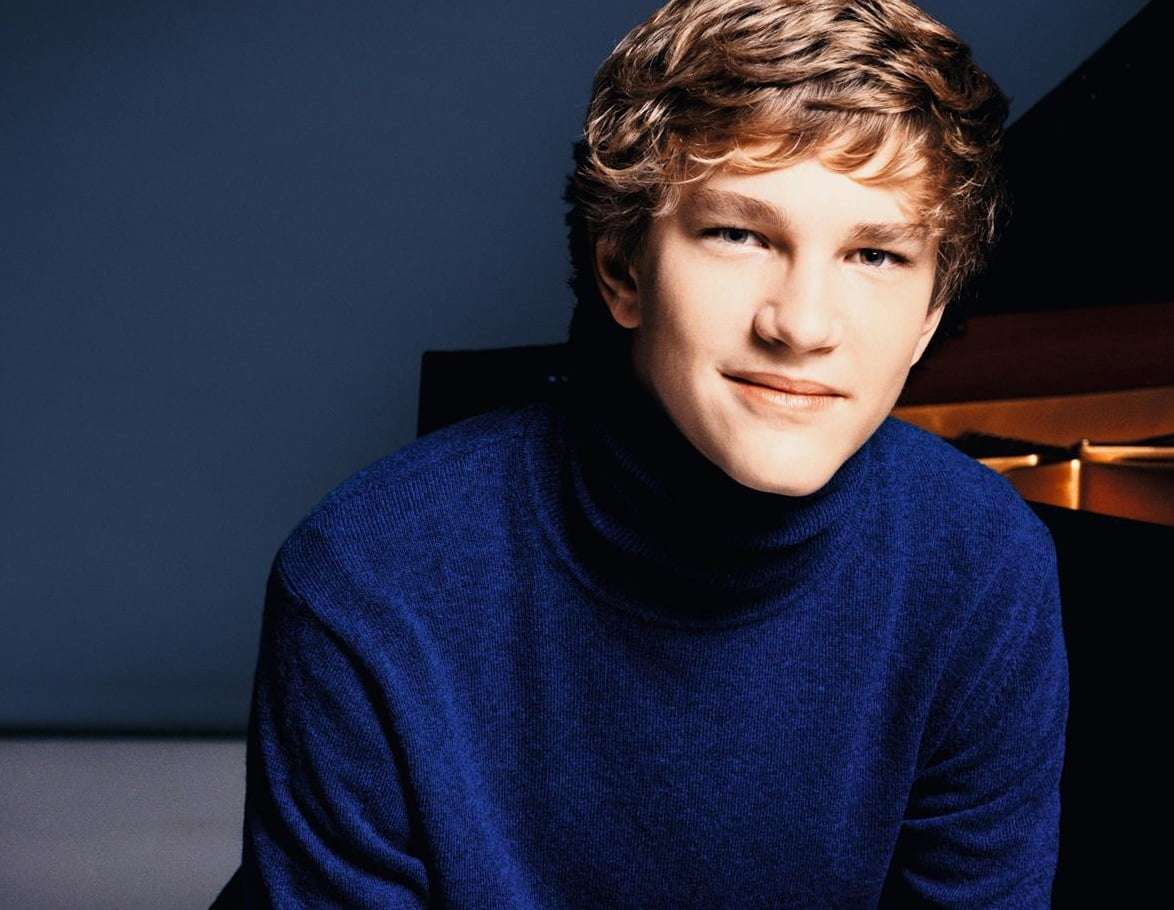 By and large this was a recital of two halves. Bach and Schumann on the one hand, Chopin and Schubert on the other. Jan Lisiecki isn’t a pianist who launches into a piece – he takes his time, he prepares the ground and the room, and only then does he take off. The Bach offered intelligent playing, meaningfully shaped. Upper and lower voices entered into civilised dialogue, maybe a little too sophisticated at times but always interesting. There were occasional hints, though, of misplaced tempestuousness, left hand racing right at the expense of a clean rhythmic pulse. A touch more reining-in and stylistic stability would not have gone amiss.

Schumann’s quixotic Opus 32 set (a Gilels favourite) went on its way, glimpsing Kreisleriana waters and shadowed valleys, with occasionally deeper complexities. Lisiecki flexed his way through the music decently enough, but without Gilels’s resolute authority or firmness of structure, nor the kind of poetry or meaning he used to bring to the closing ‘Fughetta’ – which just happened and stopped yet somehow went nowhere.

Happening, stopping, going for extremes increasingly marred the Chopin group. The First Scherzo had little to recommend it. This was a rough-and-ready reading blowing hot and cold, very fast or very slow, violent in gesture, wanting in expression and properly connected ben legato line in the Trio. Maybe Lisiecki wanted to communicate a raging fire, but he ended up with a cameo of neurotic extremes. I found it out of character, at times even offensive. The Nocturnes had their moments (the chordal C-major material of the First, the tierce de picardie rumination of the Second). But a weakness for playful roulades and thrown-away cadences was hard to reconcile. The doppio movimento of the C-minor was hectic and splashy, needing better balanced articulation and clarity to convince.

The second set of Schubert’s Impromptus suggested work in progress, the performer obtrusively between composer and audience. At times the element of caprice (crudely, untidily so in the Fourth number) threatened to derail events, a (relatively high) error rate distracting further. The dryness and reticent scaling of the Second surprised. Least successful was the B-flat Third where Lisiecki’s brisk tempo may have caught the 2/2 metre but comprehensively negated any andante intention. Reminiscent of Horowitz and the spurious habits he perpetuated, changing speed for the each of the variations and aiming to glitter in the second and fifth of those (without yet the poise or charm to do so) did nothing for the spirit or grace of the notes. This was a performance that never came close to tasting the nectar of Schubert’s emotions.

The single encore was ‘Träumerei’ from Schumann’s Kinderszenen (Opus 15), calming in purpose. From the occasional bumps and drop-outs (missing the A of the first chord, for instance), Lisiecki however was evidently less than happy with the action and response of the Steinway, endemic of the evening.