Jane Austen in Words and Music 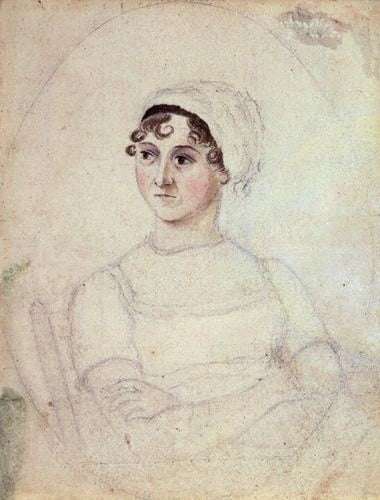 This was a very English event, a tribute to the novelist Jane Austen (1775-1817) who from 1809 lived in a cottage on the estate of Chawton House which her brother Edward had made available to his mother and his sisters. The programme was drawn from the large collection of music owned by the Austen family. Jane copied a number of these six-hundred works into the family music notebooks, and most of what was heard in this recital is to be found in these books.

The opening piece was a modern tribute – a calm choral setting by Paul Wright (one of the evening’s musicians) of a prayer written by Austen; he accompanied on the organ. Even the title of the Steventon Singers was a form of tribute since that nearby village was the author’s birthplace.

Attired in Georgian-style dress, the instrumental ensemble used modern instruments and the intimacy of the room of this country house gave a relatively dry acoustic, thereby making accuracy of tuning important. The players – not all of whom are full-time musicians – were exemplary in this respect. One feature that might have troubled was the use of an electronic keyboard. Nevertheless, this did have an advantage because the tone was not too far from that of a fortepiano, which suited the pieces admirably.

We began with Haydn’s Flute Trio No.1in C from his six ‘London’ Trios first published in 1799. The Austen edition was used – Haydn’s original version for two flutes and cello – and a crisp, vital performance ensued. There followed the Allegro assai from Pleyel’s Sonata No.2 – written as a duo with violin but this was the solo piano version of the substantial first movement, the brief Presto which completes the work was not performed – no doubt in deference to what is to be found in the Austen collection. It is interesting to note that although Austen liked the music of Haydn, it appears that she preferred that of his pupil Pleyel.

Two songs followed – Haydn’s popular ‘My Mother Bids me Bind my Hair’ and ‘Che farò senza Euridice’ from Gluck’s Orfeo ed Euridice. Both were sung by Theresa Lunn who used vibrato modestly and characterised both pieces with conviction, the Gluck presented eloquently using an English translation.

Pleyel’s two-movement E-minor Piano trio concluded the first half – an interesting work featuring a surprisingly romantic opening Andantino – here taken at a suitably unhurried pace. This was an excellently accurate and sympathetically phrased reading ending with a vivid Allegro molto. 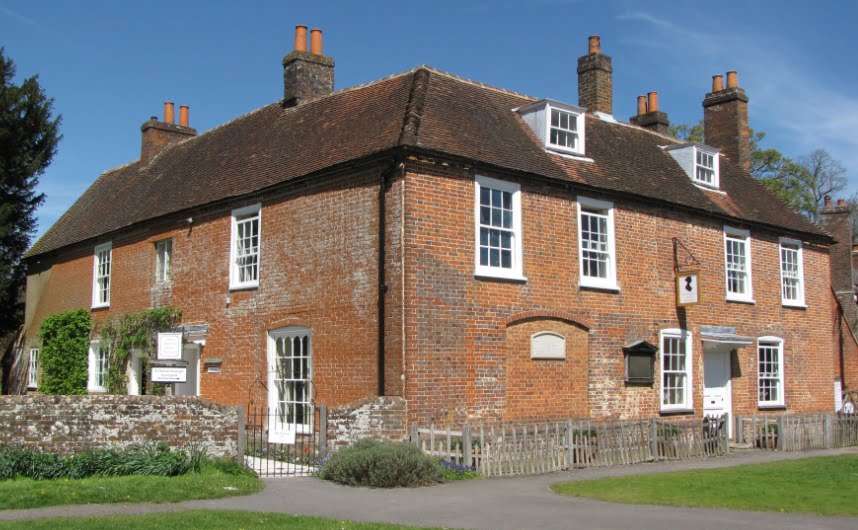 A substantial tribute was paid by Philip Andrews in his seven-movement Jane Austen Suite. This is a most attractive work in which each section portrays a character from a Jane Austen novel. Each of her six most-famous books was invoked plus the unfinished Sanditon. It was entirely suitable that before each movement a description of the character taken directly from the relevant book was read out. The Suite is immensely tuneful; the melodic skill of Eric Coates came to mind in the swifter pieces. The portrayals of Catherine Morland (Northanger Abbey) and Charlotte Heywood (Sanditon) are gentle and reflective adding only violin or cello to the piano in each case. The final movement is a great romp representing the garrulous Miss Bates from Emma. Here I sensed the shade of Percy Grainger.

Lunn then sang ‘The Wedding’ by James Hook (1746-1827) and ‘Ellen, the Richmond Primrose Girl’ by Reginald Spofforth. Rather quaintly the programme note suggested that the songs “push the boundaries of propriety”. The words do not immediately suggest that the subject is risqué but the coquettish way in which they were sung certainly did.

Frantisek Kotzwara (1730-1791) composed one of the most popular pieces of the late-eighteenth-century: The Battle of Prague which shows similarities to Biber’s Battalia. It was presented with much humour – the narrator declaiming the description of each section at appropriate points: the trumpet call, the march, the charge, the cries of the wounded… (interesting how the trumpet call is so similar to that in the second movement of Haydn’s ‘Military’ Symphony). Nothing was taken too seriously – cannon fire was represented by exploding balloons; an actor played trumpeter, wounded soldier and finally the King at which point the National Anthem became part of the composition and everyone stood. At the final bars, the audience let off party poppers – maybe not correctly Georgian in period but the evening still had a firm feeling of authenticity about it.