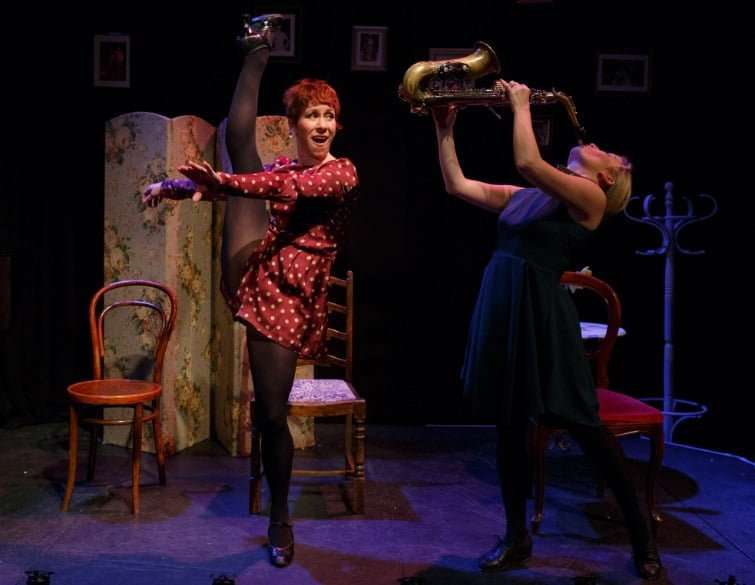 Although first staged in 1984, for whatever reason this excellent revue has never until now played the UK. Jerry Herman (born 1931) has had massive hits with such as Hello, Dolly! and Mame, and also lesser success with Mack and Mabel, Milk and Honey, Dear World, and The Grand Tour. Thirty years on the St James Studio Theatre has mounted Jerry’s Girls which turns out to be an exhilarating entertainment that’s almost beats Side by Side by Sondheim as its own game.

Originally conceived in 1981 as a cabaret for a Manhattan nightclub, Jerry’s Girls was expanded when two years later Herman had a winner with La Cage aux Folles. Jerry’s Girls recreated scenes from several of Herman’s shows and starred Carol Channing, Leslie Uggams and Andrea McArdle. It premiered in Palm Beach, Florida, and the original cast recorded an album. It moved to Broadway where it ran for over 150 performances, but with Dorothy Loudon and Chita Rivera joining Uggams.

Herman’s greatest successes were in writing songs about women for legendary female Broadway performers, exemplified by the ladies who have appeared in Hello, Dolly! He wrote the show for Ethel Merman but she didn’t want to do it but did play Dolly Levi at the end of its first run. Carol Channing created the role and was followed by Mary Martin, Ginger Rogers, Martha Raye, Betty Grable, Pearl Bailey, Phyllis Diller, Dorothy Lamour, Eve Arden, Anne Sothern, Alice Faye, Yvonne De Carlo, Molly Picon and Dora Bryan. Barbra Streisand headed the film version. Herman wrote Mame for Angela Lansbury and Mack and Mabel for Bernadette Peters. The last is to be revived at Chichester this summer with Michael Ball as Mack Sennett and an as yet unannounced actress as Mabel Normand.

The worlds of show-business and performance are seldom far from the pen of Jerry Herman. Hello, Dolly! has the number ‘Before the parade passes by’, a paean to the glitter and glamour of celebration. In Mame ‘Bosom buddies’ is a duet involving her best friend, actress Vera Charles. Mack and Mabel is about the era of silent pictures in which Sennett sings that ‘Movies were movies’ in the days “when I ran the show”, and Herman’s additional songs for A Day in Hollywood includes ‘Just go to the movies’, something that Herman often did as a young boy. 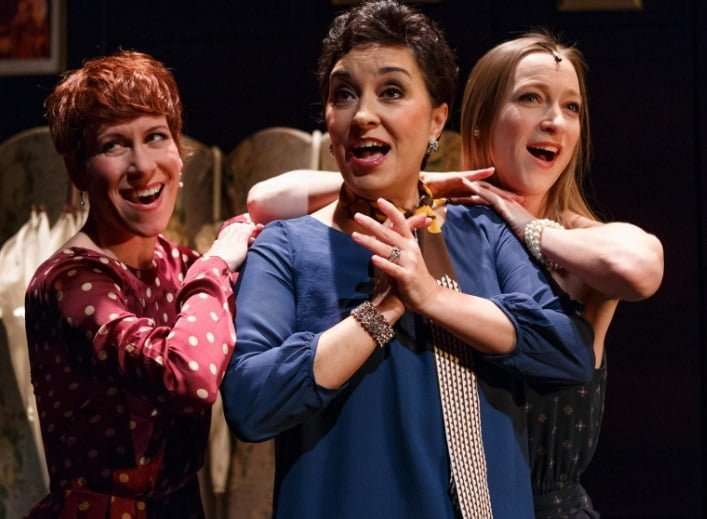 The compilation of Herman’s songs for Jerry’s Girls receives top-notch performances from Anna-Jane Casey, Ria Jones and Sarah-Louise Young, and it’s impossible to imagine anyone else doing it better. Most of Herman’s shows are covered, the songs grouped under headings such as “Vaudeville”, “Broadway” and “Movies”. It opens with the trio singing ‘Showtune’ (from Parade, a revue from 1960) and continues with numbers from Hello, Dolly! and Mack and Mabel. Jones is splendid as the meddlesome Dolly in ‘Just leave everything to me’, while Casey is suitably angry in ‘Wherever he ain’t’ from M and M. Joining the threesome for ‘Tap your troubles away’, a brilliant routine from Matthew Cole, are two exceptional musicians, Edward Court and Sophie Byrne. Both can also sing and tap up a storm, the latter while playing the saxophone!

‘Two-a-day’ (also from Parade) opens the “Vaudeville” section in which Casey and Jones also perform ‘Bosom buddies’, the bitchiest song ever written for two women. A number that Herman wrote specially for Jerry’s Girls is ‘Take it all off’, a contrast of an audience-faring young and an older stripper. Young as the former is urged to “take it all off” while Jones has to “put it back on”! The “Broadway” section covers ‘Milk and honey’ from Herman’s first show about the creation of Israel, ‘Sunday clothes’ from Hello, Dolly!, ‘If he walked into my life’ from Mame and ‘I won’t send roses’ from M and M.

The “Movies” section includes songs from A Day in Hollywood and M and M, in which Young excels in ‘Look what happened to Mabel’. The finale is devoted to La cage aux folles, from which Casey sings a sweet version of the sentimentally romantic ‘Song on the sand’ and Jones gives her all in ‘I am what I am’. Jerry’s Girls provides a terrific couple of hours with three talented performers presenting the cream of Herman’s output. Kate Colledge should be proud of her staging, a production that will surely surface again in a bigger venue. Don’t miss!