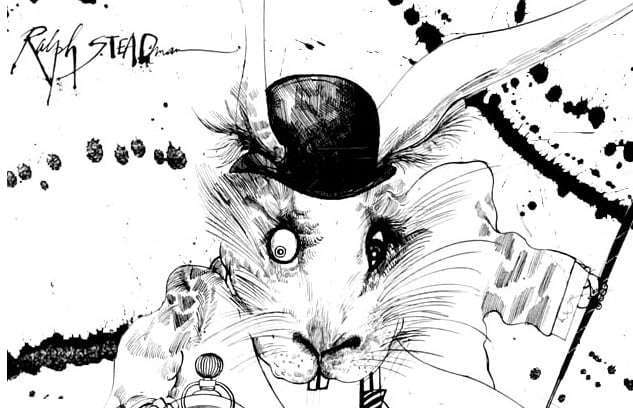 Perhaps it was serendipitously feminist, but the WOW festivities sported an unscheduled but significant addition with the UK premiere of Alice in Wonderland, the opera by Unsuk Chin, directed and designed by Netia Jones. Both women were at the service of Lewis Carroll’s inscrutable little girl in a blue frock who has been enchanting and exasperating us since she first started subverting childhood in 1865.

Is there any point in adding to the tottering pile of versions of this totem of whimsy for films, cartoons, plays, ballets and other operas? With its Tenniel illustrations, Carroll’s original nonsense children’s classic came armed with a strong visual component, and Netia Jones’s staging, costume designs and use of skillfully animated Ralph Steadman cartoons were very much in that tradition.

As with many staged concert-performance these days, the video work and animations played a crucial role. Projected onto a madly tilted screen behind the orchestra, their trippy inventiveness initially went hand in hand with Chin’s score, but soon all the full-on multimedia paraphernalia and the crazy costumes easily took over, giving the music a substance that I doubt will be communicated by the BBC Radio 3 broadcast. 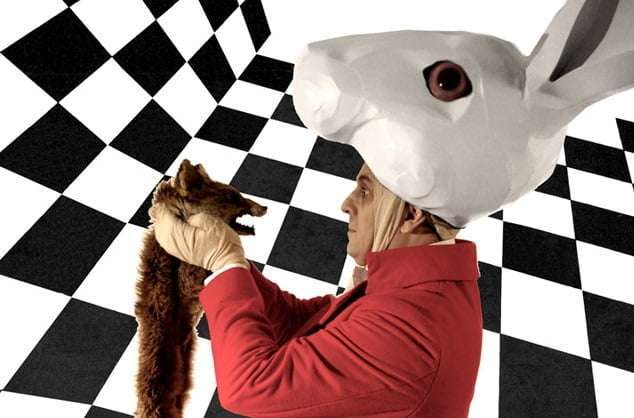 Unsuk Chin studied with Ligeti and shares his affinity with reality-bending theatre of the absurd, for which Alice in all its surreal anarchy is a sitting duck. Chin is a genius orchestral composer, an impressionist plugged into ambiguity and a deft mood-spinner. She is also a clever parodist and pasticheur – Alice abounds in eclectic juggling of styles, from baroque to rap, via Gershwin and Hollywood, along with liminal reminiscences of familiar tunes – so it almost doesn’t matter that there is no discernible personality emerging from all her technical brilliance and astute musical fusion. This is music that belongs everywhere and nowhere – a very Alice in Wonderland paradox, as it happens.

The opera opens brilliantly, Alice’s fall through the rabbit hole from one reality into another knitting the music and staging decisively together in some powerful imagery, and her ‘Drink me’ shrinking and growing were very effective. As a long evening unfolded, though, Alice’s floating world of free association began to ossify into a patience-stretching sequence of set pieces, and there was a growing doubt that Jones’s staging was running hard to service a score that was crying out to be shorter, resulting in some desperate, relentless visual overload. I also found myself increasingly distracted by David Henry Hwang’s self-consciously adult libretto – surely any Alice adaptation should at least allow for the novel’s nostalgia for childhood’s land of lost content?

For all that, this was a huge undertaking, with a big cast and orchestra (despite the latter having been reduced since the opera’s 2007 premiere in Munich yet still large enough for the singers to need amplification). My admiration for Baldur Brönniman’s unflappable, eagle-eyed conducting was boundless, the layers of Chin’s precision scoring emanating effortlessly from the BBC Symphony Orchestra, and Katherine Lacy’s bass clarinet solo, with due deference to Rhapsody in Blue, played out the Caterpillar’s identity crisis so well and so sinuously that you didn’t entirely mind that it was way too long.

Rachele Williams was heroic as Alice, her acting as accomplished as her singing of all the challenging coloratura, and she played up brilliantly to Alice’s bemusement at her dream (i.e. adult) world. The rest of the cast – a grotesquely costumed Queen of Hearts from the formidable Jane Henschel, who again diverted attention away from an overlong role; a marvellously portrayed White Rabbit from countertenor Andrew Watts; a virtuosic bel canto Cheshire Cat from Marie Arnet, accompanied by a sensational video alter ego; and a commanding Duchess from Jenni Bank, her curvaceousness distressingly bulbous.

The Barbican Hall may have been staging one of its more colourful events, but by the time we got to the absurdly distended trial scene I was praying for release from further zany excess.