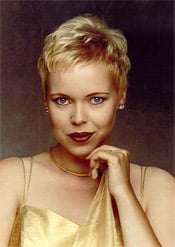 This was the second of two stimulating recitals in three days at Wigmore Hall. This one was part of the “Sibelius Beyond” festival and featured a singer virtually unknown in the UK but who has established the stature to represent her national musical tradition through her appearances at the Savonlinna Opera Festival. Here she was doing important educational work, overcoming the perception that Finland has only one reputable song composer (Sibelius) and circulating internationally the music of two of his contemporaries. At the same time her choice of repertoire doubtless had one eye on the furtherance of her own international career as more than just an interpreter of Finnish music.

Toivo Kuula (1883-1918) provided a relatively re-assuring opening to the recital. Dead from a bullet wound at 35, he wrote a mere 24 songs, some of which at least were designed to be performed by his eventual wife. The opening “Morning Song” is melodious, with a central contrasting section sandwiched between statements of the main material, and with a distinctly subordinate accompaniment. It was immediately apparent that Ruhanen possesses a substantial instrument, whose power is allied to density in the middle and lower registers. In the second Kuula song, “Summer Night in a Church Graveyard” she showed that she could control it impressively, neatly modulating her tone from the climax of her tryst with the beloved to the relaxed contentment of the conclusion. “Sailing in the Moonlight” brought the piano part more to the fore; Ilmari Räikkönen seized his opportunity in a rhapsodic interlude which he played with the determined proficiency and deadpan expression that he was to maintain all evening. “Two shepherds”, a story of supernatural abduction, exemplifies the development that Kuula was making in his final years: much more varied in musical style, in the setting of the almost word-less call to the lost shepherd-boy it also gave a chance to the singer to show her deftness in decorated music, alongside the intensity of her full-powered singing in the phrases of desperate searching.

Oskar Merikanto (1868-1924) has a more substantial oeuvre of some 150 art-songs. The majority presented here take music as their theme. “Why I sing” is a sure-fire ‘hit’, with its uninhibited joy and was well contrasted with “Bye Bye My Sweet Swaddled Baby”, in which the soft, pure writing of the outer sections are set off by a patriotic centre. By now one was confident that Rusanen would be able to scale-down her voice to these dimensions. Her partner had another chance to deploy his skills in the solemn prelude to “Death Played the Harp”. This group returned to the unbridled jubilation with which it began in “I Am Alive!”, whose final words “I sing, I sing, I sing, for the Lord made me for singing” are surely a gift for any recitalist. 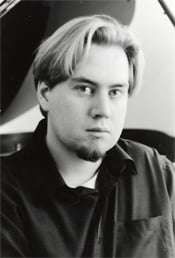 Though the Merikanto songs had established an identity for the composer, the Sibelius group made it clear that the father of Finnish music had a much more sharply-defined character, with a greater union between voice and piano and more opportunities for the singer to communicate by posture and facial expression the personality behind the words and music. Rusanen obviously intended to end the first half in the final words of “Spring fleets past” with a coy nudge and wink to the audience but this rather fell flat.

The second half was dramatic soprano territory. There was already evidence that she had the punch for this. Confirmation of her stamina came in three of the four songs associated with Sallinen’s first opera “The Horseman”. The basically dark mezzo quality of the voice is something shared with numerous Brünnhildes and Isoldes of the past and Rusanen proved herself entirely comfortable in operatic declamation. There was bounce to go with the sturdiness in ‘There is no stream’, while the certainty of intonation amidst the volatile lines of ‘Cradle Song for a Dead Horseman’ was evidence of a high standard of musicianship.

Wagner himself lay next. “Wesendonck-Lieder” was given a somewhat uneven performance. Rusanen did not fully enter into the ambiguous soundworld of these songs. An edge to the tone did not suit ‘Der Engel’. There was plenty of energy in ‘Schmerzen’ and vivid enactment of detail, such as in the last verse of ‘Im Treibhaus’, but the sultriness of that song was rather weakly painted. ‘Stehe Still!’ was the best: the journey from the restless opening to tranquillity was seamlessly traversed, the powerful coda strongly conveyed and with clear words to boot.

Four Rachmaninov songs ended the official programme. They were clearly planned to send us away with vivid memories of both singer and pianist. “A Dream” was launched impetuously; it was a pity that one blowsy high note slightly tarnished the effect. “Lilacs” was given a lovely performance, with Räikkönen’s pianissimo quavers setting the mood perfectly. He then had his moment as quasi-concert pianist in “Loneliness” before “Spring Waters” restored the balance of a true art-song. The single encore was, perhaps inevitably, Sibelius’s “Var det en dröm”.

The management of Wigmore Hall showed considerable adventure in presenting unfamiliar artists in obscure repertoire but were poorly rewarded: the hall was less than half-full. This was particularly regrettable, as Rusanen turned out to be a fully mature singer who was an ideal advocate for the work of her compatriots. Now approaching her vocal prime, I can see her as a future lyrico-spinto or even a dramatic soprano.