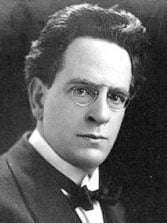 This performance of “A World Requiem” was an act of restitution for a work that, having been the centrepiece of the first four Festivals of Remembrance, fell into complete obscurity after the last of these performances on 11th November 1926; to remain unknown except for passing references as John Foulds (1880-1939) began to be rediscovered during the 1980s.

Sakari Oramo’s advocacy aside, this has been through recordings rather than at concerts; making revival of almost Foulds’s biggest work – certainly the only one to bring him before the mainstream public – a notable event. Which makes it all the more regrettable to report that “A World Requiem” fell considerably short of the distinction one had hoped for.

While apparently composed without a commission in mind, “A World Requiem” (1918-21) was unerringly ‘fit for purpose’ when it came to an official commemoration of the Armistice. The composer himself stated his intention to create a “Cenotaph in Sound” – a memorial not just to the dead of the Great War, but to all those victims of civil conflict and cultural collapse. The text – largely assembled by the composer’s second wife, the violinist and polymath Maud McCarthy – is notably inclusive in its appeal to all races and creeds, while its underlying theosophical convictions might have been expected to raise the heckles of an Establishment for whom blame, in war as in most things, lay with others.

This coupled with the fact that Foulds, though highly regarded by such peers as Cyril Scott, Eugene Goossens and Bernard Shaw, was hardly an established composer – still less an Establishment one – and the notion that forces may have conspired to ensure its removal as an Armistice Night fixture is highly probable. Conversely, opinions that the work was too solemn a commemoration to be scheduled repeatedly, or that such a commemoration should not focus continually on a single work or composer, are not unreasonable. In the event, having waived royalties on what were intended to be the first five performances, Foulds made nothing out of his only real public success – the Festival of Remembrance then assuming the guise of a military and civil ceremonial that has remained its hallmark ever since.

The stage was thus set for a revival that one would have hoped to vindicate the work in the face of whatever antagonistic forces had sealed its fate 81 years ago. A vindication that held good for much of Part One (each of the work’s two parts consisting of ten movements playing continuously for 45 minutes). This opens with the sustained grandeur of ‘Requiem’ – in which the combining of biblical and other religious writings to non-denominational effect is established – and continues with a charged ‘Pronuntatio’ and appropriately intimate ‘Confessio’ before the lively antiphonal interplay of offstage boys’ choir and onstage chorus in ‘Jubilatio’. With ‘Audite’, a dramatic peak is reached – solo baritone throwing down a gauntlet to peoples from around the globe, interspersed by fanfares from offstage brass that ultimately combine with the main forces and organ to seismic effect; after which, boys’ voices and solo soprano combine in the idyllic offstage ‘Pax’ whose contrast could not be greater. The mezzo soloist then has a ruminative ‘Consolatio’, before a defiant ‘Refutatio’ and an ethereal ‘Lux veritatis’ lead to a second ‘Requiem’ that closes the first half in a mood of eloquent benediction.

Would Part Two been able to raise the work’s all-round emotional intensity accordingly. Instead, a vigorous ‘Laudamus’ retreads the choral set-piece – familiar in oratorios stretching from Elgar andParry to Mendelssohn and even Handel – to uninspiring effect, while ‘Elysium’ inhabits a soundworld Vaughan Williams honed to a far more personal degree. ‘In pace’ has an equally generalised spirituality, though the a cappella ‘Hymn to the Redeemed’ that forms its second half (and which, cut from the first performance, received its first rendition on this occasion) has a rapt inwardness that ought to secure its future as a separate item. It prefaces a sequence comprising the next five sections, the tenor a guiding protagonist through the narrative fervency and rhetoric of ‘Angeli’, ‘Vox Dei’ and ‘Adventus’; the baritone recitative of ‘Vigilate’ then leading to the extended climax of ‘Promissio et invocatio’ – whose impact, sadly, is as little when the music can do little other than wanly recycle earlier motifs. The ‘Benedictio’ and ‘Consummatus’ then close the work to less than thrilling effect: that the ending is a contemplative one should not make it uninvolving, but a seeming inability to build – conceptually or musically – on the earlier promise was undeniable as this second half drew meekly to its conclusion. 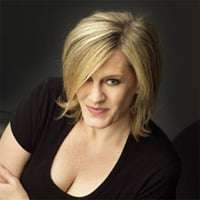 Conducted by Leon Botstein, whose belief in the work is undoubted, the performance was generally very fine. The contributions of Catherine Wyn-Rogers and Gerald Finley accounted for much of the favourable impression made by Part One; if Stuart Skelton evinced occasional strain in the lengthy narratives of Part Two, his underlying conviction was hardly in doubt. Nor, most probably, was that of Jeanne-Michèle Charbonnet, but her tendency to squall at climaxes and too often generalised manner were not wholly the result of having to be heard above the massed forces in the opening sections of the second half. About the choral singing, there could be little but praise, and it is worth noting it was the choral bodies who protested most loudly when the work was abandoned by the British Legion after that 1926 performance.

Balance between the variously deployed forces was flawlessly managed, and the work as a whole was supremely well-suited to the resonance of the Royal Albert Hall acoustic.

As such, it would have been fitting to acclaim it a lost masterpiece – more relevant today than ever: in the event, one was left with the thought that, though Foulds was a big-enough composer to have realised a work of this scale and ambition, the task he set himself ultimately proved self-defeating. Chandos will be issuing this performance in January 2008.