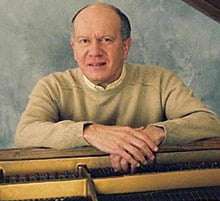 The newly formed Medical Music Society of London could not have had a better launch than this piano recital by John Lill. He presented an attractive, generous and weighty programme of masterpieces in the immediate and uncluttered acoustic of Princess Alexandra Hall.

Lill began with one of his signature composers, Beethoven. The ‘Pathétique’ Sonata opened in probing terms, with pregnant pauses, the pianist’s concentration palpable. There followed the vigour of the Allegro, and in taking the exposition repeat Lill returned to the slow introduction in order to maximise contrasts. In the familiar, lyrically beautiful slow movement, Lill did not mistake sentiment for sentimentality, and held firm in the finale to make it articulate but with no lack of decisiveness.

Close on ten years ago Lill made a significant recording of Schumann’s solo piano music (Classics for Pleasure for the CD, and Green Room for a currently unavailable LP pressing) that included the great C major Fantasy. Lill plays it magnificently live, too, possibly with a little too much impulse in the varied first movement but certainly with power and passion. The finger-twisting middle movement was fully charged, majestic even – it can seem stilted if the pianist is only concerned with getting the notes in place – and the slow finale, with its references the opening movement of Beethoven’s ‘Moonlight’ Sonata, was rapturous, Lill finding a ravishing simplicity that was sublime in its reverie and which haunted the imagination long afterwards.

Lill doesn’t offer ‘pretty’ Chopin. This particular Nocturne came into its own as the writing blooms and becomes richly ornamented. The Polonaise took hold in thrilling terms, quite Slavic – no British reserve here – and with a potent and proud sense of the national dance.

It’s easy to make Prokofiev’s Seventh Sonata seem glib, a vehicle for empty virtuosity. Not so from Lill. In this second of the composer’s so-called ‘War’ Sonatas, Lill brought out the anger and defiance of the first movement, the lyrical contrasts suggesting, depending on your point of view, solace or a view of Siberian wastelands. There was no lack of wildness but this was also a strong musical statement. The slow movement’s insouciance (rather Poulenc-like) was gracefully in place, before stormier waters arrived (naivety swimming into experience); and the toccata finale also avoided emptiness, Lill exploiting the nagging left-hand three-note motif and suggesting tolling bells at the close (bells are part of the Russian psyche). Quite often this work is all about the pianist; on this occasion it was all about the music.

Rather than play us any more music – this was a satisfyingly hefty programme – John Lill’s encore was an amusing spoken anecdote, an enjoyably different way of winding down.