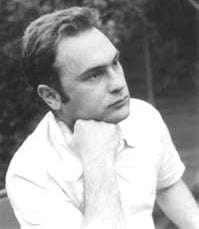 Jonathan Powell presided over three concerts in one evening, all being recorded. He was a stalwart, imperturbable presence throughout. The evening was a grand opportunity to introduce new piano pieces to the public (and for the composers to write their own, brief programme notes) and to display Powell’s very considerable pianistic technique and stamina in a variety of styles.

Three premieres followed. Morgan Hayes’s Strides 2 are bagatelle-like exercises, toying with matters like the 12-note system, white keys only and the ground bass of a Bach Sarabande. Powell’s Sixth Piano Sonata, in one movement, is unremitting – a gruff, growling beast, prone to roar. John White’s Sonata, dedicated to Powell and based on motifs from pieces written for a couple of miniature electric keyboards, had the advantage of contrast.

Collectively, these premiere-performance pieces brought into question the concept of the piano and what is its permitted role in musical composition. Lyricism is seemingly out; so are mellifluous harmony, accompanied melody, percussive intervention, rhythm and beat. What remains? Hayes, Powell and White use a “Steinway growl” – an opaque, self-contained deep grumble, loud and rather strained. Its presence led nowhere. John White provides an alternative treatment – a pointillist collage of isolated pings from high up the keyboard.

The Scriabin sonata was a welcome relief. Here was a class act – not merely through using melody and harmony, but also for its sense of form and progression towards some end – and also for enabling Jonathan Powell to display his pianism in a more traditional setting.

The Scriabin was also of appropriate length for the material it contained. That could not be said of the three previous works – nor indeed of Out Jumps Jack Death which came next. Andrew Toovey’s work is cool and spare, static and controlled. It invited the thought that “less is more”; that music often suffers through being written with too many notes. The piece is rather too long, however, its fascination palling before its rather abrupt end arrived.

Michael Finnissy’s Fifth Piano Concerto is for voice, piano, flute, oboe and vibraphone. He treats the voice as one of the instruments, sympathetically. Sarah Leonard sang her almost continuous, wordless melody most appealingly, a flowing discourse interweaving with counterpoint from the other instruments. I enjoyed this piece. The vocal section, however, outstayed its welcome – you’re fond of the guest, but wish she would go home. The concluding section, purely instrumental, made a satisfying coda, of apposite length. Finnissy’s Sixth Piano Concerto is for piano solo, displaying pyrotechnics of a post-modernist kind, including an extended virtuoso section where both hands trilled on the very highest reaches of the keyboard.

The two-piano duets were fun. Powell and Jørgen Hald Nielsen gave substance and movement to En blanc et noir, unawed by Debussy’s undeserved reputation for striving after a rather cute diaphanous atmosphere. Busoni’s arrangement of the finale of Mozart’s Piano Concerto in F (K459) was a bucolic romp, for which the pianists changed places. Readymade I and Embrace were exercises in delegation. In the former, fragments are played in any order but following a set of simple rules. The latter comprises six pieces – three per pianist – which “should not” be rehearsed jointly, so that each pianist “has to” listen to the other during a public performance. The results were rather inconsequential – perhaps through intent.