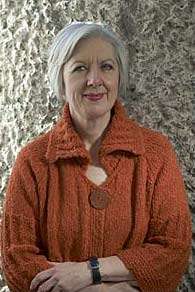 The final day of “Judith Weir: Telling the Tale” centered on three concerts (the first two in LSO St Luke’s) that between them gave a good account of her musical range. Unlike many of her contemporaries (British or otherwise), song-writing is a genre she has readily embraced; the early-afternoon recital featured a representative overview of these, in the company of composers from earlier generations who have influenced her.

Certainly it was instructive to hear her songs in the context of Percy Grainger, whose equivocation between the transcribing of folk-melodies and the composing of original songs creates a tension that infuses the robust irony of “Bold William Taylor” (1908) and the melting poignancy of “The Sprig of Thyme” (1907). George Butterworth favours a less interventionist though still personal approach in his wistful “The Blacksmith Courted Me” (1912), with the distinctive song-writing of Francis George Scott (1880-1958) demonstrated in such Hugh MacDiarmid settings as “The Eemis Stane” (1934), with its elliptical yet sensuous harmonies, and urban-tinged vigour of “The Sauchs in the Reuch Heuch Hauch” (1949); these two preceded by his winsome setting of Robert Burns’s “O wha my babie-clouts will buy”. Herbert Howells featured with his thoughtfully archaic treatment of Walter de la Mare’s “King David” (1919), as did Britten with his brittle setting of Thomas Hardy’s ‘Proud Songsters’ (from the 1953 cycle “Winter Words”), and also Haydn Wood with his urbane setting of Rayden Barrie’s “A Brown Bird Singing” (1922).

These were variously interspersed among Weir’s own songs. Included here were three song-cycles: the witty and resourceful “Songs from the Exotic” (1987), utilising folk texts derived from Serbian, Spanish and Gaelic sources; the early though already characteristic “Scotch Minstrelsy” (1982), whose often gruesome Scottish ballads are treated with an appealing deftness and mordancy; and the more recent “The Voice of Desire” (2003), in which a powerfully expressive vocal-line (the more so through its restraint) and limpid piano-writing probe and unify a miscellany of texts by Robert Bridges, Ulli Beier, Thomas Hardy and John Keats. Three individual songs were no less characteristic of her craft: “On Buying a Horse” (1991), an anonymous ‘counting’ text made to yield an unexpected starkness and intensity; an evocative setting of Heinrich Rellstab’s “Ständchen” (1997) that conjures up Schubert’s evergreen without being in the least beholden to it; and “Ox Mountain Was Covered by Trees” (1990), whose paraphrase of Mencius quoting Confucius is a telling indictment of short-term human thinking. 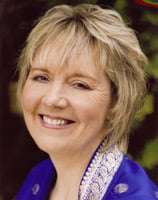 The judicious programming was enhanced by the excellence of the performances – Susan Bickley’s sensitivity and vocal allure confirming her among the finest mezzos of her generation, with Andrew Kennedy’s sense of word-painting only occasionally offset by his over-enthusiastic gesticulations. Iain Burnside demonstrated once again that he has few rivals in the subtlety of his accompaniments.

The late-afternoon concert featured the Guildhall Chamber Orchestra in an hour-long programme of two larger pieces. The display element has been conspicuous by its absence in Weir’s music, but her Piano Concerto (1997) is a resourceful and effective foil to the virtuoso constraints of the genre – allied here to a deceptive simplicity wholly typical of the composer. Scored for just nine strings, its first movement inter-cuts between stasis and dynamism so as to maintain an ingenious poise betweenpiano and orchestra, while its successor is a varied and emotionally cumulative series of variants on the fragmentary folk-tune “The Sweet Primeroses”. In its interplay of rhythmic syncopation and swooning melody, the finale provides an admirable foil – its final gesture curt in the extreme. Scintillating played by Edward Pick, this is likely the most successful of Weir’s larger works.

Whereas the work that followed is probably Weir’s most controversial. Certainly the circumstances of its commission – by Jessye Norman to a specially-written sequence by three leading American female poets – rather overshadowed the premiere (at least in the UK) of the song-cycle “woman.life.song” (2000). This 43-minute piece is on an imposing scale; as befits a narrative tracing a woman’s experience from youth through to maturity. 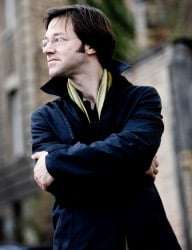 Never one to indulge in overkill, Weir keeps her instrumental forces within limits (harp and guitar as well as three percussionists added to a classically-proportioned orchestra), and places the musical emphasis firmly on word-setting. The seven sections (grouped into four main parts) evince various compositional challenges – but whereas the opening and closing poems by Maya Angelou, as also those by Toni Morrison, have a succinctness and immediacy that (whether spoken or sung) suit Weir ideally, the sprawling texts by Clarissa Pinkola Estés present problems of long-term coherence that all but defeat her ingenious intermingling of evolution and repetition; in the process, extending the work beyond the length it reasonably needed to be. Not that Rowan Hellier was other than at-one with the poetic sentiments expressed, while André de Ridder’s conducting was an object-lessen in unforced momentum. A flawed work, then, but a necessary revival in a retrospective such as this.

The evening concert, in the Barbican Hall, featured two of the choral works that are a notable feature in Weir’s latter-day output. “Moon and Star” (1995) takes the typically plain-spun transcendentalism of an Emily Dickinson poem as the point of departure for a meditation on the cosmos that, uniquely for this composer, focuseson sound rather than sense. Thus the BBC Singers were placed centrally within the orchestra, their contribution merely an element in the overall texture – brought off with the expected clarity and a notable absence of avant-garde angst, for all that the music lacked a greater emotional intensity.

If such did not undermine the evocativeness of this piece as a whole, the same cannot be said of the disappointing “CONCRETE” (2007). The concept behind the work – a sequence of quotations ranging from Latin and Greek to Victorian sources, and given continuity through extracts from John Evelyn’s descriptions of the ‘Great Fire’, on the evolving entity that is London – is an apposite one, made more so by reference to a blueprint for what became the Barbican complex, but the musical follow-through over its five (more or less) continuous sections and integration of chorus and orchestra felt provisional, even piecemeal; for all that Samuel West (now sounding uncannily like his father, Timothy) injected welcome decisiveness into the narration and the BBC Symphony Chorus and Orchestra responded ably to Martyn Brabbins’s direction. Yet what might have been a thoughtfully understated ode to a great city came over more as a tepid commemoration.

Than again, the problem of Weir projecting her musical individuality onto a larger or more immediate canvas is not a new one. The point was highlighted by a revival of Michael Finnissy’s Red Earth (1988).Weir has spoken of Finnissy as the most important living British composer, and if the latter’s output is as uneven as it is all-encompassing, it does contain a number of what might reasonably be termed ‘masterpieces’. Not least the present work – a depiction of the Australian desert as seen from the air conveyed via a mesmeric orchestral soundscape in which textural intricacy and dynamic reticence create a palpable tension that remains necessarily unresolved. Here is musical evocation of a scale and impact that has so far eluded Weir, and which made a gripping impression in this performance.

It capped a rewarding day of concerts that vindicated Judith Weir as a choice for the BBC Symphony Orchestra’s “ComposerWeekend” – the final one, it appears, of a series that has enlivened January these past two decades.