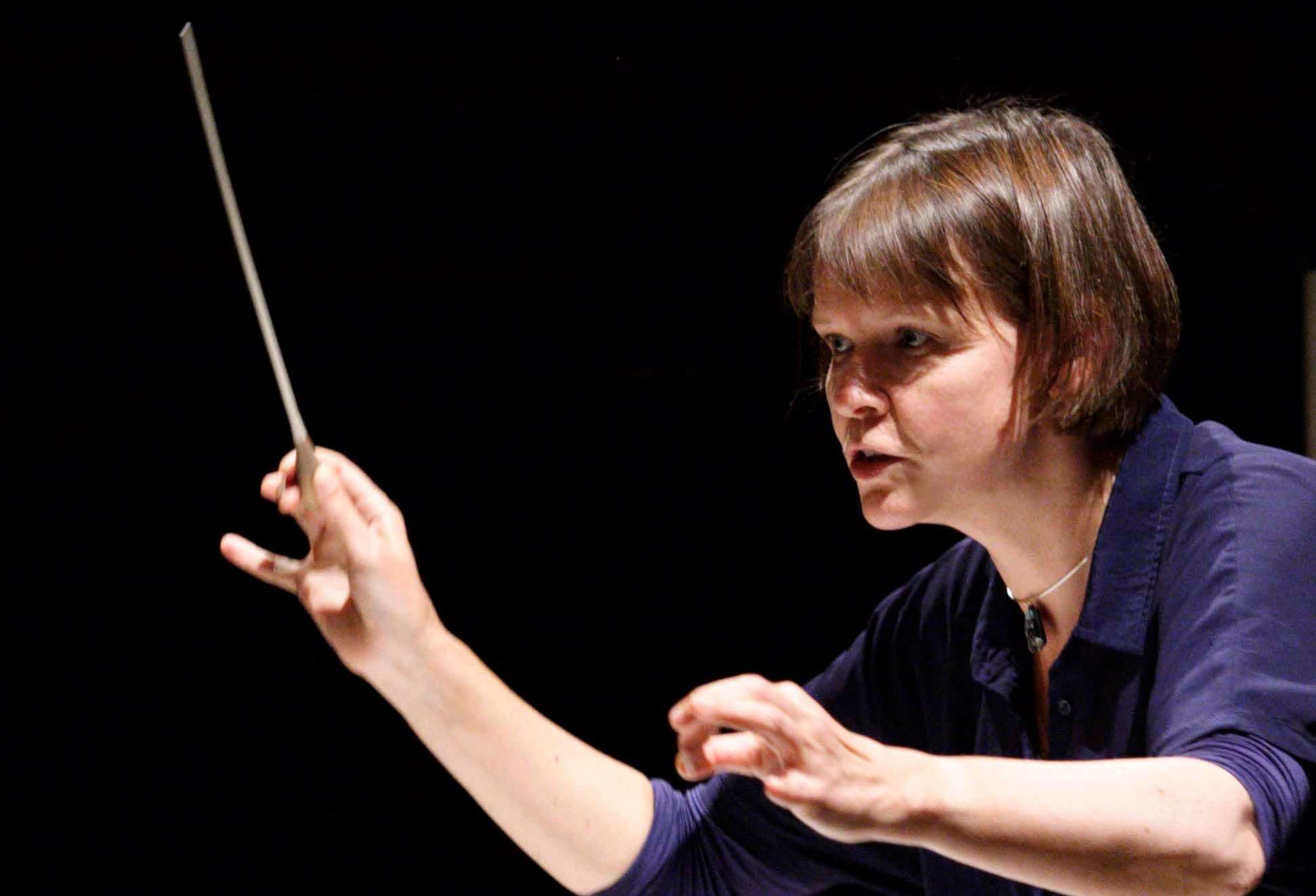 In recent years, during any one season, the Kensington Symphony Orchestra’s long-serving music director Russell Keable has invited a guest conductor for a concert, here Alice Farnham. She’s a versatile musician and, as a pianist, is soon to embark on a “Joyce Grenfell UK Tour” with Cheryl Knight playing the actress and comedienne who died in 1979 and is perhaps best-remembered today for appearing in the St Trinian’s films.

Farnham’s KSO debut, which was overall impressive, included Prokofiev’s wonderful Seventh Symphony (really his eighth as there are two distinct versions of the Fourth, Opuses 47 and 112). If this was the least inspiring part of the evening in terms of accomplishment, the music was generally well served, although detracted from by a tendency to suggest that the scoring is rather glaring and also by some miscalculated tempos. The end of the waltzing second movement really needs to be let off the leash, but here the reins were kept too tight. Otherwise its spiky wit and curvaceous lines were well catered for (although the KSO might like to invest in a new tambourine, the one used here sounding distinctly odd). The other slip-up was the laboured speed for the vaudeville-like finale, which should tumble forward acrobatically, and with humour, but came across as stiff and dour with little contrast between sections.

Otherwise all was fine. Prokofiev 7 (1952, the shadow of death not far away from the ill composer, he passed away the following year) is bathed in nostalgia and regret, an adult’s view of childhood seen through experienced eyes. There is though room for elegance and fun, and epic melodies opulently orchestrated, also a simplicity that gnaws at the heart, not least in the slow movement, which was expressively turned with plenty of pathos. And Farnham had the measure of the first movement, the tempo (and variants) well judged, capturing emotional burden and panoramic vistas. 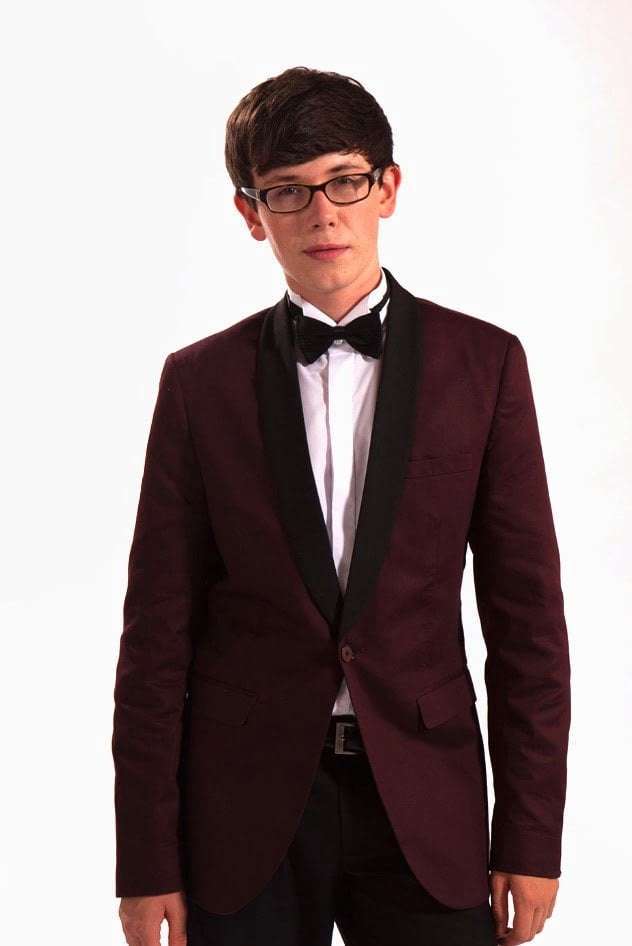 Come the end of the work (and a return to the big tune of the opening movement), a tinkling fading of the light, Farnham was absolutely right to stick with Prokofiev’s original intentions and let the Symphony stop with a simple but significant pizzicato: the rip-roaring conclusion that the composer added, tacking on the finale’s main idea, was him being no more than politically-correct and deciding that the requested optimistic ending would make things easier for him. Heard as he planned, this quiet unambiguous envoi is quite chilling and was sensitively handled.

The concert had begun with the London premiere of Charlotte Bray’s Black Rainbow (2013) which was given its first performance last February by the CBSO Youth Orchestra and Jac van Steen. It’s another striking piece from Bray, full of and inspired by theatrical imagination. To quote the composer: “A rainbow seen at night can be referred to as a black rainbow; difficult to see, the colors [sic – she’s English, by the way] are often hidden; a metaphor for something sought after but impossible to attain, an alluring ongoing search.”

Whatever the inspiration, Black Rainbow comes off superbly as absolute music, opening from the depths and constantly engaging the ear with strong ideas and orchestration that is a model of colourful clarity, however complex. With the KSO in top form, Farnham a lucid guide – preparation had been thorough – the music’s suspense, activity and expressive melody easily crossed the footlights with the right sort of tension to sustain this 12-minute piece through to its creepy conclusion, leaving the listener wondering what might happen next. Had the composer (now in her early-thirties) attended, as she no doubt would like to have done, she would have heard a very convincing performance. Black Rainbow, together with the Proms commission from 2012 (which Mark Elder conducted), confirm that Bray is a special talent. I really must get NMC’s disc of her music!

Another special talent, Martin James Bartlett, featured in Rachmaninov’s Paganini Rhapsody. Less than a year ago, he won BBC Young Musician of the Year, aged 17, also with ‘Pag Rhap’, which he was scheduled to give at St John’s just a couple of months ago. It is then his current signature-piece. This is the first time I have heard him in a substantial work (I missed the BBC Final) although my curiosity had been whetted when he played the finale of Prokofiev’s Sonata No.7 in the Christmas edition of Radio 3’s In Tune. Rather than make it very fast and brutally loud – often the way – Bartlett gave a startlingly sophisticated and measured account that in no way denuded the toccata, powerful and energised nature of the beast.

It was similar with the Rachmaninov. Showmanship is sometimes foisted upon it. Not from Bartlett, whose playing was immaculate, thoughtful and beautifully touched. He conjured alluring timbres. Rather than use the music for his own ends, Bartlett searched it for character and came up trumps. If occasionally a tempo was a little retarded, there was also much sparkle, dash and romance, as well as insider-dealing with a fully supportive orchestra and conductor. Variation XVIII was swept along without making a movie out of it.

I assume and hope that Martin James Bartlett (currently studying at the Royal College of Music and at the Purcell School) wishes to pursue a full-time career as a pianist, for I have no doubt that this discriminating and imaginative interpreter will go a very long way and become appreciated as a musician’s musician.