This well-planned programme of music rarely heard in the concert-hall made a refreshing change from the same-old programming of many professional bands today, wherein, in repertoire terms, Symphonies by Haydn, Mozart and Schubert appear to be discarded for later such works by Bruckner, Mahler, Rachmaninov and Shostakovich – the music of the latter quartet being given any evening of the week. 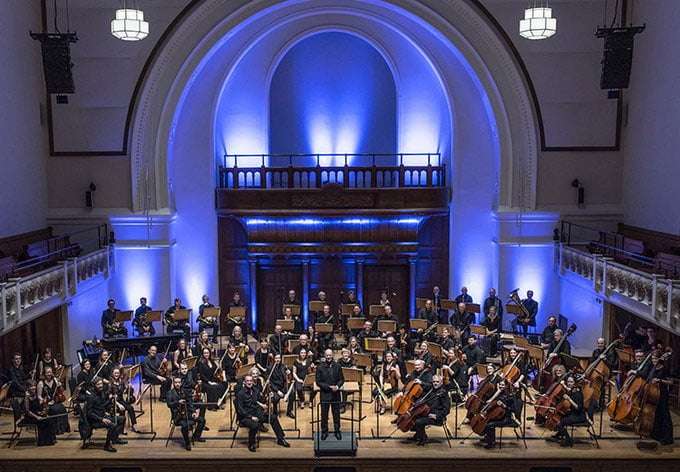 It is the programming of semi-professional and amateur orchestras that is often much more adventurous, but such organisations often pay the price at the box office, for this concert attracted an audience rather less in numbers than it deserved.

Liadov’s The Enchanted Lake is an example of those shorter Romantic concert pieces that were once often-heard half a century ago. Dating from 1909, and finely orchestrated by a master of his craft, this piece, in the final analysis, lacks melodic distinction although in terms of atmosphere it succeeds exceptionally well. Liadov was noted for his laziness, however, and although Diaghilev asked him to write the music for The Firebird ballet, the composer’s procrastination led the impresario to approach the young Igor Stravinsky. The rest is history, but those works Liadov did complete reveal a very gifted musician with a fine ear for colour and balance.

Much of these characteristics were clear in Russell Keable’s account, which the Kensington Symphony Orchestra played to a high degree, but the Cadogan Hall acoustic told somewhat against the dynamics and balance of this performance, good as it was. In terms of atmosphere, something was lacking.

Huw Watkins’s recent Symphony composed for the Hallé, is in two movements. Today, when what constitutes a Symphony is pretty much what the composer says it is, it is refreshing to encounter a work that takes its responsibilities seriously. Watkins’s design is a daring if not unique proposition, for such as Nielsen 5, Simpson 3 and a couple of Symphonies by Alun Hoddinott are similarly planned – and it was enthralling to hear how this gifted composer solves the task he had set himself.

That we were able to follow the genuine threads of the work was in no small way due to the fine performance: committed and technically assured, there was no doubting that Watkins’s Symphony had been more than thoroughly prepared, so the independent life the music expresses could be clearly followed.

Huw Watkins’s Symphony is a serious, genuine piece of truly organic musical composition, admirably scored, with the musical arguments propounded in the first movement taken up and developed further to the dramatic closing pages in the second. Such caveats as initially arose in this listener were in terms of the closing bars of the first movement and the failure of momentum in the second. Whilst one can sense the artistic necessity of ending the first movement in such an almost off-hand manner, perhaps a slightly higher dynamic and greater instrumental strength, as in Sibelius’s First Symphony, would have made the on-going point better. But Watkins’s splendid control of pulse in the first half of the second movement is truly life-enhancing; only when that pulse seems to revert to that of the slower first movement did one feel such an interruption in the music’s forward momentum may have been a miscalculation, for the music, in a very real sense, had to get going again if the expressive power of the work is not to dissipate. That Watkins succeeded is further proof of his genuinely symphonic thinking, made clear by the extraordinarily impressive nature of Keable’s conducting: a true interpretation of eminently worthwhile music, as the Symphony powered to its conclusion, the over-riding quintuplet figure now unstoppable in impact. The composer must have been thrilled at this account – one hopes it inspires him to begin his Second Symphony.

Sibelius’s Lemminkäinen Legends do not truly cohere as an organic work, nor are the first two sufficiently differentiated in terms of material, scale and treatment to be considered as parts of such, although ‘The Swan of Tuonela’ (placed third) and ‘Lemminkäinen’s Return’ may be considered symphonically joined. In The Swan, Chris Astles’s cor anglais solo was finely phrased and very well balanced with the largely multi-layered string accompaniment, and in many ways, throughout the complete work, Keable’s tempos and sense of genuine inner momentum were truly admirable, expressed through a masterly conducting technique. One may feel that Cadogan Hall is not, acoustically, the most suitable venue for programmatic atmospheric music, but there was no doubt of the conductor’s and the musicians’ devotion to these scores.