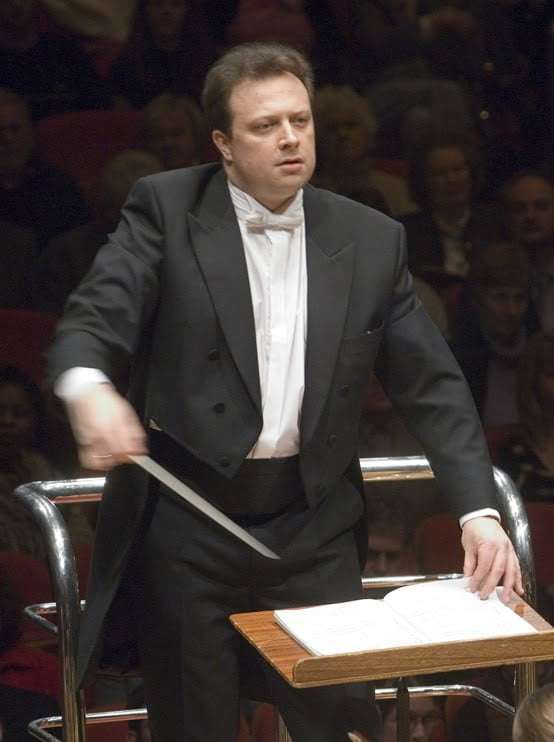 A subtle and fascinating piece of programme-planning, this, combining the two masterpieces each of these contemporaneous composers gave to the world in 1953 – composers who met for the first time in London, seven years later, after which they became very close musical friends and colleagues, with each dedicating a major work to the other.

Britten’s Gloriana was the opera commissioned for the Queen’s Coronation that year, which was premiered at Covent Garden just a few days after that event in the presence of Her Majesty. The Queen’s presence demanded the attendance of virtually the entire diplomatic corps, not just from the Foreign Office, but from every country: their Ambassador, plus the Ambassador’s wife, with individual countries’ cultural attaché, and the attaché’s wife – and so on – with the result that the majority of the audience (certainly in the stalls) sat through this still-astonishing masterpiece like a load of stuffed dummies, almost totally incapable (obviously, there would be exceptions) of appreciating Britten’s achievement. The opera is about Queen Elizabeth I, and the final scene has her, as an old woman, discarding her wig, revealing her baldness and berating her fate in having to sacrifice personal happiness for the sake of holding the country together – at that point in the opera lapsing, after hours of music, into speech.

The spectacle was too much for the large number of uninitiated, inartistic and unmusical members of the audience, who felt it disrespectful to Elizabeth’s successor – and the opera’s dedicatee – to portray an embittered old woman, especially as the young Queen was in the audience. With the protagonist lapsing into speech at the end, the hefty squad of Britten-haters then took this as an indication that the composer had run out of inspiration, not leaving himself sufficient time to set the words to music.

So, with an inexperienced audience, dressed to the nines, you may imagine the reaction of those who were shocked at the reception the work received. But Britten was not wholly discouraged at the general reception of Gloriana. He had seen Her Majesty at the end, applauding enthusiastically – thereby obliging everyone else to do the same. A letter in The Times a few days later from Vaughan Williams must have given him considerable comfort, but in terms of another grand opera from Britten, it was seven years before A Midsummer Night’s Dream appeared.

Gloriana had a reputation for being Britten’s ‘unlucky’ opera. It was only revived ten years later, and then in concert form, on the evening of his 50th-birthday – 22 November 1963 – and the speech he gave from the platform of the Royal Festival Hall that night referred to Gloriana as “this old piece”. But that date will be forever remembered as that of President Kennedy’s assassination in Dallas and Gloriana was again overshadowed by outside events. Nonetheless, Gloriana has since had a number of excellent revivals, most notably at English National Opera, but the Britten centenary production at the Royal Opera House was almost pointedly offensive. It would have horrified Britten, and may indeed have condemned his demonstrable masterpiece to oblivion for another generation.

However, the ‘Choral Dances’, the second ‘Lute Song’, and the Symphonic Suite that Britten extracted, will have played their part in keeping interest alive in Gloriana. The 1953 Coronation did indeed appear to usher in a new, more vibrant age, perhaps in the wake of the death of Queen Mary at 85 some months before signifying the passing of the old, as did the death of Joseph Stalin, three weeks before Queen Mary, similarly appear to herald a detente in relations with the USSR. At least, in Russia, Shostakovich now felt free to release those works he had written or planned or in other respects kept from public scrutiny in the last years of the dictator’s life in the wake of the 1948 Zhdanov Decree, including the Tenth Symphony, which was first heard in December 1953.

Gloriana and Shostakovich 10 share not only a temporal connexion in terms of when they were written but also reveal, almost for the first time in each composer’s output, that in their art the personal has now become public: Gloriana portrays a central character at the end of their life, with myriad human frailties and failures, alongside their successes, faced and acknowledged. It may be too much to claim that Elizabeth I is Britten himself, but he surely felt for the character who has to suffer personal deprivation whilst being unwittingly forced – indeed, driven, by dint of circumstance – to live out much of their lives in public terms, the reality so often hidden from view. In Shostakovich’s Tenth, he, too, had spent much time ‘underground’ and now, for the first true time in his output, he can reveal himself as the tough inner fighter we eventually came to recognise and admire.

Criticism of Gloriana also extended to the Symphonic Suite, even down to its titling – but Britten was right to add ‘symphonic’, for the narrative of the opera itself is conveyed in totally symphonic terms in its “large-scale integration of contrasts” (Hans Keller’s definition), and not a piece of faux-Elizabethan pastiche – although in terms of character, the music naturally takes elements of that music as a starting-point.

Perhaps one reason for the lack of familiarity with the Suite is that it follows the contours of the opera too closely – it does not end brilliantly, but very quietly, tragically, causing the listener to pause and consider the temporality and common destiny of all mankind. People often don’t like to be reminded of that but Britten (and Shostakovich, too) faces matters head-on and thereby poses challenges to those who would interpret it.

It is a measure of guest-conductor’s Michael Seal’s admirable insight that he brought this wonderful music to life in an account that was deeply impressive. The playing of the Kensington Symphony Orchestra was excellent throughout, but Seal’s control of tempos and sense of inner structure must have come as a revelation to those who do not know this work, and the KSO relished the myriad opportunities Britten gives for characterisation, individual expression and corporate display.

Shostakovich 10 may pose rather more problems for the interpreter. They are of a different kind, although such is the power and directness of utterance of that much of the Symphony’s quality will shine through even a superficial performance – which this, most certainly, was not.

Seal has the measure of this masterpiece, and in terms of structural understanding, he delivered a reading that was more than impressive, indeed, shot through with considerable insight. Although the main problem Shostakovich poses in the first movement is of his own making – this 20-minute-plus creation can so often seem to lack a proper dominant preparation in terms of the return to the tonic, two-thirds of the way through, that more superficial conductors fail to grasp the necessity of maintaining an inner pulse, underpinned with a heavy heart, which enables the tonal basis to make its fullest effect. But in this regard, Seal was absolutely spot-on and the KSO responded magnificently, ramming the point home with considerable force and majesty.

The Scherzo was equally impressive: very fast, played with every ounce of fire and virtuosity the music demands. The enigmatic slow movement, as Shostakovich himself (via the emergent DSCH motif) appears, was equally finely-paced and excellently shaped, and Seal once again showed his mastery in the B minor-ish (dominant preparation now writ large!) slow introduction to the Finale. Here, Shostakovich is at his most subtle – the 10-note cello line which opens the movement begins to fulfil the function of a 12-note row, with just two notes missing: E and G-sharp. Combined with B, they form the tonic major chord towards which, gradually free from earlier shackles, the music has been moving. This passage requires the most exceptional finesse in terms of tempo and maintaining a sense of gradual forward momentum if the arrival of E-major itself is to make its full effect. Seal’s control was superb, so that when the Finale began, free from all uncertainty, the sense of relief and release was almost tangible. Ultimately the DSCH motif, emerging triumphant in the hectic closing bars, rammed this magnificent work home. A great interpretation, magnificently played.