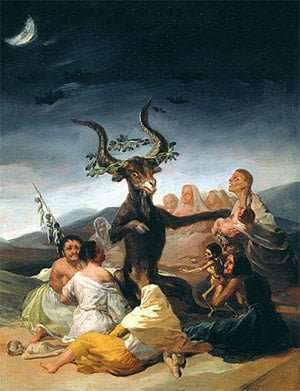 Satanic rites, a dance of death, passions, reveries, a march to the scaffold and gaggling witches. Not what you’d expect from the well-heeled folk taking the name of one of London’s Royal boroughs (extending to Chelsea) … but appearances can be deceptive. The members of the Kensington Symphony Orchestra and their chief druid, Russell Keable, became devil-worshippers with Mussorgsky’s original version of Night on the Bare Mountain – an outdoor event credited to St John – a score later made correct by the well-meaning and highly skilled Rimsky-Korsakov. There have been rawer, more graphic accounts of Mussorgsky’s untutored first edition, but the KSO’s was growly and ghoulish, sinful and suspenseful … diabolical in fact!

Step forward Ji Liu (born 1990), Shanghai-trained, a graduate of the Royal Academy of Music, a pupil of Dmitri Bashkirov, and he has also enjoyed “guidance” from such as Imogen Cooper, Barry Douglas and Stephen Hough. In Liszt’s Totentanz, if there was a suspicion that he was sometimes playing ‘from rote’, there was much to impress in Ji Liu’s fearless glissandos 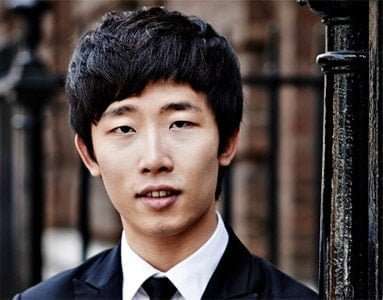 and a saturnine lyricism that attracted supernatural suggestion. As Liszt surreptitiously stalks the ‘day of judgement’ ditty, Ji Liu remained as cool as a cucumber as his fingers played with fire. Keable and his musicians accompanied faithfully but could have been less polite and opened up more both the volume and an edge. Nevertheless this was a fine performance of a masterpiece and established Ji Liu as ‘one to watch’. On 27 January, Ji Liu’s debut album, “Piano Reflections”, is released on the Classic FM label.

After the interval, Berlioz’s story as symphony, love- and drug-fuelled, opened in poetic and yearning fashion, Keable’s use of antiphonal violins providing many aural exchanges, as throughout, the phrasing tender, the musicians then responding warmly to the conductor’s flexible approach. Surprisingly, Keable passed over the repeats in the first and fourth movements, the latter as unusual as it is mandatory as the Artist is frog-marched to the gallows, but the tempo was ideally measured, the brass contributing a gothic glower and Madame La Guillotine certainly made the cut.

Previously, in the exquisitely shaped waltz of the second movement, the placing of the harps at the very front of the platform looked a miscalculation and offered very little other than two spot-lit instruments. Given this is the only movement in which Berlioz uses harps, their operators were then required to retire from their limelight position, all rather messy, but at least we were spared the irritating cornet solo that Berlioz wisely marked ad lib. Other slip-ups included a too present oboe to represent the ‘distant beloved’ – otherwise this excursion into the country third-movement traced serenity to ominous thunder via volatile outbursts with certainty – and the finale’s bell was more ront-door than doom-laden as the ‘Witches’ Sabbath’ started to bubble, overly civilised at first but accumulating by stealth to a cauldron-overspill of a coda.

Once again the KSO blurred the line between amateur and professional and spooked the audience in the process.